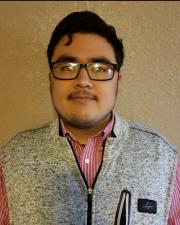 Jesus Nunez is a Sophomore at Colorado School of Mines where he is getting his Computer Science degree with a focus in Computer Engineering. He is an avid Linux user and Vice President to the Linux Users Group.

Initially released on September 17th, 1991, by Linux Torvalds, Linux is a set of open source Unix-like operating systems. Unlike MacOS and Windows, Linux is open source, meaning that the source code that makes up the Kernel is available for anyone to use, modify, and distribute. Linux also operates similarly to the original Unix system by Bell labs.

How does Linux work?

By itself, Linux is just a kernel. For that reason, Linux is often referring to as a collection of distributions such as Ubuntu, Debian, Fedora, and Arch. These distributions are bundles of different software that make up an operating system. These bundles are typically easy to install, often with dedicated installers that take the user step-by-step, while others are more hands-on during the installation process.

What makes up the Linux operating system?

The Linux operating system is composed of several different parts, including:

The bootloader is a piece of software that loads the operating system once your PC turns on. Notable bootloaders are GRUB, syslinux, and systemd-boot. You can read more on each software in the boot section of the Arch Linux wiki.

This is what Linux is without any of the extra software. Barebones Linux is just the kernel that manages devices from keyboards to the actual CPU. It handles memory allocation and this is the lowest level in the OS with the most power over the system.

The Init system is software that manages to boot the OS once the bootloader hands it off. The Init system is the first program to run when booted into Linux and it keeps running until shutdown. The init system is responsible for managing processes to run once in the operating system. Popular Init systems are systemD, anopa, openRC, and runit. SystemD is the most used (and most controversial).

These are the background processes/services that run either on boot or after login to the desktop. The Init system manages daemons.

The graphical server is in charge of managing the display of all graphics onto the screen. There are two graphical servers – X.org (often called X or X11) and Wayland. X is more commonly used, as it is the older of the two (1984). Wayland is a newer graphical server, with its initial release in 2008, and has been made to be more secure, simpler, and modern than X.

This software runs the actual desktop. The graphical server only displays content to the screen and the Desktop environment is what manages windows and how the overall desktop looks. The desktop environment generally comes with other software to make it easier to use. There is a wide variety of desktop managers, each with their own unique look and functionality. Notable examples are Bungie, GNOME, KDE Plasma, LXDE, and Cinnamon.

Where is Linux used?

Linux is used in a variety of places one may not expect. Many embedded devices run Linux, as it can require very little to run.

Creating software to run devices such as smart appliances and other embedded devices can be costly; Linux is used by many manufacturers as an alternative to creating their own systems.

Linux is also largely used in data centers and supercomputers due to the large amount of software available such as Docker/Kubernetes.

Benefits of the Linux kernel

Along with the many benefits, Linux does come with its own drawbacks as well.