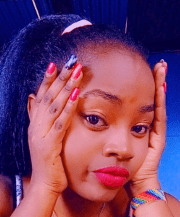 What is Kafka? How to Build and Dockerize a Kafka Cluster

Kafka is an open-source, distributed event streaming platform. It enables developers to collect, store and process data to build real-time event-driven applications at scale. It allows developers to build applications that continuously produce and consume streams of data records, making the application a high-performance data pipeline.

How does a Kafka application work?

This means there are more interaction environments that the company needs to configure, such as choosing network protocols and data formats to determine data shapes and data evolutions.

If a company has ten such source systems and fifteen target systems, the company needs to have at least 150 well-established connections to enable data interactions between these systems. Thus, each time you integrated a source system with a target system, you will have an increased load of connections that the application needs to make.

Let’s take a case of traditional HTTP networks protocol where a client sends a message to a server. Due to a load of connections, this means the server has a high possibility of being slow to respond to the client. In this case, the client is coupled with the server. If the server is slow, we get low latency. If the server dies, the request fails and has to be retried. This is where Kafka comes to the rescue. 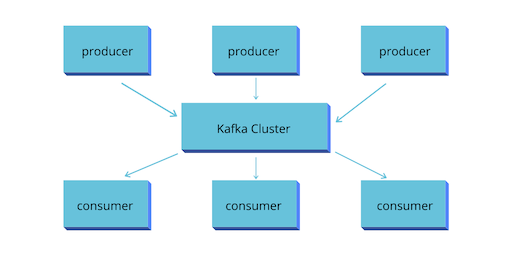 And often, a Kafka server is referred to as a broker. It acts as a system where you can store messages. A consumer who may be interested in the message will get the message from the Kafka broker. This creates a lot of architectural advantages with scalability and high availability. We can scale producers (clients) to produce more messages, more brokers (Kafka) to deal with messages, and scale consumers (servers) to process messages.

Why we need Kafka

Unlike the traditional HTTP networks, a Kafka cluster is fault-tolerant. The system will still operate whenever one component fails. Furthermore, Kafka can replicate data across several brokers. When a producer produces a message, Kafka will use a replication factor to publish these messages across different Kafka brokers.

In each broker, messages are stored as a topic. Topics can be divided into partitions, and the message goes into a partition. We can tell Kafka to store copies of that message on separate brokers in different partitions. This way, when a broker dies, messages are not lost.

In addition, an interested consumer can subscribe to these topics and start receiving messages in order with an index number assigned to each message. Furthermore, if the consumer fails or crashes, it can use the index number to retry and continue where it left off. 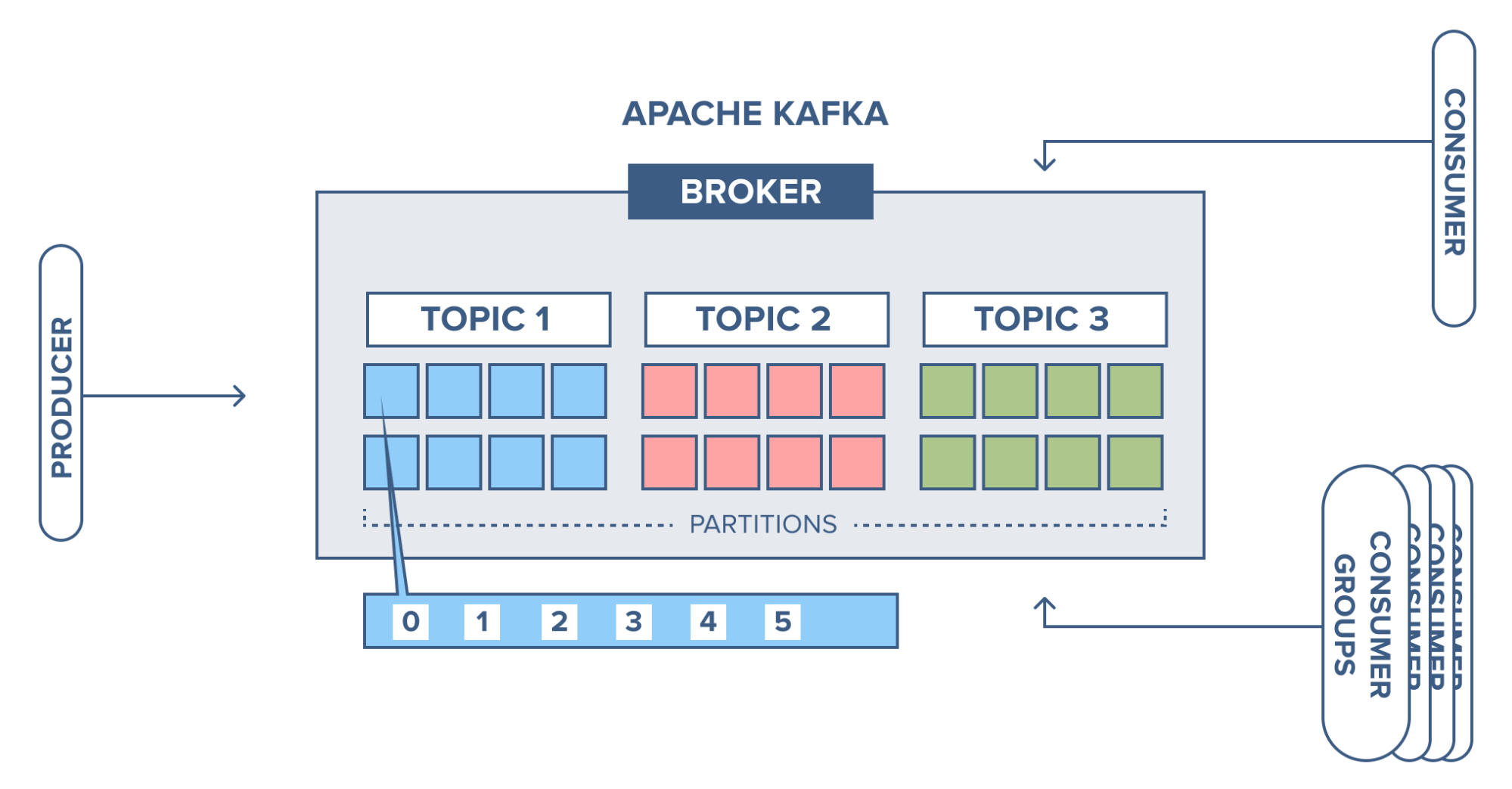 The concept of topics and partitions makes a Kafka cluster more scalable. This means you can scale a Kafka application based on the low requirements and the number of users you have. This way, you can add new brokers whenever necessary. Or increase the number of consumers and push more messages by scaling the number of partitions in a broker.

This guide will discuss some essential concepts of Kafka and Docker and finally dockerize a Kafka application using Docker. This way, it becomes platform-independent. In this way, it becomes platform agnostic. This allows us to run our services on any operating system without having to make any changes to the operating system or installing new dependencies.

To follow along with this article, it is crucial to have the following:

You can check the above installations by running the following commands respectively:

In case one of them yields an error, be sure to install it before proceeding.

In this tutorial, we will:

We will start by creating a project directory and then a docker-compose.yml file at the root of our project to dockerize a Kafka cluster. In this docker-compose.yml, we will define the version and the services we want to run as follows:

From the above script, we are: 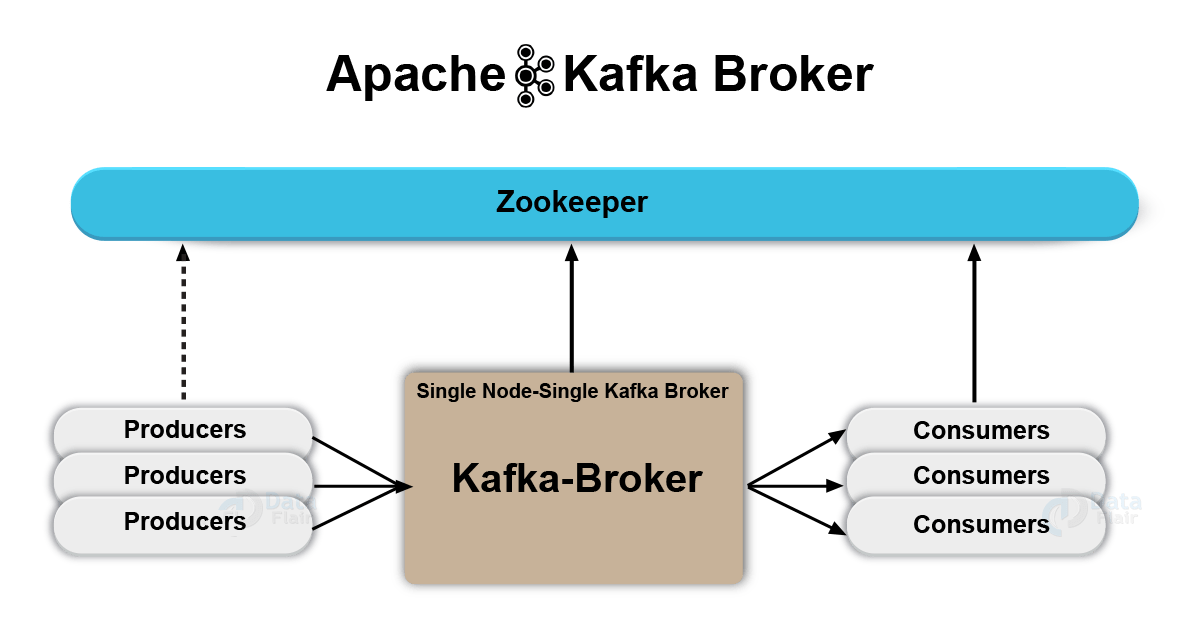 Each service has the following properties

Open the terminal from your project folder and run the following command to start the containers that we have set in the docker-compose.yml script.

The above command will install all the dependencies needed and start the containers in a background mode. Then, you can verify if the containers are up and running. Run this command.

Get into the Kafka container by executing the below command:

The above command will execute the Kafka container in an interactive mode using bash.

In the resulting bash terminal, we will create a topic. To do this, we will follow the following steps.

In the above command, we are creating a topic with the following declarations.

Once you have executed the above command, the name of the topic should be returned. To check your topics, run:

From above, we are executing the kafka-topics.sh script in the bin folder, passing the --list to list and the --zookeeper, which is the running container with its port.

At this point, you have a working Kafka cluster with its Zookeeper. To stop the containers, you can run this command:

As you move messages from point A to point B, the Kafka broker is useful for data replication. Kafka is built on a high-performance architecture that ensures low latency, scalability, and throughput. Event streaming and processing systems rely on Kafka as their backbone. This ensures system health by providing unified real-time data feeds.

Some of the everyday use cases of Kafka include daily news feeds, such as the New York Times. It stores and distributes real-time news to its readers using Apache Kafka streams. Messaging applications, LinkedIn, for example, is estimated to process five trillion messages per day.

Kafka is used by Netflix for both real-time monitoring and event processing. Kafka is used by Cloudflare for log processing and analytics pipelines. They can now collect hundreds of billions of events from various servers. Uber, Adidas, PayPal, Cisco, and Pinterest, to name a few, are among the companies that use Kafka.