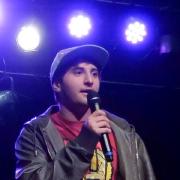 Nadiv Gold Edelstein is a sophomore at University of Colorado at Boulder. He enjoys full stack development, teaching computer science, and being strongly opinionated about code.

The CORS policy, or the Cross-Origin Resource Sharing policy, prevents accessing web resources from sources other than the server the website is running on for security purposes.

For most websites, all of the assets (images, text, files, etc.) they use are held on the same server the website is hosted on. Since a website should be trusted by the server hosting it, the site is given permission to use resources held by the host server. This is called the same-origin policy, as both the website and the assets share the same origin, namely the server they are hosted on.

Assets on Another Server

Imagine you wanted a website to make a call to another server with information on it. This can be done easily with the fetch() JavaScript function.

With the above GET request, we can access the information stored on the servers we target.

Why CORS Is Important

Now that we can get arbitrary data from another server with a GET request, we can just as easily change or modify that data on the server by sending DELETE, POST, or UPDATE requests.

The server needs a way to make sure malicious websites can’t steal or damage protected information, while still allowing access to approved sites.

We can see how this works by making a simple webserver. Try running this Node.js server with this repl.it link.

If you have Node.js, I recommend running this code locally.

To test the webserver, open the browser’s console on a website (such as this one), and enter:

If you’re using the Node.js local version, use:

Running this fetch() command in the console acts as if the website was sending the request.

You should see a CORS error in your console, looking something like:

The asset we tried to request was the string “Section is cool” from the Node.js web server. Our request was blocked because the server did not explicitly give our website permission.

To fix this issue, we can add the ‘Access-Control-Allow-Origin’ to our web server. This HTTP header lets CORS know that we are okay with letting others request the asset. Simply add

to the Node.js server before the write, or use this new repl.it link.

The star symbol in the second argument denotes that all requests are accepted. If we just wanted to give access to one site, replace the star with the URL of that site.

We can now run the same fetch request as above to access our string.

If you’re using the new repl.it version, use this fetch instead:

We should now see Section is cool in the console.