A closure in computer science is a piece of code that carries its creation context around with it. In Ruby, closures include code blocks or methods that have variables linked to the scope environment. This is a sensitive topic to all developers, especially those who are adapting to the functional paradigm.

To follow along with this tutorial, it is vital to have the following:

To get a clear picture of what closures are, we need to understand first-class functions, free variables, and lexical environment.

A first-class function is a method that can be treated as an object and passed as a parameter to another function.

A free variable is not declared in the function parent scope but can still be accessed inside the function.

Lexical scoping refers to the visibility of variables. Lexical scope also known as eyeball_scoping is the ability to identify a variable in a program by reading through the code.

Try this in your interactive console:

The code above demonstrates lexical scoping. The inner_scope is only visible from the block where it’s defined. When you try to access it outside the block, Ruby will throw an exception.

Therefore, we can define closures as a block of code that can be used later and stores variables in an environment in which it was created.

We use the following rules when identifying a closure:

To have a good understanding of our topic, Let’s look at Ruby blocks and callable objects.

Blocks are used to capture code that can accept arguments and be executed later.

In Ruby, blocks can be delimited by curly braces or by the do/end keyword pair. They can also act as anonymous functions.

Let’s explore the yield keyword and block_given?() method. It is important to understand how these two concepts relate to closures.

Encapsulating behavior into blocks and passing it into methods is a powerful programming technique.

yield when defined inside a block simply means execute the block.

When you try to call the do_it method without a block, the console will show an error.

We can capture the exception using the block_given?() method. In this case, the function will only be executed when a block is provided.

Relationship between closures and blocks

Blocks contain local variables that eliminate variable collusion. This happens when one gives a global variable the same name as that in the block scope.

When you run the snippet above, you will get an unexpected output. This is because we have assigned a variable in the global scope with the same name as that in the block scope.

We can provide a parameter in the declared block to avoid this issue, as shown below:

In the introduction, we discussed first-class functions. These methods are usually supported by procs.

Procs are simply callable objects. A block that you can create, store and pass around as method arguments. It is also executed just like a method.

Procs can be accessed using Proc#call(args), (args)(), and lambdas.

A Proc object is created upon instantiation of the Proc class:

When you call the above proc using pr.call, the code block becomes the body of the proc and is, therefore, executed.

Procs have a lot of similarities with lambdas. However, note that a proc is not necessarily a lambda.

We create a lambda function using the lambda keyword, as shown below:

In Ruby, lambdas can also be defined as stabby lambdas. This is illustrated below:

The difference between a lambda and a proc

Lambdas, unlike procs, expect an exact number of arguments to be passed:

When we supply one argument to the proc, it will not throw an exception since there are no restrictions on the parameters.

Unlike procs, lambdas will throw an exception when arguments are not inserted correctly.

Procs always return from their creation context which may be problematic.

Lambdas are preferred over procs since they have the same behavioral pattern as normal methods. This is demonstrated below:

proc_or_lambda() uses a ternary operator to identify if the argument passed in is a proc or a lambda.

When one provides a lambda as a parameter, the method will return the last execution of the puts statement.

When try it with a proc, it returns a LocalJumpError, as shown below:

Closures are indeed powerful in the hands of a developer. One can write functional and readable code in Ruby using these components. You can read more about closures in Ruby from here. 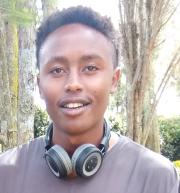 Njunu is an Computer Science graduate from Karatina University. He is passionate about backend development and concurrent systems, how patterns connect in the web. He writes Ruby and Javascript code.