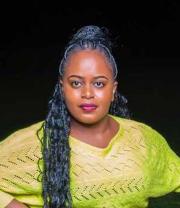 Anne Mwangi is an undergraduate student pursuing Bachelor of Science in Computer Science. She is a lover of the web and has specialized in the JavaScript eco-system. She likes solving problems and she is a critical thinker.

Managing state in your web application is essential, as it helps ensure that data displayed across different pages is consistent. React by default provides the useState() hook that we can use to store and modify the application’s state.

The disadvantage of this hook is that we have to pass the state from one component to another, and as the project becomes more extensive, passing too many props might become hectic.

We will go through the steps to use Recoil to manage the state of our React web applications. We will then create a Todo application that allows the user to add tasks, mark them as complete, delete them, and filter between the completed and the uncompleted ones.

By the end of this article, you should be able to:

Before we get started, we need to familiarize ourselves with the following terms:

Every time an update is made to an atom, the component using the atom re-renders with the updated value.

An atom is created as shown below:

Each atom should have a key that must be unique and a default value.

Selectors are defined as shown below:

Each selector also has a unique key and a get property, the function to be computed. To access the values of the inputs to the selector, the get keyword is used.

More information about atoms and selectors can be found here.

To create our app, cd into the directory you want to create your project and run the following commands in the terminal:

This creates a React application. Proceed and open it in your code editor.

Next, open a terminal and run the following command to install recoil as a dependency:

Create a new folder in the src folder and name it recoil. In the folder, create a new file and call it atom.js. We will create our atom and selectors in this file.

Input the code given below into the atom.js file:

In the above code, we first import atom and selector from recoil. We then create our allTasks atom that will store the tasks added by the user.

It then uses the switch statement to return a list of tasks based on the selected criteria. In our case, completed, uncompleted, and all (all is represented by the default, which returns the whole list of the tasks).

To create our components, in the src folder, create a new folder and name it components.

Now that we have everything set up, open the App.css file and paste in the code below to apply basic styling:

Next, open the App.js file and paste in the code below:

We import RecoilRoot and wrap our entire app (the components that need to access the state) around it in the code above. It acts as a provider so that all our components can access the atoms and selectors.

Working on the add task functionality

In the Input.js file, use the code below. This will help to add new tasks to our atom.

We also have created a constant setTasks = useSetRecoilState(allTasks); which gives us a function that we can use to modify our allTasks atom. In our return section, we have a form that contains an input field and a button that calls the addTask() function when clicked.

Reading data from the atoms

Use the code provided below in Tasks.js:

In code above, we have imported useRecoilValue to read data from the atoms. In addition, we have also imported the filteredTasks selector that contains the data we want to access.

In the return section, we have mapped through the tasks array and passed the data to our Task component. More information about the map method can be found here.

Next, open the Task.js file and paste in the code below:

This component accepts the props passed from the Tasks.js file through object destructuring. Using the passed props, we return a span that contains the text, a checkbox that we can use to toggle between item completion, and a button that we can use to delete a task.

The checked value of the checkbox is based on whether the task is marked as complete or incomplete. On the click of the checkbox, we are calling the toggleTaskCompletion() function.

The toggleTaskCompletion() calls the replaceItemAtIndex() and passes the tasks array, the index of the item clicked on, and the item clicked on itself (the item is spread out using the spread operator so that its contents can be modified. After spreading it out, the current value of isDone is appended) as arguments.

We get the index of the items from this function, const index = tasks.findIndex((taskItem) => taskItem === task). The replaceItemAtIndex() function takes in the arguments passed to it and returns an array modified using the slice method.

The setTasks() function updates our atom with the new array. With the click of the delete button, we are calling the deleteTask() method. This method calls the removeItemAtIndex() function and passes the tasks array and the item’s index being clicked on as arguments.

The removeItemAtIndex() takes in the arguments passed to it and returns an array modified using the JavaScript’s slice() method. The deleteTask() stores the returned array in a constant named newTasks. It then calls the setTasks() function and passes the newTasks which updates our allTasks atom.

We can now add, delete and toggle item completion, we can implement filters that will help us display tasks based on specific criteria.

To do this, open the TaskFilters.js file and paste in the code below:

In the above code, we have a dropdown menu with three options. On changing the option, we pass the value of the currently selected option to the setFilter() function that references the tasksFilter atom.

On passing the filter, the switch statement in the filteredTasks selector matches the filter against the defined cases and returns only the tasks that match the predefined criteria.

To run the app, open the integrated terminal and run the command below:

On your browser, open the link localhost:3000,. You can add tasks, delete them, mark them as complete or incomplete, and filter between completed, uncompleted, and all tasks.

This was a basic implementation of Recoil in our React app. After better understanding the concepts discussed above, you can implement Recoil in your project.

You can also work on this project and take it to the next level.