Getting Started with Polynomial Regression in R

Such trends are usually regarded as non-linear.

The general form of a polynomial regression model is:

For example, a polynomial model of 2 degrees can be written as:

Now that we know what Polynomial Regression is, let’s use this concept to create a prediction model.

A general understanding of R and the Linear Regression Model will be helpful for the reader to follow along.

The dataset used in this article can be found here.

The first step we need to do is to import the dataset, as shown below: 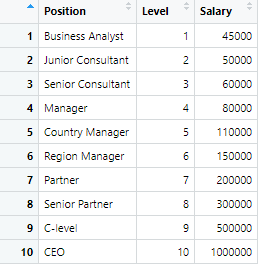 In the dataset above, we do not need column 1 since it only contains the names of each entry.

To remove column 1 from our dataset, we simply run the following code: 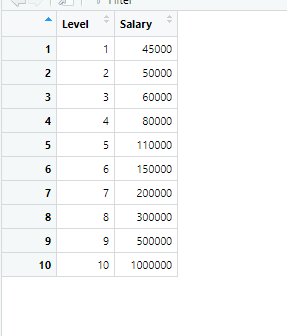 Our scatter plot should look as shown below: 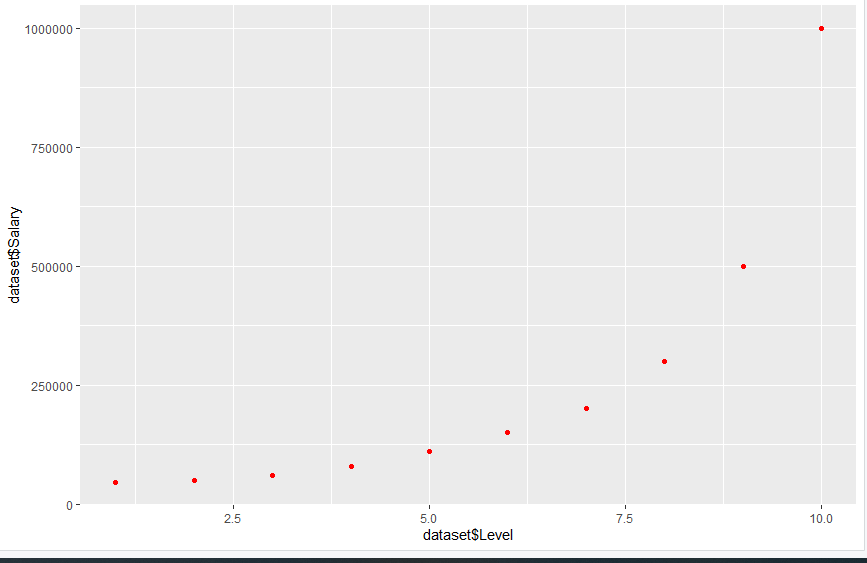 From the analysis above, it’s clear that salary and level variables have a non-linear relationship. Therefore, a polynomial regression model is suitable.

The second step in data preprocessing usually involves splitting the data into the training set and the dataset. In our case, we will not carry out this step since we are using a simple dataset.

The lm function has also allowed us to take care of feature scaling.

This is demonstrated below: 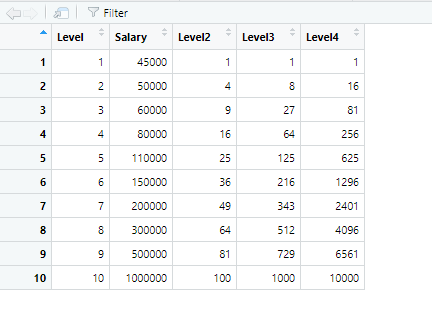 As stated, to fit the polynomial model, we use the lm function, as highlighted below:

After completing the polynomial model, we use the following code to evaluate its effectiveness: 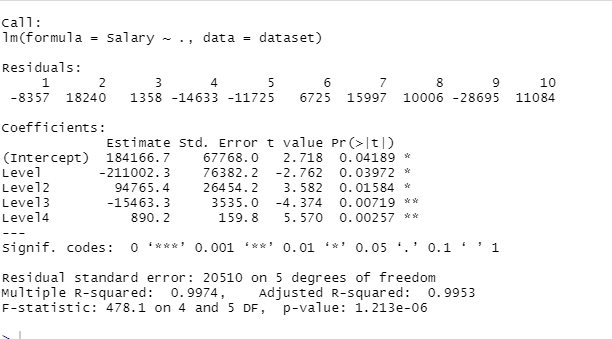 From the results above, the model is quite good due to its 99.53% accuracy.

Step 3 - Visualizing of the model

We use the ggplot2 library to visualize our model, as demonstrated below:

Below are the results obtained from this analysis: 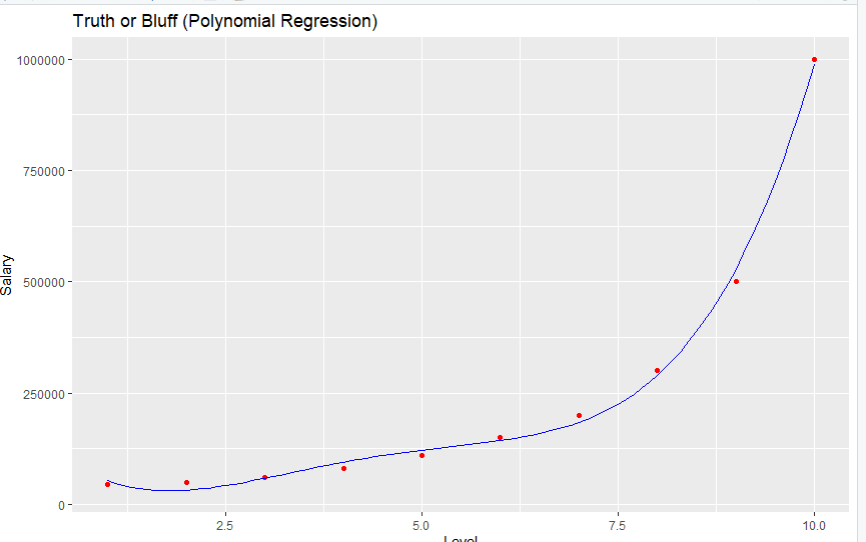 From the graph above, we can see that the model is nearly perfect. It fits the data points appropriately. Therefore, we can use the model to make other predictions.

Now that we have developed the model, it’s time to make some predictions.

Assuming that you would like to predict the salary of an employee whose level is 7.5. To do this, we use the predict() function, as highlighted below.

The salary of an employee with a level of 3.7 is calculated, as shown below:

The next step is to examine the effect of additional degrees on our polynomial model:

Let’s build a new model with a Level5 column added and then examine its effects:

Generally, the more degrees the polynomial regression model has, the more accurate its predictions are.

From this article, you have learned how to analyze data using polynomial regression models in R. You can use this knowledge to build accurate models to predict disease occurrence, epidemics, and population growth.