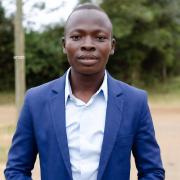 Odongo Albert is a computer science student. He is a software developer with vast knowledge in web design and development.

Developers mainly write unit tests in PHP or any other language as a good practice to help them identify and fix bugs in time, refactor code and document a unit of the program under test.

In this tutorial, we’ll be discussing the basic concepts of PHPUnit. Then, I’ll show you how to get started with this tool to write basic tests for your PHP application.

To follow this tutorial along, you should already be familiar with basic PHP concepts. It would be best to have PHP installed on your local development environment to help you test as you read.

This tutorial aims to teach you everything you need to know about Unit Testings. By the end, you should be able to structure your PHP application, write basic unit tests using assertions and show the results on your terminal.

Getting started with PHPUnit

Unit testing ensures that every single unit of your source code is working as expected. Writing these tests is very important as they help in error diagnosis if an error occurs while running your application. One way to achieve this is by using the PHPUnit.

It would be best if you did unit testings so that they are independent of each other, which means that when a test case returns false, for instance, it should only pinpoint the error location and not otherwise.

In this tutorial, we’ll be installing PHPUnit 9.5. This package works well with PHP 7.3, but the latest version of PHP would work best. The current version as at the time of writing is PHP version 8.

Now, to install PHPUnit on your local development environment, run the following command on your terminal:

Depending on your internet connectivity, this takes a few minutes. On completion, proceed and check the installed version by running the following commands:

Writing unit tests has a set of rules to be followed as described below:

Now that we’ve installed PHPUnit, let’s proceed and structure our project as shown in the screenshot below: 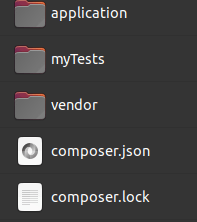 As a rule of the thumb, it’s essential to write the tests before writing the actual code. So now, let’s proceed and write our test cases which we’ll then use in our application.

In the myTests directory, create a file ModularArithmenticTest.php and add the following:

In the file above, you’ll notice that we’ve followed every rule we defined in the previous section. We begin by creating a file, ModularArithmenticTest.php.

Inside this script, we create a class with the same name as that of the file. We then extend the \PHPUnit\Framework\TestCase class. Inside the class, we define the method testDivisionTheorem() prefixed with test.

This method also calls the assertEquals() method from the current class. This method takes in two parameters and compares them to check if they are indeed equal.

In the application folder we created earlier, create a file Division.php and add the following:

In the script above, we’ve created a class, Division, with two properties:

Now that we’ve defined our two classes, the Division and the ModularArithmenticTest. In this section, we’ll be executing the PHPUnit tests to assert that they are working or not.

First, update your composer.json file as shown below:

Run the following command to update this composer file:

Next, add the phpunit.xml file:

At the root of your application, run the followings commands:

In this tutorial, we’ve discussed the basic concepts of PHPUnit 8. Then, we saw how to create the test classes to test an application. We’ve also configured the XML file for ease of testings.