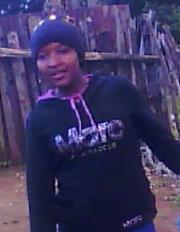 Caroline Wanjiku is a computer science student who appreciates Python, Java, software development, and Artificial Intelligence. She boasts exceptional abilities and has proven her ability to increase technological knowledge. When she is not coding, she enjoys playing field and video games. Car racing and table tennis are two examples. She also enjoys going on vacations.

Singleton is a combination of rules and programs that assures that only one entity of its type exists, and gives other code a single point of access to it. Singletons have similar advantages and disadvantages as global variables.

They are quite useful yet violate the modularity of the code. We use this model framework to limit the number of instances of a class that can be created in the Java Virtual Machine. This model guaranties that only a single class instance exists.

The term singleton refers to a component that only has one instance. By preventing the construction of a class, it guarantees that only one entity of the class resides within the Java virtual machine.

In Java, a Singleton class facilitates the creation of only one instance. Tis one object or instance provides global access to all other classes.

Fields that are unique to each other and have such a feature like a class, such as the unique or static components, will only be used once.

One of the fundamental goals that a singleton type has is to reduce the number of entities that would be created to only one. This guarantees that access to components, such as a socket or database connection, is controlled.

Because it restricts instance creation, there is no memory space waste when using a singleton class. Since this object will only be created once rather than whenever the latest proposal is submitted.

This single object can be used several times depending on the requirements. This is why the Singleton design in Java is commonly used in multi-threaded and database operations for cache, debugging, thread pools, and security configurations.

For us to style a singleton class, we will need the following:

If we create our class as blueprint and add references, we will have the following:

When you create multiple instances, the values for both reference variables will be different. As a result, it will not be a Singleton class.

If an object is null, lazy, and eager, design trends produces a new singleton entity or any specific entity.

But, if the entity is not empty, they have to return another singleton entity object or other specific elements of the object. We will start with eager loading, for which we will need to remember a few guidelines for building eager loading entities.

The keyword Singleton is the very first thing that springs to mind if we are thinking of making a Singleton class. However, singleton is a principle in Java that can only be created when:

Below is an example of how we can implement the guidelines above for object creation:

In the example above, we have first created a private default constructor. This is because a private constructor will not allow the creation of new objects.

The second step is the creation of a private static class type variable. This will be a static variable because we will have to use it within the function to make the object.

The third step is to use the class type variable we have obtained from the second step to create the object.

There are some drawbacks to eager loading. One is that the reference object is a category of static, which implies that it will be created and will be available in memory when the class is loaded.

This makes it a global variable since this object is available in local memory when any class is loaded. This is a disadvantage because if an object is bulky, it wastes memory and computing power.

We use the concept of lazy loading to get around this. It is good to note that we can not generate more Singleton instances since one object was created before.

We already saw that if we use the Eager Initialization technique to create the singleton class, it results in the construction of an object that isn’t needed, regardless of whether the application uses it or not.

Lazy initialization requires us to follow the following procedures:

By constructing an object at the point of using the getInstance() method, we avoid the disadvantage of eager loading.

This must be non-changeable data because it is utilized when building objects within the constructor. We construct a getInstance() function in the third and final stage to return the singleton class object based on a criteria.

If we have many instances, we have to make the objects solve the flaw of the implementation above. When we first call the getInstance() method, the object will be null, so a new object will be created.

If we call it again, the already created object will be returned. In a multi-threaded context, a singleton class is created by a thread-safe singleton technique.

The getInstance() method must be marked as synchronized. We do this when we want to prevent many threads from accessing this function at the same time.

In the code above, two threads r1 and r2 are specified, and both call the same procedure. They are initialized at the same time. We should note that when we have a thread, we should use synchronization with the help of a get getInstance method.

However, making a method synchronized results in a lot of work, as the getInstance() function performs a lot of work. Moreover, it will reduce performance by a proportion of about one hundred, which is the issue with synchronized threading.

To solve the disadvantages of the earlier method with its time complexity, we can use the idea of Double-Checked Locking.

We can implement synchronized threading while generating objects. This is to cut the duration sophistication by synchronization of the getInstance function.

As a result, we can wait for as little as about three to four milliseconds, rather than waiting about seventy milliseconds.

The example below shows how to use a thread double-checked locking technique:

In the example above, we find a solution to the issue of synchronous code overhead. This function’s GetInstance is not synchronized, but the component that creates the instance is. Therefore, only a few threads must wait the first time.

This is a way of creating a singleton pattern that overcomes the disadvantages of all the implementations that we looked at.

From Java 1.5, there is only one other technique for creating a singleton design pattern that is thread-safe and uses fewer resources. This approach can only work if one uses Java 1.5 or higher.

Here is the syntax of an enum with a singleton pattern:

Below is an example:

This will be the result:

When we are working with enums, there is a method called readResolve that will not generate a new object and instead uses the existing one.

In this tutorial, we have seen that a Singleton class has only one item in it. We can create a Singleton using private constructors and the getInstance constructor function.

We have also discussed how to construct a singleton design pattern using eager and lazy loading techniques. As well as, thread, double-checked locking, enum, and the differences between singleton class and normal class.