If not redacted, these pieces of information can merge into one collective research platform. This tutorial can help individuals and groups who are interested in detecting internet inconsistencies.

As a prerequisite, the reader must have the following:

One goal of this tutorial is to acknowledge internet gaps that may impact unaware individuals and groups. An additional goal is to provide probable insights to internet complexities.

In this tutorial, R-Programming is used to statistically analyze data from an IPv4 address. The purpose is to gain understanding about accuracies and inaccuracies from internet activities.

For those who prefer using Linux without ROOT.

As a reminder, users with permission can be in ROOT mode by entering the following line:

For those who prefer using Linux with ROOT.

Open a new Kali-Linux window and enter in the following: 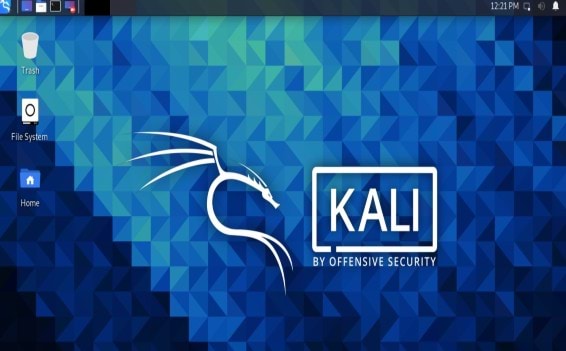 Enter in the following line to install a Linux version of the R-Programming application:

The following screens may appear: 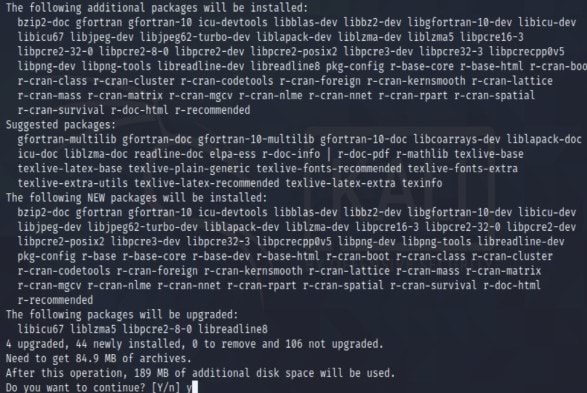 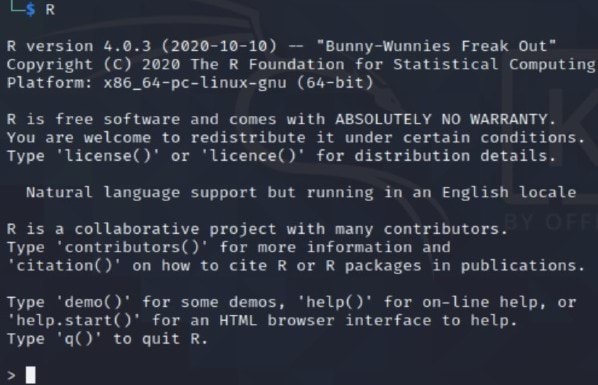 Alternatively, using an R-programming application can be equally effective.

If not installed, the libraries used in this tutorial are listed below:

Information about the IP registrar responsible can be found using this library below:

A server coordinates with the domain extension (example, “.us”). If a server name is included, DNS parking name servers can be displayed.

The code shown below can confirm if this IP is valid or not:

To check if the IP is using a DNS proxy or not, we will have to use the following command:

Displaying an IP address without a proxy will appear as shown below:

An IP address can be categorized under multiple geological regions. The next step will showcase basic statistics that can be derived from an IPv4 address.

For example, the IP address 45.88.197.212 overlaps with Lithuania, Germany, Cyprus, Netherlands, and Amsterdam.

A few helpful directories are listed in the table below:

With reverse IP engineering being done on 45.88.197.212, we can find five possible geological locations:

Rattle can generate data models. A decision tree model can provide a logical breakdown. Shown below, is a manually made IP address data frame: 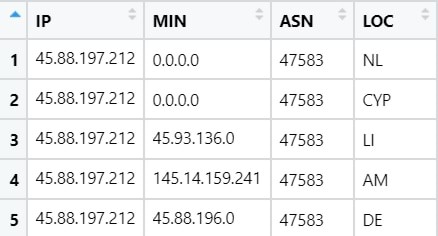 Typically, a decision tree selects the highest possible number as the optimal choice.

In this scenario, the countries categorized as less optimal are analyzed. Amsterdam, Netherlands, and Cyprus were shown as the top three choices. Lithuania and Germany seemed to be less optimal. 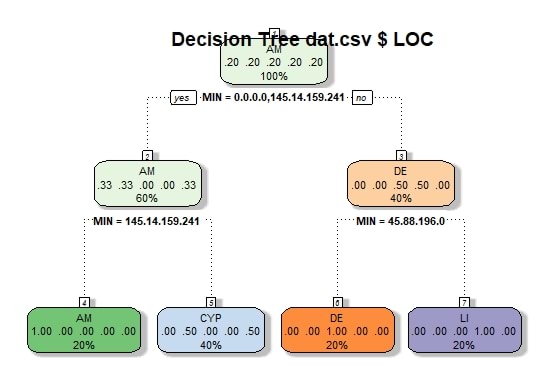 With the highest score of the five countries, Lithuania showed the most links to the IP address. Germany also showed some correlation. This statistical analysis using Gini found Lithuania generated higher variable importance with a value of 3087.48.

To verify validity, here is a quick code to assess: 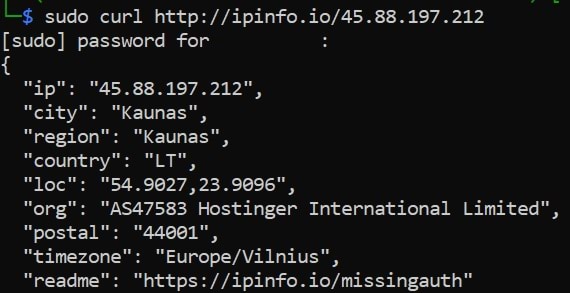 A curl function can list the possible domain names on an IP address. The code below uses reverse IP engineering.

Did you notice the domain names listed above are companies registered with ARIN and CIRA without any connection to RIPE?

Internet inconsistencies exist as European countries usually should not have ownership of an IP address with North American company domain names.

Codes can help identify internet data as either accurate or inaccurate. A statistical coding approach can display a web of DNS relationships. Online identities can be revealed with internet directories and IP lookups. 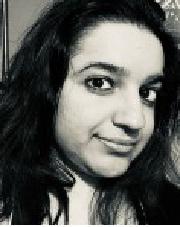 Priya is a student of Analytics. She is skilled in other technical fields including programming in object-oriented languages, web coding, machine learning, and statistical coding. Although she may have studied the core basics, she continues to discover more as technology and interrelated areas of interests evolve.