Watermarking plays an essential role in today’s businesses and online content credit making. The authors and company owners are provided with digital artifacts rights or credits, preventing their content from being stolen or duplicated without their consent.

Watermarks can be as a distinctive and one-of-a-kind logo, signature, or stamps.

Making these watermarks using Photoshop or manually requires more effort and time. We made this easier than ever using OpenCV with Python to automate watermarking multiple images.

This article will cover as much as possible to make you understand OpenCV; a python library used to automate image watermarking and many other real-life scenarios.

OpenCV is a handy python library that is open source for computer vision processing functionalities as well as doing other critical operations such as tracking camera movements, extracting 3D models of any object, creating image filters and watermarks.

It is a great tool for automating image watermarks, as we will see in this tutorial.

We can install the library in the following ways:

Anaconda is a free, and open-source conditional distribution of the Python and R computer languages for scientific computing to make package management and deployment easier.

It can be downloaded and installed from this page.

After successfully installing Anaconda, use the following anaconda prompt to install OpenCV:

For Windows and Linux machines, you can use the pip command to install OpenCV on windows by typing the following command on the terminal or command line:

For Mac devices, use homebrew with the command below to install OpenCV:

After the installation, we will use OpenCV for multiple image watermarking as it is easier to use and more versatile.

The process is as shown below: 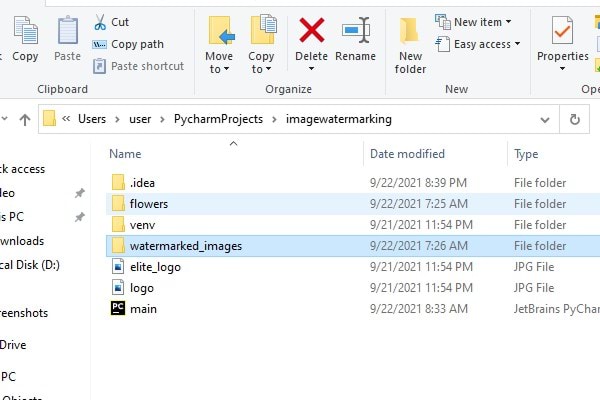 Watermarking images is done using either text or images. For this tutorial, we will show how we can apply an image watermark to multiple flower images.

The logo below will be added to the images automatically using the OpenCV python library:

NOTE: We use a white logo with a black background. The OpenCV library takes black background as no background, making the logo visible and well seen without hiding some section of the image.

We first import the OpenCV libraries and load the logo image to get its height and width. These dimensions will be needed when placing the watermark.

Getting images to be watermarked

Once we have the logo, we get the path of the images that are to be watermarked. This is done using the glob library that is already imported above. 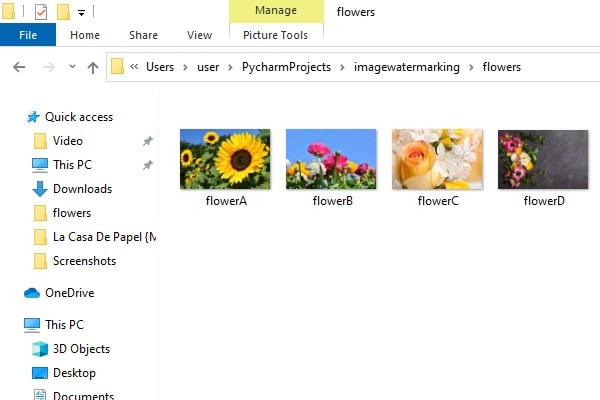 We will write a code to get the center of all the images and use the cv2.addWeighted() method to specify the logo’s opacity for it to look nice and smooth when placed over the images.

Now that we have the center and location, we specify the Region of Interest(ROI) on the images where the watermark will be placed, then add the logo to the images.

The output sample of a watermarked flower image is as shown below:

This is the original flower image. 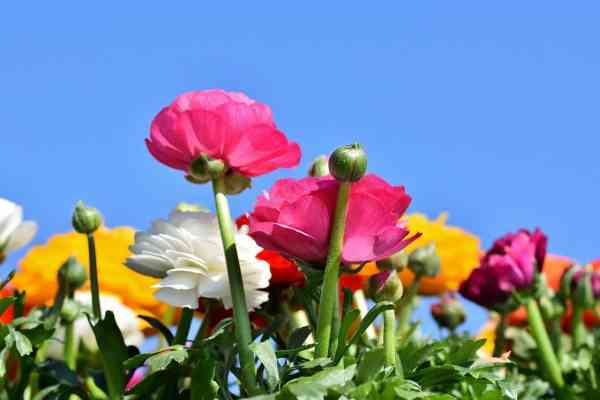 This is the watermarked image. 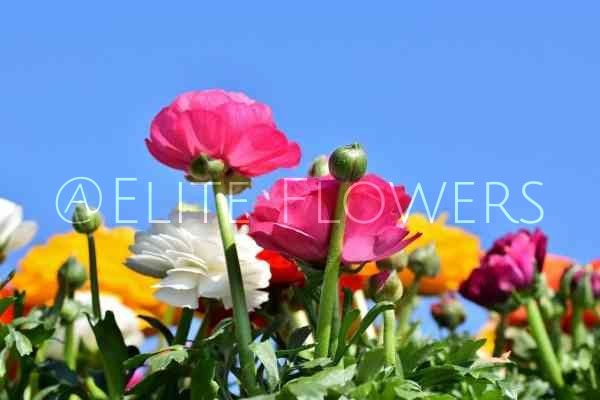 After the process of watermarking, we get the file names of the images and save the watermarked images on a different folder, watermarked_images folder, as shown:

Here is the complete code:

When the whole code is combined and run successfully, it displays the output of the two print functions on the command line. 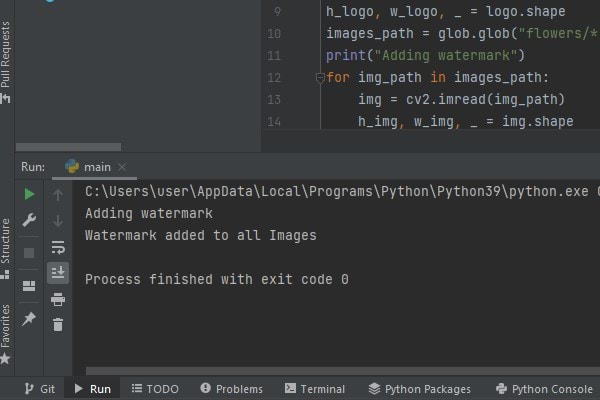 This process will result in every image assigned with the name watermarked together with its original name. 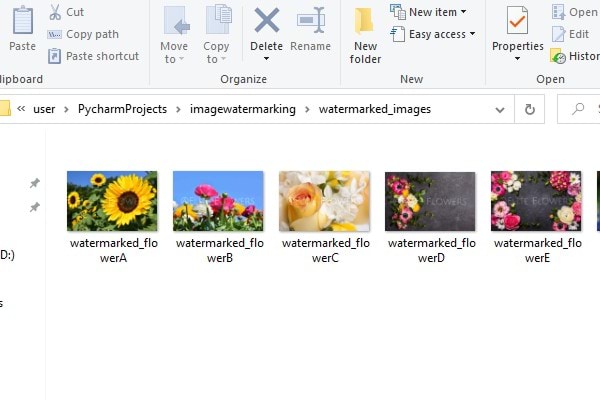 You can find the complete code and files on my GitHub.

To summarize, we have:

You can find more information about multiple image watermarking here.

As we have seen, it is easier to apply watermarks to multiple images using the OpenCV library as it is fast and efficient.

This makes it possible for an organization to credit its content without having to do it manually on every image. 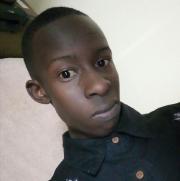 Atonya Dennis is a Computer Technology student at Jomo Kenyatta University Of Agriculture and Technology. His interests are web development and networking. Dennis has a great passion for developing web applications and configuring networks.