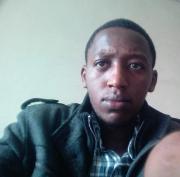 Bonface Muriithi is an undergraduate student pursuing a degree in Computer Science. He is interested in Robotics, Machine Learning, and Cybersecurity.

How to Store your Python Functions into Modules

In Python, you can save the definitions of functions in a file called a module. It is possible to import module definitions into your program file.

We can save our Python functions in their own file, which is a module, then the module is imported to the main program.

To have the module available within the current program, an import statement is used to transfer it to the running program.

When separate files are used to store functions, the program’s code details are hidden and a higher level of logic for the program code is attained.

Storing your functions in different files has the following advantages:

We can import these modules in different ways, such as:

In order to follow through with this article, a clear understanding of Python modules is required.

The first step is to create a module, which is a file that has an ending of .py and containing the program you want to import to your main program.

Below is a module with the function make-bread(). This is the file bread.py:

This is the file, making_breads.py:

A command from the line import bread opens and copys all the functions from the program in the file bread.py.

Abstraction of the data from the user takes place such that one does not understand what happens in the background.

All one needs to know is that any function that is defined in bread.py will be made available in the file make_breads.py.

We call a function from an imported module by entering the module name imported and the function name separated by a dot.

The result of the program will be similar whether a module is imported or not.

The output should be as follows:

Making a 11-inch bread with the following garnish: -basil

Syntax of importing an entire module:

All functions within the module name are imported without an exception.

You can as also import just a specific function from a module.

The syntax when importing a specific function:

Importing various specific functions from a module is made possible by separating the function’s name with a comma:

From the file make_bread.py we import the specific functions we are using which are:

Note: Anytime we call the function using this syntax, we do not use the dot notation since the function was explicitly imported in the import declaration. We only call it by name any time we need to use the function.

This is a better option when you are not required to import an entire module and all the functions won’t be put into use.

Giving a function an alias using ‘as’

If in any of the instances occur, we use an alias that is an alternate name similar to that of the function.

The general syntax of using an alias is as shown below:

The import statement renames the function name to the alias. In this case, the function make_bread() is renamed as mb().

The alias avoids any confusion with another function that might be written in the program as make_bread().

Giving a module an alias using ‘as’

An alias of a module can be given based on the module name. Providing an alias for a module makes it easier to call the module’s function.

The syntax when giving a module an alias:

Giving an alias to a module does not change the function names, instead they retain their original names.

Using the alias name for the module is not only concise but also enables you to concentrate on the informative names of the function, thus, redirecting your attention from the name of the module.

These function names will tell you what the function does, to enable the readability of your code rather than using the full name of the module.

Importing all functions in a module

The syntax of importing all functions in a module is as follows:

Functions can be called without using the dot notation.

In instances where we are working with large modules that you did not write, it is not appropriate to use this approach.

If several functions are saved under the same name, the code will not import the functions separately. Instead, it will overwrite all the functions.

Errors and the unexpected output may result due to the matching of the function names and other existing names in the function.

In the tutorial above we have been able to look at how easy and important it is to import functions and modules.

We have looked at:

I hope you find this tutorial helpful!