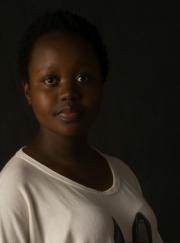 Linux containers, commonly referred to as LXC, are virtualization methods used to run multiple containers using a single Linux kernel through a control host. Linux containers allow users to create or manage applications and systems as well. This is because of the containers’ use of simple tools and having a well-built API.

Features of the Linux kernel

Guide on how to deploy container security

Unprivileged containers only work when LXC communicates with three parts of setuid codes:

Consequently, most security concerns in those containers apply to any random unprivileged user, and these issues are regarded as a generic kernel security bug rather than an LXC issue.

Note that LXC does not stop denial of service attacks automatically. Hence one needs to follow specific security protocols when running several untrusted containers or using untrusted users when operating the containers.

Some of the security measures to consider may include:

If values are not set to 0; set the value to 0. By configuring and adding the following entries.

Save the changes and close the file.

In the event of security issues, one can report them through: