Over the past few years, many people and organizations have embraced the use of networking technologies to enhance data sharing and communication. Data sharing has come with its security challenges. Data security challenges have been and ongoing issue largely in part by botnets, which are used by cybercriminals to instigate various attacks.

This article will go over the DNS-based approaches for detecting botnets and will explain why these approaches are widely used. We will also provides real-life examples of DNS-based tools.

What is a botnet?

We can define a botnet as a group of computers or digital devices that are infected with malware to enable hackers to control them. Botnets are used by cybercriminals to instigate attacks such as unauthorized access of information, data theft, credentials leak, and DDoS attacks. To mitigate such security threats, one should be able to identify attacks in a network.

Botnets conceal their malicious activities and avoid detection using some internet protocols. In the recent past, hackers have abused multiple protocols, whilst DNS has become the central target of cyberattacks.

Such an attack is the advanced persistent threat (APT), which is an attack where an intruder gains long-term presence in a network to access sensitive data. In most cases, experienced botnet developers avoid using domain names. Instead, they have successfully set up P2P botnets.

The DNS system is used by such botnets to support their command and control infrastructure. Using domain generation algorithms (DGAs) in botnet malware has risen in the past few years. This has compounded the difficulty in the detection of botnets partially because of the easiness of developing and administrating botnets based on DNS.

The following diagram shows the structure of a botnet. 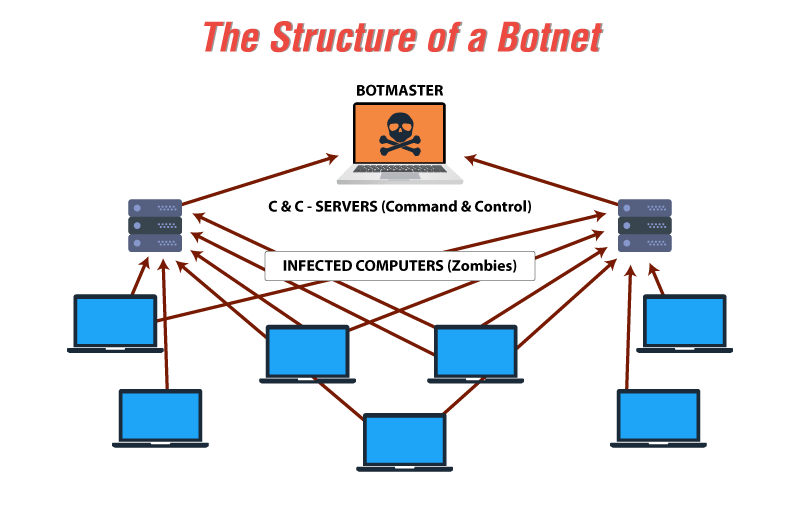 The DNS-based techniques are widely used because of the following reasons:

The DNS-based technique of botnet detection is based on DNS-based network traffic analysis to determine any anomalies. This technique is based on four approaches: failed DNS requests, monitoring malicious domains, domains with low TTLs, and monitoring abnormal traffic of DNS.

One way of detecting the presence of botnets in a network is by analyzing the failed DNS resolution requests statistically. Botnets use domains that are not registered, and therefore, their DNS request will fail.

However, some botnets such as Torpig utilize low entropy domains to dodge being detected. Therefore, a large pool of domains is needed to function, and most of these domains fail in their resolution.

Below is an example of a DNS server request from a non-existing domain.

This technique involves checking all DNS server requests to ensure that none of the domains being resolved is on a blacklist database such as DNSBL. Numerous organizations such as SpamRats generate a list of domains that are on the blacklist.

This becomes the sure way of detecting botnets in a network. However, there is a disadvantage of this approach since a previous knowledge of the botnet must be present and its domain registered. This means it is hard to detect new botnets.

Botnet creators use a fast-flux technique to hinder detection by modifying the IP address associated with a domain. When the destination IP is changed, detecting faults becomes hard. However, such domains have very low TTL, and this means the DNS system refreshes the resolution cache of the IP related to the domain repeatedly.

This makes domains with low TTL suspicious. However, this technique can be misleading as it can generate false positives tied to the many legitimate systems that are connected to the Internet. These systems use a technique that changes the IP associated with a domain.

Another technique that can be used is the detection of abnormal DNS traffic. This technique aims at searching for domains that have abnormal behavior of DNS requests.

This technique attempts to detect botnets by analyzing traffic for any anomalies such as a sudden surge in traffic, traffic to unusual ports, and network latency, among others. All these may point out the existence of a botnet.

Wireshark: This is a very powerful tool that is mostly used for traffic analysis during botnet detection. Wireshark creates a CSV file using a command called “tshark-r Myfile-t fields”. Thereafter, retrieval of DNS name and respective IP information is done from the created CSV file.

Capinfos: This is a software that is used to read single or many files and then return statistics associated with the input file. Once all statistics are ready, they are printed in a folder, and the program creates a report in the form of tables from the statistics. Through the analysis of these statistics, one can tell whether the network is infected with botnets or not.

Advances in technology, especially within networking have come with a fair share of security challenges. Hackers use various ways, such as botnets to attack networks.

This is what has led to the importance of detection techniques of a botnet. As we have learned, DNS-based techniques for botnet detection are amoung the most effective approaches to detect whether a network is infiltrated by botnets. 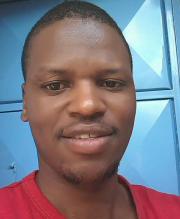 Paul Muriku is a computer scientist with a focus on system development and deployment. With a degree in computer science, the author boasts of a wide range of experience ranging from software development, system testing and network administration, among others. The author has masters in Information systems and is currently an MSC (Computer Science) student with a keen interest in Machine Learning (ML).