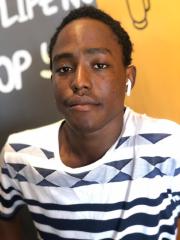 James Sandy is a machine learning engineer with experience in ML research and particularly interested in ML in health care and Ethics in AI.

Choosing between Django, Flask, and FastAPI

A framework is a collection of packages and modules used to develop software and help developers avoid handling low-level details. When learning Python, you will come across Python frameworks used to work with Python efficiently.

The three major Python frameworks used when developing web applications are Django, Flask, and Fast API. They come in handy in various use cases. We will evaluate each framework to help you decide on your use cases.

Django is a free and open-source Python web development framework used in building websites. It was created by Adrian Holovaty and Simon Willison in 2003 and used the Model-Template-View pattern.

It is popular for its robust and straightforward nature. It’s one of the most popular frameworks globally and is used by Tech giants like Instagram, Youtube, etc. Django is also popular because it encourages reusable code.

Django can tackle projects of any size and capacity. We can use it for simple sites or high-performance sites. A few example use cases would be:

Some developer features that can be implemented with Django are admin dashboards, photo-based verification, emailing systems for sending user notifications, etc.

It was created to build web apps with the Python programming languange. It was designed to be easy, fast, and to scale up complex applications and microservices (which is a lightweight application that provides a narrowed list of features with a well-defined contract).

Flask was more like an April fool’s prank by the creator Armin Ronacher on the 1st of April, where he wrapped Werkzeug and Jinja. Surprisingly, it was appreciated, which made them work more on it.

We can use Flask for commercial projects. It can help you get started quickly but doesn’t work well when resembling a real load.

You can quickly implement Flask projects such as:

It’s not advisable to use it for high-load enterprise software.

Fast API is a modern, open-source, fast, and highly performant Python web framework used for building Web APIs and is based on Python 3.6+ standard type hints.

Fast API, works perfectly if your concern is speed. Netflix uses it for its internal crisis management. It also scales perfectly in deploying production-ready machine learning models because ML models work best in production when they are wrapped around a REST API and deployed in a microservice.

Now we’re going to compare Django, Flask, and FastAPI based on their packages, community, performance, flexibility, job opening, and education.

Packages Among Django, Flask, and FastAPI, Django has the most packages that enable reusability of code. It is a full-stack web development framework, unlike Flask and FastAPI, that are minimalistic frameworks used for building fast websites.

Community Django has the most significant community because of its wide use and popularity next to Flask, which also has a thriving community. FastAPI, on the other hand, has a small community because it’s relatively new.

Performance In performance, FastAPI is the leader because it is speed-oriented, then next to Flask, and finally Django, which is not very fast.

Flexibility Flexibility is something developers value a lot, and Flask is more flexible than Django. Fast API, on the other hand, is flexible code-wise and doesn’t restrict the code layout. So we can say Flask is the most flexible among all three.

Job openings No doubt there are more job openings in the Python web ecosystem with Django requirements, next is Flask and finally Fast API, which has far less, so if you aim to get a job quickly, then Django should be your go-to guy.

After looking at them throughly, you might be able to choose which one works best for you. In summary, Django is perfect if you want to build robust full-stack websites because it has several functionalities and works very well in production.

Flask is ideal for machine learning engineers or developers who want to quickly prototype a web application and build APIs easily and quickly. At the same time, FastAPI is perfect if you’re looking for speed or scalability. It is always wise to choose a framework based on what you want to use it for, but generally, they are all good and have a good market demand.