Means end analysis (MEA) is an important concept in artificial intelligence (AI) because it enhances problem resolution. MEA solves problems by defining the goal and establishing the right action plan. This technique is used in AI programs to limit search.

This article explains how MEA works and provides the algorithm steps used to implement it. It also provides an example of how a problem is solved using means end analysis. This article also explains how this technique is used in real-life applications.

Introduction to MEA and problem-solving in AI

Problem-solving in artificial intelligence is the application of heuristics, root cause analysis, and algorithms to provide solutions to AI problems.

It is an effective way of reaching a target goal from a problematic state. This process begins with the collection of data relating to the problem. This data is then analyzed to establish a suitable solution.

In this technique, the system evaluates the differences between the current state or position and the target or goal state. It then decides the best action to be undertaken to reach the end goal.

The following image shows how the target goal is divided into sub-goals, that are then linked with executable actions. 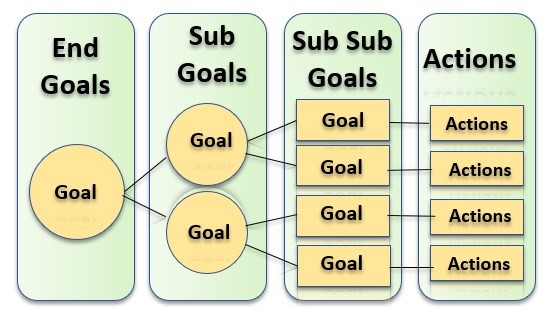 The following are the algorithmic steps for means end analysis:

Let’s assume that we have the following initial state.

The following image shows a comparison between the initial state and the target state.

The goal can be divided into sub-goals that are linked with executable actions or operations.

The following are the three operators that can be used to solve the problem.

3. Expand operator: After evaluating the new state generated in step 2, we find that the diamond symbol is smaller than the one in the end state. We can increase the size of this symbol by applying the expand operator.

After applying the three operators above, we will find that the state in step 3 is the same as the end state. There are no differences between these two states, which means that the problem has been solved.

Means end analysis can be applied in the following fields:

Means end analysis is used in organizations to facilitate general management. It helps organizational managers to conduct planning to achieve the objectives of the organization. The management reaches the desired goal by dividing the main goals into sub-goals that are linked with actionable tasks.

This technique is used to implement transformation projects. If there are any desired changes in the current state of a business project, means end analysis is applied to establish the new processes to be implemented. The processes are split into sub-processes to enhance effective implementation.

This article has provided an overview of means end analysis and how it works. This is an important technique that makes it possible to solve complex problems in AI programs. 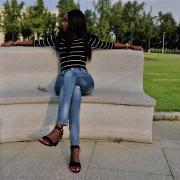 Grace Nkurikiyinka is a technology enthusiast with great passion in emerging technology, data science, and mobile development. She is interested in computer technologies that solve various real-life challenges. Her hobbies are traveling and online research.