This article breaks down how to use Section’s Node JS module to spin up a server-side rendering framework for Vue JS (or any other front-end framework).

The transformative benefits that edge computing promises cover a wide range of objectives and use cases. While many are obsessing over IoT applications, others in more mainstream industries, such as e-commerce, are starting to adopt microservices strategies to reap the benefits of edge computing.

We recently collaborated with one of our e-commerce clients, Adore Beauty, to deploy their Nuxt app at the edge using the Section Edge Compute Platform. While this walk-through is specific to Nuxt.js (a Vue.js framework), the same fundamentals can be adapted to other single page apps, such as React or Angular.

Section sits between the client and origin server, acting as a proxy for web traffic requests. Within Section’s container-based (Docker/Kubernetes) platform, all edge modules exist as a single container, including the Node JS module. Everything is managed through code, meaning there is no manual work needed during deployments. Let’s take a look at each of the components within this architecture. 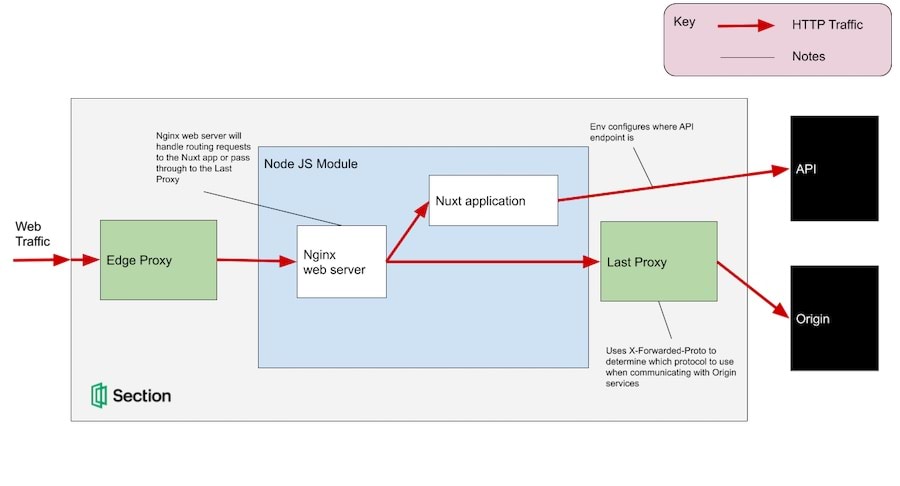 Every Section application proxy stack implicitly begins with the Edge Proxy. The Edge proxy is the endpoint to which the User-Agent (e.g. web browser) connects, and it has a few responsibilities:

Users may choose to configure any number of edge modules within their edge stack. This example is highlighting the Node JS module, but most customers employ additional module layers, such as caching, bot blocking, web application firewall (WAF), etc., to meet the demands of their application. Within the Section platform, users can configure the order of their edge stack, along with the individual module configuration itself.

Inside the Node JS module, on Port 80, there is an Nginx web server. The server configuration, or location blocks, are specified by the user in the server.conf file that lives in the root of the Node JS module repository. Some requests you may want to pass along to the Node JS module and others along to the next-hop, whether that’s the next module in the stack (e.g. image optimizer module, A/B testing), or in this example, directly to the Last Proxy.

Inside the Node JS module lives the repository that contains the source code for the application that you want to run at the edge. Within this code base, there are a few minimum requirements that must be included:

In this example, the basic flow upon first deploy is as follows:

This initial version of the Node JS module uses blue-green deployments for updates, but we’re actively working on migrating to a rolling deployment model, where Kubernetes will add an annotation to the deployment which triggers a new deployment, spins up a new pod for the Nuxt app, and routes traffic over when it’s healthy.

The Last Proxy uses the X-Forwarded-Proto HTTP Header to determine which protocol to use when communicating with the Origin server. For Adore Beauty, the Origin is a Magento instance, where all of the shopping cart and checkout functionality is managed.

Adore Beauty now has a distributed Vue.js server-side rendering framework for which they needn’t worry about the infrastructure on which their app is running, and have configured their native Bitbucket pipeline to automatically deploy to Section on a git push to their master branch.

We’ve outlined a specific use case here, but hopefully, you can begin to see how this example can be adapted to other frameworks, web servers, use cases, etc. In fact, this is what excites us most about the future of edge computing … the possibilities are endless! What will you create? 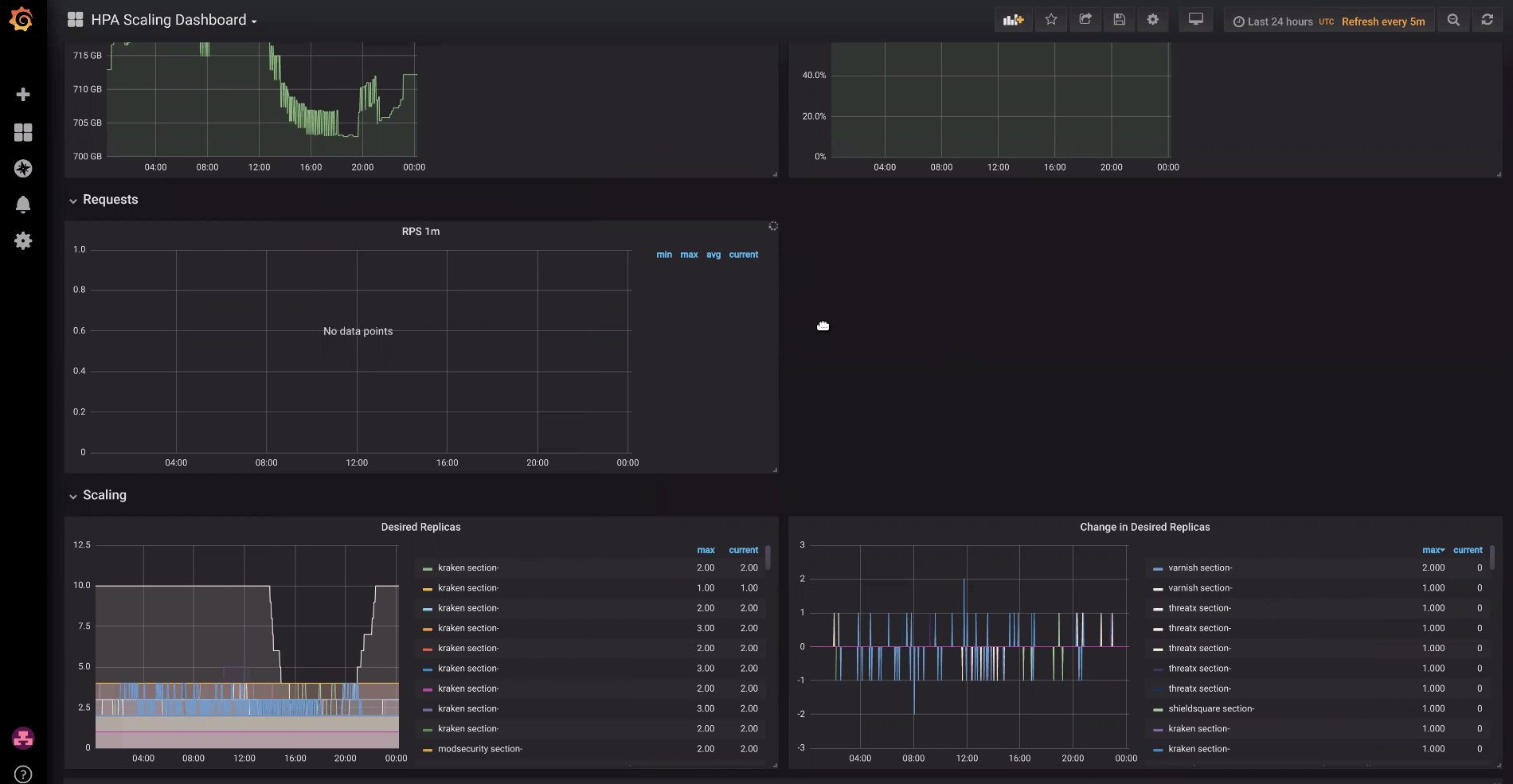