The Evolution of Computing to Edge Computing

There are vast amounts of data being collected from our mobile phones, autonomous vehicles, cell towers, and factories. This has led to a growing need for real-time data processing.

Before reading this article, a reader should be familiar with a variety of computing infrastructures and data storage resources such as Google cloud and Amazon Web Services as they are the de-facto standards in many industries today.

Real-time systems process data as the data is received, where a response is guaranteed in a stipulated timing constraint. A good example is the flight control system which receives information from different sensors. It processes data as it arrives.

Yet, with most current systems, computation is centralized. This isn’t ideal for real-time systems as they experience issues relating to latency, bandwidth, and privacy.

A possible solution? Edge Computing. With edge computing, the computation happens near the physical location where the data is collected. This is in contrast to current practices where computation happens on centralized servers. Due to this, it is easier to create real-time insights.

The figure below depicts the centralized nature of cloud computing:

Computing used to be a process that you could solely and most commonly perform on your desktop computer or laptop. All computations and programs ran locally based on the data, information, and processing power the computer had access to at that moment.

However, this type of computing was limiting as these devices could only hold so much data and had access to limited computational resources.

For instance, this enabled us to train machine learning models and store data that wouldn’t otherwise be storable on our devices. Big technology companies such as Amazon, Microsoft, Google, and IBM are some of the industry players that identified an opportunity to offer these storage services and computation resources to businesses and individuals.

Yet, with cloud computing, there came about three main challenges. These challenges included bandwidth limitations, latency problems, and privacy issues.

It is the time delay associated with running a particular process. For example, in most of our mobile devices, we have either Apple’s Siri or Google’s Assistant feature. For these features to work, the device has to record your speech, send it to a cloud server where data compression and processing is performed.

On the cloud, sometimes the servers have to talk to other servers to perform different functions on the data before sending the output feedback to your mobile phone. While this process is quick in most cases, it still does take time.

This could be problematic. Let’s consider a case of autonomous vehicles. These vehicles need to make timely decisions depending on what’s happening in their surrounding, for example, to avoid a car crash.

What if the weather conditions are extreme, thereby increasing latency, and as a result, it takes longer to get feedback to have the car turn right and avoid a crash? Considering the amount of data being generated, the response time would be too long and would potentially result in a crash.

It is the amount of data that you can send in a certain period. For example, if I want to operate the Google Assistant feature which involves communicating with the cloud server. This action takes time depending on the amount of bandwidth you have to perform that task.

A low bandwidth would mean that the information would take a longer time than if I had a higher bandwidth. We can see how this could be an inconvenience, especially for people in rural areas who may not have access to good internet.

Cloud computing has privacy implications. Let me explain this using an example. If you are using a machine learning-based financial system that requires you to upload sensitive data.

That data then needs to be sent for processing to the cloud servers. There is always a possibility that this data could get hacked.

If there was a way for that data to be processed on your phone rather than being sent to the cloud for processing, that would be a better option for your privacy. Most of the data used is produced on our smart devices, tablets, and mobile phones.

Wouldn’t it be better to process this data on our devices instead? This would ease the problems with latency, bandwidth, and privacy concerns. Edge computing helps solve these problems.

Edge computing allows computing to be performed in a closer proximity to where the data is produced. We can refer to the “edge” as any computing performed between the sources of data i.e, mobile phones and the cloud infrastructure. Though edge devices are interlinked with the cloud, they only communicate with the servers when they have to.

Let’s take a look at the edge computing paradigm.

At the edge, the following tasks are performed:

This is where the edge nodes offload part of the workload that would have otherwise be done from the cloud.

Instead of data storage happening on the cloud, data is now stored on edge devices increasing the privacy of user data.

In an autonomous vehicle, data from cameras can now be processed at the edge ensuring shorter response times.

The edge nodes distribute requests and deliver services from the cloud to the user.

The edge nodes greater provide privacy protection to a user. Since data stays with the producer/user and is never sent to the cloud for processing.

IoT devices produce an impressive amount of data. With the help of the edge operating system (edgeOS), IoT devices can be connected and managed at home. This eliminates the need to subscribe to expensive internet bandwidth to send data to the cloud for processing.

The edge nodes provide service delivery from the cloud to a user in case a user is in need of such services.

These are tasks that traditionally, have been performed on the cloud.

Use cases for edge computing

Let’s look at some examples to prove its benefits:

Edge computing has the potential to address the concerns of latency, data security and privacy, battery life constraint in smaller devices, and bandwidth cost saving. Edge computing is one of the technologies that will play an important role in the world of tomorrow. 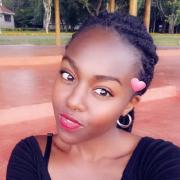 Sharon is a Kabarak University graduate who is passionate about coding and technologies that automate and leverages the use of artificial intelligence to solve real world problems. Her interests are in building web and mobile development using Artificial Intelligence.