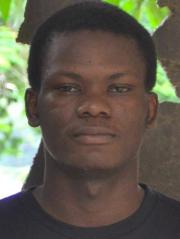 Bashorun is a software engineer based in Lagos, Nigeria. His current focus is on Backend Web Development, Cloud and Linux Operations.

The official website describes systemd (spelled with a small s) as a suite of tools that forms the basic building block for a Linux system. systemd handles the boot process for Linux systems. As an init implementation, it has a PID of 1 like other init systems, such as System V, Upstart.

To follow this article along, you will need some:

NB: The reference section contains links to resources referenced in this article

Before we delve further, let’s talk more about what exactly init is. An init program is usually the first to start and the last to stop. It initializes and terminates programs and services crucial to the operation of Linux systems.

It’s also a daemon process that runs during the entire lifetime of all programs in the system.

It’s an ancestor process to all processes. It also adopts orphaned or zombie processes. That is, after a child loses its parent, the init process becomes its new parent.

There are some init implementations that usually differ by the scope of their responsibility.

systemd for instance is a very functional software. Some might argue that systemd’s functionality is outside the scope of what an init system should do.

SInce it does more than starting daemons and services, mounting filesystems, configuring network interfaces.

System V init: This is the traditional init system (also pronounced as “sys five”). It consists of several scripts that start various services expected to run on a runlevel. In System V, the state of a Linux machine at any particular stage points to a runlevel.

The runlevel stages span from 0 to 6. They help differentiate between startup, shutdown, single-user mode, and console mode states.

If there is an error with a script’s execution, it would have to time-out before the next script in line gets executed.

System V init rigidity limits its ability to manage many dependencies. This is because one script waits for the complete execution of the previous one.

Upstart: Ubuntu’s implementation of the init system. It solves the problems associated with System V. Rather than execute scripts during a runlevel, upstart manages the system state by reacting to events. An event occurs when a hot-plug device is connected/removed from the machine. Upstart initializes the required dependencies and services for this event change.

systemd is capable of starting services in parallel, which speeds up the boot process. It is also capable of handling hot-plug devices; such as starting up services on demand at the occurrence of an event (like upstart).

The process of managing service daemons in System V is a little bit involved. This is so because scripts get detached from the daemons they spawn upon runtime. Some daemons spawn 3rd party processes that get orphaned and re-parented by PID 1. Some processes even re-fork and rename themselves which makes process management difficult.

Here, spawned processes are made members of their parent cgroup (named after the service). These processes are not capable of leaving their cgroup until their parent terminates them. This prevents the creation of zombie processes. It also eases the management (running kill -9 as an example) of related processes since they belong to one cgroup.

systemd also provides a tool called “systemctl”. man 1 systemctl says systemctl may be used to introspect and control the state of the “systemd” system and service manager.

This tool can be used to start and stop services including other things as we will soon see. System V init implementations manage system state by the use of shell scripts. systemd on the flip-side takes a different approach towards writing configuration files. It does this by expressing commands in a declarative format. This makes the job of administering Linux systems easier by making uniform all aspects of system administration.

ULSAH gives a succinct description on systemd’s mode of operation:

Much like a package management system, systemd defines a robust dependency model, not only among services but also among “targets,” systemd’s term for the operational modes that traditional init calls runlevels. systemd not only manages processes in parallel, but also manages network connections (networkd), kernel log entries (journald), and logins (logind).

During boot time systemd loads its configuration, determines its boot goal and dependences. It then activates them afterward.

systemd also doesn’t follow a sequential pattern for starting services. Rather, a flexible process by which extra components activate when system events occur.

A unit type is a type of task that’s relevant to the management of a Linux system. A task is a unit in systemd parlance. These units are a standardized representation of system resources managed by the suite of systemd daemons.

There are default unit files supplied by the packages of the service that usually reside in /lib/systemd/system/. These files are vendor-written and can be overwritten by the package maintainer in the event of a package update.

User-specific configurations for units are usually made in /etc/systemd/system/ because the unit files in this location won’t be overwritten in the event of a package upgrade.

There are 11 types of units in systemd. We’ll talk about the most common ones. man 1 systemd describes them. So give it a check.

Earlier on, we talked about systemd starting up services required hitting a default boot goal during boot time. Imagine this default boot goal being a node at the top of a tree. So when a target is activated, all other targets below it (dependencies) are also activated.

A visual cue could be of help here. 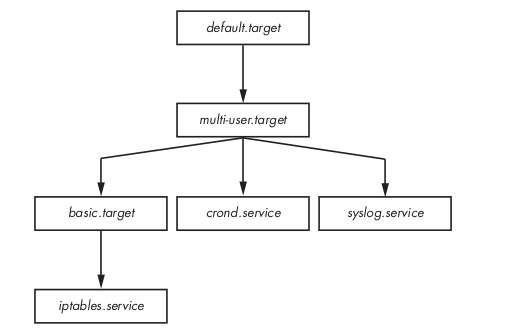 So it turns out that dependency management is difficult in modern Linux machines. These machines have many services that depend on each other. One service failure can solely freeze the boot process of a Linux machine.

System V init implementations don’t have dependency management issues because things are kept simple at the expense of flexibility. systemd developers devised a method for handling dependencies in such a way that the failure of one dependency doesn’t put the entire system in limbo.

There is a handful of dependency types that gives systemd the ability to flexibly manage dependencies. These “dependency types” are regarded as directives in unit files and are found with the Unit section of the unit:

So now, we have an idea of how systemd manages dependencies. But that isn’t all of it. We’d talk more about them as we attempt to understand the syntax and structure of unit files.

A unit file is divided into multiple parts know as Sections. A section has its name enclosed in square brackets ([]). Within a section are declarations of variables and their assignments to values.

Variables specified within sections are known as Directives.

NB: howlinuxworks notes that unit files are derived from the XDG Desktop Entry Specification (for .desktop files, which are very similar to .ini files on Microsoft systems) 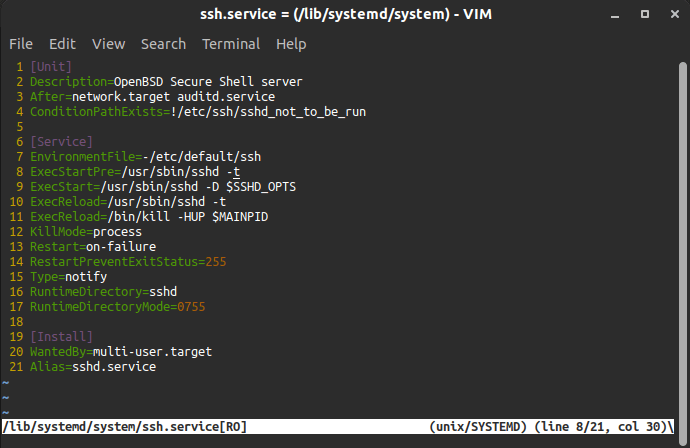 Let’s talk a bit about the directives of the Service section:

We talked about the remaining directives of the Unit section above. You can also recall that they’re used to managing dependencies.

This section can be used to manage dependencies as well. It is used to define the behavior of a unit when enabled or disabled without modifying any configuration file. There are two directives commonly used within this section.

Using our example, when systemd parses the WantedBy dependency, a symbolic link of the current unit (ssh.service in our case) is automatically within a folder in /etc/systemd/system/. This folder is named as the WantedBy dependency with .wants appended to the end. The folder name, in this case, would be multi-user.target.wants.

This method keeps multi-user.target clean from any form of edit because they might be overwritten in the future during an upgrade but the WantedBy dependency in ssh.service will keep the relationship.

man 5 systemctl describes systemctl as a tool that may be used to introspect and control the state of the “systemd” system and service manager. This is the tool used in interacting with systemd. Things like service activation, deactivation, enabling, disabling, reloading, dependencies listing etc are executed using systemctl.

In conjunction with its many flags, Linux machines can be flexibly managed. It’s also very helpful when debugging certain services that don’t function due to dependency malfunctions.

We previously discussed that systemd units can be edited directly from /lib/systemd/system/ which is not advisable.

Edits are made in this location because they won’t be overwritten during a system upgrade (which is advisable). Also, unit files in /etc/systemd/system/ have higher precedence for discovery than other locations.

Unit files in either of these locations can also be overwritten and extended through the use of drop-in files.

In this section, we’ll write a configuration file to manage a sample application.

Define the body of this file with the following section and directives like this:

This creates a cgroup for foo.service using the ExecStart –CPU,–io,–vm,–vm-bytes flags to specify values for their respective cgroup subsystem.

To create a drop in file for foo.service in /etc/systemd/system/, create a foo.service.d directory create 00-foo.conf which is the drop-in file.

When modifying ExecStart of the actual unit file in a drop-in file, make sure to define ExecStart to nothing and redefine it to a new command just like we have above.

Now, ExecStart has been successfully modified in /etc/systemd/system/foo.service without actually writing to it. Restart the service to see the change.

NB: You should reload the systemd daemon before restarting.

We can now see that the drop-in file is active and systemd was able to reflect the change on foo’s service.

systemd-delta outputs the different changes made to all unit files. This is the equivalent of git diff.

Please refer to the systemd manual page for more insight on resource management using systemd and cgroups (which is outside the scope of this article).

systemd standardizes how Linux-based systems should be managed. This is different from hacks common among System V init implementations.

We’ve also discussed the Sys V-based issues and how systemd surmounts them. But it is only little of systemd’s capabilities that I can fit in this article. Archlinux intro paragraph to their wiki on systemd says:

Like this isn’t huge enough, it still goes on to say:

So to experience and use the power of systemd to its full glory, I’d advise you to study further. Links to resources and materials referenced in this can be found below.

The migration from traditional init based systems to systemd is probably the most fiercely debated topics in Linux’s history.

For arguments for and against systemd, it would be interesting if you visit the biggest myths and without-systemd.