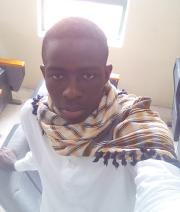 Networking devices share data among themselves with the help of a router, a router is a device that learns which paths are available and which path is best to forward traffic to. The mechanism through which the router makes such a decision is known as routing.

In this article, we will look at static and dynamic routing with the following objectives:

A router is a networking hardware device designed to receive, analyze and forwards internet protocol packets between computers in a network.

Functions of a router

A router uses information contained in the internet protocol header to make various decisions; these decisions include:

When a router receives an IP packet through any of its interfaces, the router examines the packet’s destination IP address, the optimal path to reach this destination is added to the routing table. Metrics are used to determine the optimal path to reach a destination IP address through static and dynamic routing protocols. These metrics are standard measurements or vectors that give a quantitative value measure for the distance to a given network.

A common metric can either be: hop count, bandwidth, delay, current load on the path, reliability, or the combination of two or more of these standards.

Hop count is the number of internetworking devices, such as a router that an IP packet must pass through to reach its destination subnet. If a routing protocol uses Hop count as its metric, then the path with the least metric or number of routers is considered the best path. This path is then added to the routing table if there is no other routing protocol with less administrative distance. RIP uses hop count as its metric.

In the image above, a sub-network-A device wants to reach another in sub-network-B; using hop count as its metric; the network will use Route 1 because it has the least Hop count value (2).

Delay refers to the time taken to send data from source to destination; this includes the time taken by a router to process and send a datagram to the receiving interface. For protocols that use delay as their metric, the link with low latency is considered the best path.

Bandwidth is defined by this article as the number of bits that a link between two devices can send per second.

Because metric can depend on single or many characteristics, Enhanced Interior Gateway Routing Protocol (EIGRP) uses a composite of bandwidth and delay to calculate its metric. 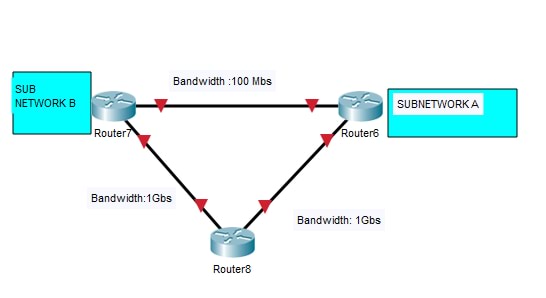 Network load refers to the extent to which a network resource like a router or link between networks is used at any given period. For protocols that use load as their metric, the path with the least load is considered the best and added to the routing table to transmit the datagram to the destination subnet.

The primary function of a router is to forward a packet to its destination. The router achieves this by encapsulating the IP packet with the appropriate data link frame type of the egress port. This encapsulation happens after the router has determined the exit interface associated with the best path to forward that packet.

The path can either be:

A router can have two or more paths with equal metric and administrative distance to a destination sub-network. When this happens, the router will forward the packet using both paths.

The method of sending data to a destination sub-network using two or more paths is called Load balancing.

Load balancing is possible because a routing table can contain many paths associated with different exit interfaces of a router having an equal metric or cost path.

In the figure above, the network uses RIP as its routing protocol. To send traffic to Sub-network B, Router 6 will distribute its traffic to Route 1 and 4 because they have an equal metric. For a well-configured network, load balancing increases the network’s effectiveness and performance for both static and dynamic routes.

An organization can configure its router(s) with many dynamic routing protocols and a static route. However, this is not common but required in some situations.

For example, two companies, A and B, can connect their networks for data transmission. If company A uses Open Shortest First (OSPF), while company B uses the Enhanced Interior Gateway Routing Protocol (EIGRP), one company must configure OSPF and EIGRP.

This router then takes the route learned from OSPF and advertises it to EIGRP and vice versa; this process is called route redistribution; under such a situation, a routing table can contain more than one route source a destination network.

In this situation, metric values cannot be used to decide which path to forward traffic because each routing protocol calculates its metric using different information.

To resolve these issues, the Cisco Internetworking Operating System uses a concept known as administrative distance to choose which routing protocol’s learned route is to be added to the routing table.

For example, RIP has an administrative distance of 120, while OSPF default to 110, for a router that learned a path to the same subnet using both RIP and OSPF, OSPF will be the trusted route source and it routing information is added to the routing table to reach the destination subnetwork.

The table below shows some route type and their administrative distance.

Because a connected route has an administrative distance of 0, it takes precedence over any other route source if any other protocol learned the path to a subnet.

A router can find remote networks using either static or dynamic routing.

Static routing is a routing type in which a network administrator configures the routes into the routing table to be used by the router to send packets to a destination network.

This route includes a destination host address, its corresponding network mask, and the IP address of the next-hop address.

A default static route is used to send packets when an explicit route is not present in the routing table. This route is configured with 0.0.0.0/0 as its destination IPV4 address.

By configuring a default static route, a router can match all packets to use this route.

This route reduces the number of routing table entries required for many static routes. A summary route can only be implemented on contiguous routes that use the same exit interface or next-hop address. 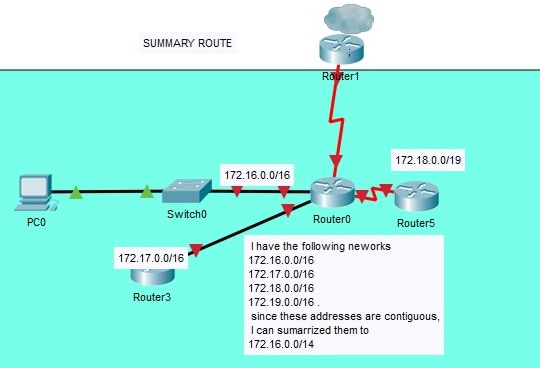 A summary route can be calculated for contiguous addresses; this calculation can be done using either the binary or decimal (fastest) method.

The two of which we will gander at in the section below. Assuming an administrator has the following static routes:

That are contiguous and uses the same exit interface or next-hop address; the administrator can summarize them to have the most optimal route.

This address can be represented in decimal form as:

From the first octet on the left-hand side, we can see that all the bits in that octet of the addresses matched, and for the second octet, the first 6 bits also matched. With this, the summary address of these contiguous networks can be calculated.

A floating static route is a backup route to any static route or a dynamically learned route. This route is used only when the primary route fails or is unavailable.

When to use static routes

Static route can be used to:

Unlike static routing, the route needs to be reconfigured by the administrator in the event of any change. Different types of dynamic routing protocol are used today; however, in this article, we will take a gander at Routing Information Protocol (RIP), Open Shortest Path First (OSPF), and Enhanced Interior Gateway Routing Protocol (EIGRP).

Border Gateway Protocol (BGP) is the only EGP.

Routing information protocol is an IGP that bases its internal logic on distance-vector; this vector describes the information a router knows about a route.

This information includes; the destination subnet, the distance metric, and the vector (which is the link and the next-hop router). Routing information protocol is not in use today because it does not scale well for large network implementation.

Open Shortest Path First (OSPF) is a protocol that creates a complete view of the network by gathering information from all the other routers. Protocols that make such a comprehensive view of a network are referred to as link-state protocols.

These protocols do not use periodic updates to send new routing updates to their neighbors; instead, they advertised every detail about the internetwork to all other routers such that all routers in this internetwork have the same information.

As a link-state protocol, OSPF builds its routes using a mathematical algorithm known as the Dijkstra Shortest Path First (SPF) algorithm. This algorithm analyses the link-state database and then builds the local routes with the router’s information to add to the routing table; these pieces of information are a network address and its subnet mask, an outgoing interface a next-hop router IP address.

A router configured to run OSPF as a routing protocol creates and maintains the following three table:

OSPF uses the Dijkstra Algorithm to create its topology table. This algorithm makes a Shortest Path First (SPF) tree by placing every router at the base of this tree and computing the shortest path to every router, and this path is then added to the routing table; hence, the name Open Shortest Path.

A network administrator can implement OSPF in one of two ways:

In a single area OSPF, all the router’s interfaces are put in the same area, usually called Area 0 (backbone). The problem with single-area OSPF is that more extensive networks suffer because a larger topology database requires more memory and is time-consuming.

In a multi-area OSPF, all areas are connected to area 0, and routers that interconnect two or more areas are referred to as Area Border Routers (ABRs).

The advancement of businesses and technical factors pushed the world toward the second generation of better routing protocols. Today EIGRP and OSPF are the two primary routing protocols in use in modern enterprise networks.

Due to the less robust hop-count of metric that RIP uses, it has fallen away as a serious competitor as most cooperate networks uses either EIGRP or OSPF as their routing protocol.

It bases its vital principle on the distance vector; as such, it is considered as an advanced distance-vector routing protocol.

EIGRP has the following features:

Both Static and Dynamic routing have their advantages and disadvantages; it is up to the network administrator to study the network to know which protocols they need to apply or if both will be required.