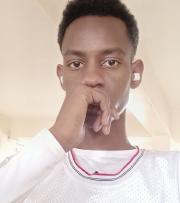 Websockets are becoming very common in the modern web development environment. Most web developers nowadays want to develop real-time web applications or customize their existing applications to become real-time in order to satisfy their users needs appropriately. This is where websockets play a major role.

What is a websocket?

Websocket is a computer communication protocol that enables full-duplex communication between the client and server over a single TCP connection. Websocket protocol which is located at layer 7 of the OSI model enables interaction between a web browser or other client applications and a web server with lower overhead than half-duplex alternatives such as http polling hence promoting real-time data transfer between the two.

What is socket. io?

Socket.io is a JavaScript library that enables real-time, bi-directional and event driven communication between the client and server. Socket.io consists of two similar APIs i.e.

Socket.io version 1.0 which was it’s major release version was released on the 28th of May, 2014. The project contained two parts before version 1.0 i.e. a transport handling implementation and a high-level API. With the major release, transport handling has been moved to Engine.io which allows developers to build new real-time APIs for the real-time web without reinvention. Apart from that, socket.io introduced the following changes:

Setting up socket. io on the server side

Setting up socket.io on a node.js server is just as simple as adding event listeners to a http.server instance. Let’s look at a code example

Socket.io can also be attached to other HTTP frameworks. The code snippet below shows how to attach socket.io to express.js framework.

The code snippet below shows how to attach socket.io to a hapi framework.

Setting up socket. io on client side

For a socket.io client to connect to socket.io server, socket.io.js script needs to be added in the body tag of a the client html page. Here is a code example

The code snippet Below makes a connection to the server. It uses local host as an example.

This is how the client’s browser listens for the event

We can send any JSON object to and from the server. This includes strings, numbers, arrays and booleans. We can also send Node.js Buffer objects starting with Socket.io 1.0.

Socket.IO has played an important role in the popular adoption of Node.js by making WebSockets both accessible and reliable. Version 1.0 represents a major step in its evolution and the extraction of Engine.IO has opened up some interesting possibilities for the Node.js ecosystem.