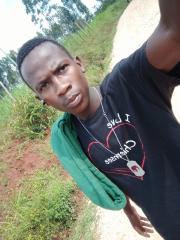 Antony is an undergraduate student pursuing a Bachelor of Science in Computer Science at the University of Nairobi. He is interested in Networking, DevOps, Cyber Security, Web Development, and any upcoming trend in technology. He spends most of his time learning new systems, and technologies both in software and hardware fields.

Understanding Gazpacho in Python and its Application in Web Scraping

It can be tedious and time-consuming to get large amounts of data online by searching and copy-pasting. To make it easier and quicker, we can automate this process by using the web scraping tool to load and extract the data from multiple websites and webpages according to our needs.

This article will cover much concerning the web scrapping tool, its real-life applications, and how we can use the Gazpacho Python library for scraping web data.

To follow along with this tutorial, the reader should:

Go to this page to install Jupyter on your PC.

Web scraping, also known as web harvesting or web extraction, is commonly used when obtaining information from the internet. It is much quicker and easier than the manual methods. It is an automatic method of extracting data from a web page by querying a web server, requesting data (usually in the form of HTML and other files that comprise web pages), and then parsing it to extract the needed information. It is made possible using automated software called web scrapers, which is dedicated to performing data harvesting.

Components of the Web Scraper

The software is made up of various components, as described below:

Operation of the Web Scraper

For the web scraper to perform and accomplish the scraping process, it goes through various steps as stated below:

We utilize web scraping in a variety of real-world scenarios, including:

Web scraping involves a wide variety of programming technologies and techniques. In Python, web scraping is done with various libraries:

In this tutorial, we will focus on how to use the Gazpacho library to automate data extraction from web pages and websites. It is a modern web scraping Python library, stable and installed with zero dependencies. It can combine the functionality of the requests and Beautiful Soup libraries by importing a few classes from each.

To use this library, check if Python is installed on your machine by typing the command python in the command prompt. If it is not installed, go to this page to download and install it.

Once Python is installed and running, we can install the library using the pip command below: 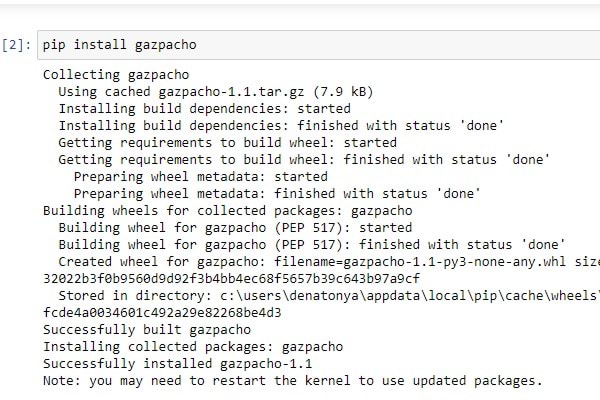 To show how we can use the library for web scraping, we will scrape the webpage of webscraper.io from a dummy computer and tablet site.

First, we will start by importing the get method from the requests library, which will be used for getting the webpage HTML data after the URL of the webpage has been specified. As shown, the get() method will take the URL and extract the HTML attached to it.

It will display a soup of text using html as shown below. 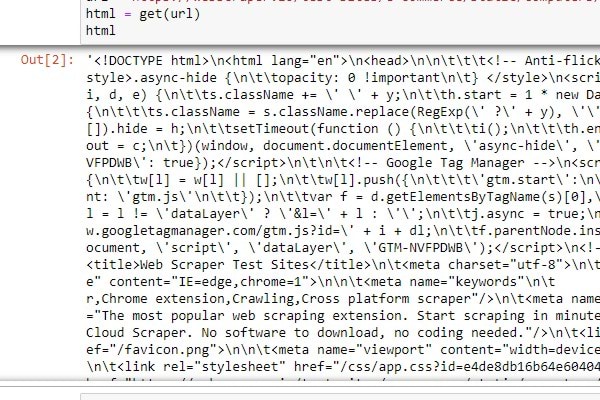 Since the extracted HTML data is in unstructured form, we will use the Soup class of Gazpacho to parse and get structured data from the downloaded content.

Now, to find some data concerning webpage contents, we will use the .find() method of the Soup object. In our case, let’s find tablet titles. 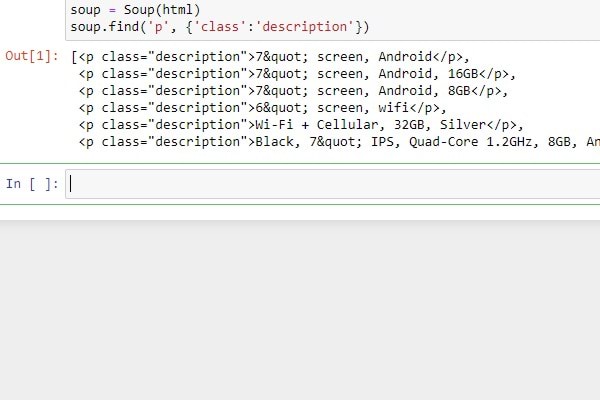 From the above output, we can get text data from the structured HTML data, using the .text attribute. Let’s get more details concerning the tablets; titles, descriptions, and prices, by defining a function to display the structured and clear HTML data as shown below:

From the code above, we have used the partial name of the class in the tag and set the partial argument to True since we might not know the exact name of the class in which we want to retrieve data. It extracts data for all three elements (title, description, and price) of the tablets belonging to the class caption. To display the data in a frame, we parse the extracted data inside the Python pandas library, pd. 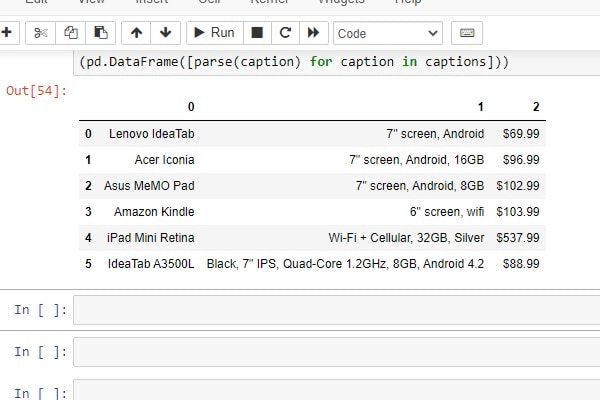 In this tutorial, it is evident that the web scraping process is crucial and helpful when it comes to data extraction from various websites and web pages. It has been made so easy and quick using the modern Gazpacho library, which has advantages over the other libraries since all the tasks are done using a single library import.