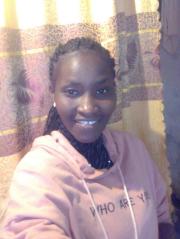 Jedidah is a computer science and engineering student at Embu University of Science and Technology. She is a full-stack web developer and an aspiring data scientist. She also has a passion for Artificial Intelligence and Machine Learning. Her hobbies are hiking and traveling.

Differences between a Hub, a Switch, and a Router

In networking, the terms switches, hubs, and routers are sometimes used interchangeably which is wrong.

Despite them being similar, there are differences in how they handle data. These three components may be integrated into a single device making it hard for a student to distinguish between them.

In this article, we are going to discuss each device and its functionalities in a network.

What is a Switch?

A switch is a multicast networking device that works under the Datalink layer of the OSI model and connects a bunch of computers or devices in a network. It’s mainly used to send a private message and it does not waste data.

A switch can easily identify which device is connected to which port by using a MAC address giving it the ability to deliver the message to a particular machine.

Advantages of using a Switch

What is a Hub?

A Hub is a simple and cheap networking device that works under the physical layer of the OSI model and connects a bunch of computers in a Local Area Network(LAN). It is considered less intelligent because it does not filter data and does not know where the data is to be sent.

All information sent to a hub is automatically sent to all ports of the devices connected to it. This leads to wastage of bandwidth.

Disadvantages of using a hub

What is a Router?

A Router is a networking device that operates under the network layer of the OSI model and is used to connect two or more networks. It is a device that establishes a common link between networks to enable data flow between them.

Let’s look at their differences on the OSI model.

The component’s layer in the OSI model

The Open Systems Interconnection Model(OSI Model) is a 7 layer model that is used to describe, in a pictorial way, how computer systems communicate. A switch, a router, and a hub each operate on a different layer.

A switch is located on the OSI model’s Data Link layer i.e., the second layer. The link layer is specific to the medium over which the packet is traveling. The Ethernet and Mac Address are part of this layer.

A router resides in the Network Layer of the OSI model i.e., the third layer.

A hub is located in the Physical Layer of the OSI model i.e., the first layer.

Functions of each device

Applications of each device

They define the direction in which data flows between two communicating devices. There are three types of transmission modes:

Read this documentation for more information on the different modes of data transmission.

Both switches and routers support full-duplex transmission. Thus, a bunch of computers can send data at the same time.

Hubs support half-duplex transmission. Thus, only one node can send data at a time.

Addresses used in each device

A hub on the other hand does not store any MAC/IP address to transfer data.

A hub transmits data from one device to another in form of binary bits.

In this article, we have looked at hubs, switches, and routers. We have also looked at their functionalities and applications of each device as used in networking.

I hope the article has been of great assistance to you.