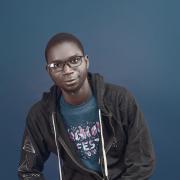 Rasheed is a Mobile-Web developer specialized in building web apps with JavaScript and its frameworks. As a community lover, Rasheed writes to educate and help fellow community members. Rasheed has also served as an open-source project maintainer and contributor.

It is a popularly known fact that a Linux server can apparently run for years without needing a restart. For this reason, Linux is the most used platform for server related jobs and tasks.

For decades Linux has led the list of StackOverflow surveys of the most used platform not until Windows introduced WSL (Windows Subsystem for Linux) before overtaking the Linux.

This is just a simple reason why this article was curated to help introduce you to the world of Linux power use. Automation is another key feature made possible by Linux, in this article we will talk about the following

As mentioned in the beginning, Linux possessed various features which make it stand out in servers and services provision. According to a survey by w3techs survey, over 77% of online servers run Linux, 90% of public cloud run Linux and practically all the best cloud hosts use it, 96.3% of the world’s top 1 million servers run on Linux.

This is possible because of the following:

What are Linux services?

Cloud services are provided as a service, do you know why? Because they are made of servers. Available resources that are run and managed by Linux are called services. The ability to ensure the servers of the installed program are running and following a logical boot-up order automatically are examples of the action of service configuration in Linux.

Units which are sometimes interchanged with resources are a set of processes managed and run by Linux. Each unit is clearly defined in a file called unit files which are called by the name of their extension.

For example filename.service unit will be referred to as service unit, filename.socket is called socket units and so on. All these units are found in a very unique location on Linux called the system directory inside the systemd which can be found in /etc/systemd/system.

Systemd: This is the software suite which provides a list of units and components for Linux OS. It houses all the units and service configurations. The service manager and system are the main primary component of the init system.

This system always has a PID (process ID) of 1 which gives it privileges to be the first process to run after boot-up and service as the entry point for other programs. To check the availability of systemd on your system, run the command below and you will get an integer 2733 as an output.

To check the process structure and tree of the currently running processes, run the below command:

To create a service is very simple but it needs to run and execute a certain predefined program in this case - our yet to be built Node.js app. This app will return “Hello World” for our users and they will be ready to pay us a million dollars for checking it out):

In order to follow along, you can create your own program that you intend to make available to your users or grab the source code for our app on GitHub here. Ensure you have Node.js installed if you download or clone the app from GitHub.

When you are done, you can test the app by opening your terminal in the cloned project directory and run:

This should produce an output like this: <{message: “Hello, World!”}>. If you get anything other than this, follow the error message to fix it and follow along when you are done.

Up next is the creation of a service to manage the app created. Step 1: Create a file inside the /etc/systemd/system directory called myhelloapp

What the heck, is that?

Service units are always grouped into sections, each section always lives inside a square bracket. In this case, we have three sections, the unit, service, and the install section. To start with what is the unit section.

This is where the Description, Documentation of the service we are creating are defined. There are other statements which can come under this unit section which are After, BlindsTo, After, Wants, Requires and so on. They are like meta tags in HTML.

This service section contains commands which are meant to be run for our service to be up and running. It always contains ExecStart, Type, ExecStartPre, ExecStartPre, Restart, StartLimitInterval and so on.

This consists of commands that allow the service to run immediately after the completion of boot-up.

Step 3: Execute the commands for the start of the service. i. Change the mode of the app to executable, navigate to the app directory and run:

ii. To notify the kernel that a new service has been created, run:

iii. To start the service run:

v. To stop the service run:

vi. To configure it to start during boot-up run:

vii. To configure to not start at start-up:

After we have completed this we can boot-up your system, your app server will automatically restart and be up and running without manually having to restart the server. You now have the service running on your system.

Up next, we will go through how to make it available on the internet and start providing a docker like service.

Amazing right? I suggest you check full description of this here at the RedHat Docs.