There are many AI-powered computer systems nowadays that can use speech-based communication to communicate with humans. The main logic that is used in these types of systems is the ability to recognize speech and perform tasks accordingly.

In this tutorial, we are going to explore the basics of speech/command recognition using a speech-command recognizer model provided by TensorFlow in a React app ecosystem.

We will also demonstrate the use of a system microphone for speech audio input and listen to the audio to make probabilistic predictions. We will learn how to perform speech command recognition in real-time and demonstrate the result of predictions.

Then, we are going to load the speech-commands model provided by TensorFlow.org. Feeding the audio data to the model neural network, we are going to listen to the audio and make the predictions. Finally, we will also improve the accuracy of recognition by applying the argmax function to our model.

What we will cover in this tutorial

First, we are going to create a new React App project. For that, we need to run the following command in the required local directory:

Then, we need to open the project in our code editor IDE (VSCode) as shown in the screenshot below: 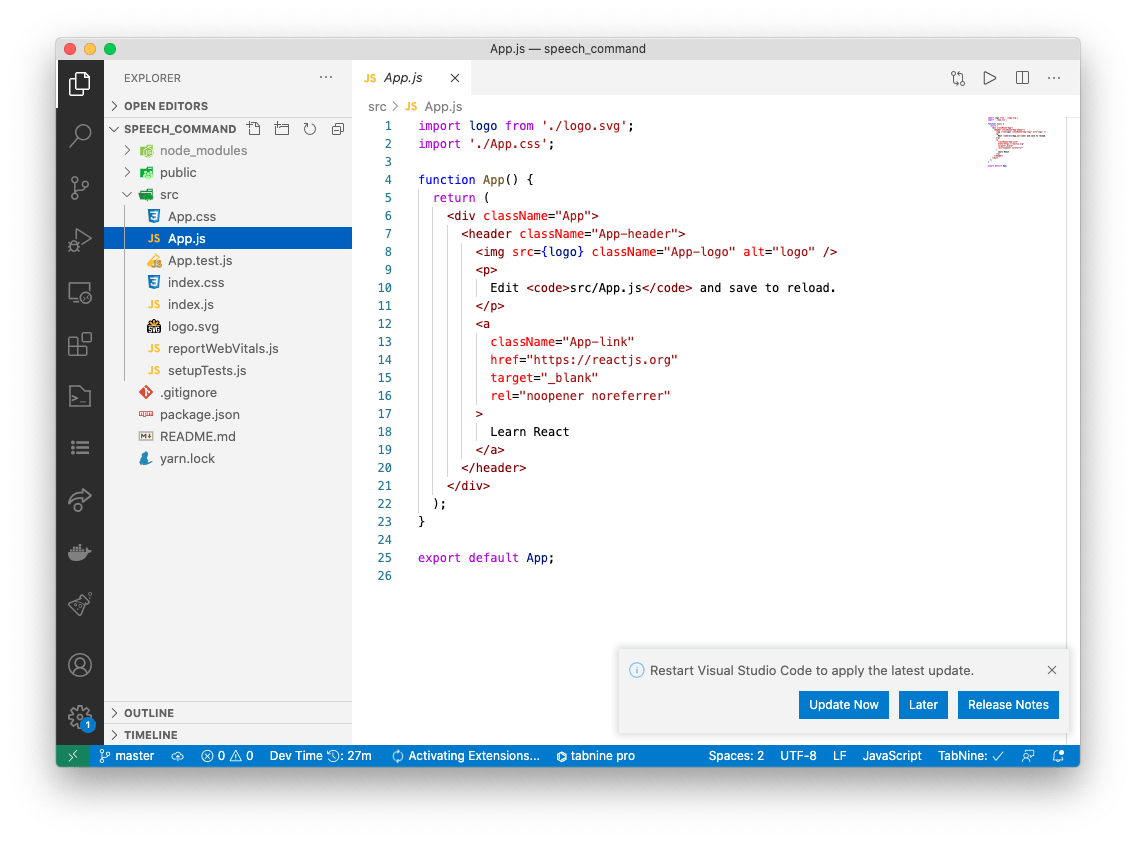 Now, we can execute the command yarn start or npm start to run the project on the port 3000 of our localhost: 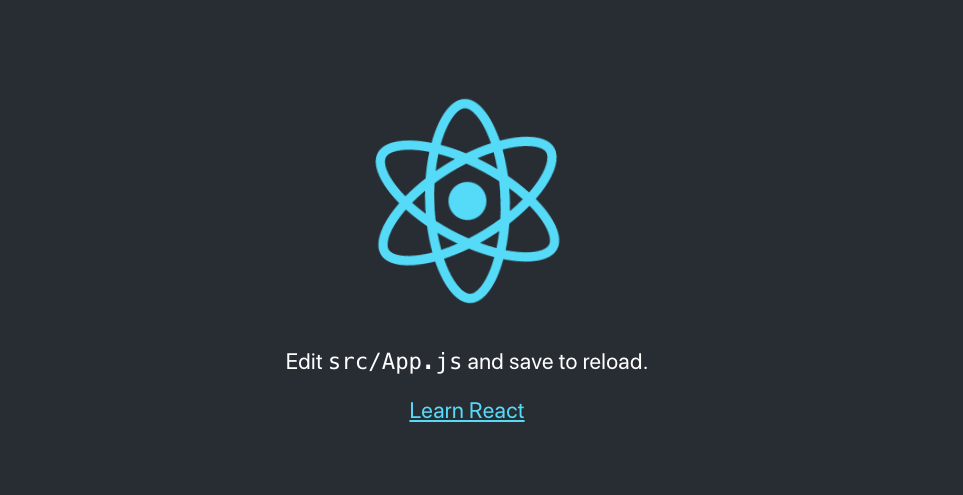 Now, we are going to install the main TensorFlow.js package along with the speech commands recognition package provided by TensorFlow.org.

To install the package, we need to execute the following command in our project command line or terminal:

After the successful installation of the required packages. We need to import them in the App.js file of our React project as shown in the code snippet below:

Setting up the application states

Then, we need to define the state variable for model, action, and labels using the useState hook as shown in the code snippet below:

They are all initialized to null value at the start.

The useState hook enables us to define the state variable which is a way to preserve the values between the function calls. The hook method takes in a initialization parameter of any data type and returns two pair of values.

Now as an example, you can simply use the update function to update state as shown in the code snippet below:

Here, we are going to create a function called loadModel that loads the Speech Recognizer model into our app. First, a recognizer is initialized using the create method provided by the speech module.

This loads the speech model in the app. Then, we ensure that the model is loaded using the ensureModelLoaded method from the recognizer.

The implementation is shown in the code snippet below:

The useEffect hook enables us to perform operations in a React component. This hook runs when the component mounts to the DOM. So, any functional calls that need to be triggered automatically when the template mounts are to be kept inside the useEffect hook.

The first parameter takes in a functional callback to which we can apply any code expressions. The second parameter allows us to track the changes in the state which in turn triggers the callback.

Now, when we can reload our app, we will see the model is loaded and the labels logged in the console as shown in the screenshot below:

The additional option of probabilityThreshold is applied to improve the recognition. Lastly, we apply the setTimeout callback to trigger the stopListening method in order to stop the speech recognizer.

The overall implementation is provided in the code snippet below:

Next, we add a button to activate the browser microphone whose onClick event will trigger the recognizeCommands function as shown in the code snippet below:

Now once we click on the button, the model in the app will start listening to speech as shown in the screenshot below:

This completes the speech recognition feature implementation in React app. We can now run the app and detect the speech audio.

Now, we are going to add the argmax function to our speech recognizer model to improve its detection to the highest possible result.

The actual source code for this function can be found here.

The function uses map logic along with the reduce method to improve the overall probability of detection. Hence, it is a Map-Reduce algorithm.

The reduce function takes in the sorted key-value data from the map function. Then, it searches and compares the matching pair of data and reduces them. It prevents redundancy and eliminates duplicate pairs.

Now, we are going to apply the argMax function to our model and set the labels to action state as shown in the code snippet below:

Displaying commands to the screen

Finally, we will display the result of the action or commands to the screen using conditional rendering as shown in the code snippet below:

Hence, we get the result as shown in this demo on Codesandbox.

In this tutorial, we have learned how to use the speech-commands recognizer TensorFlow model to detect the speech in our React app.

Due to the availability of a speech-commands recognizer COCO TensorFlow model, the overall implementation the speech recognition on a React app was simplified and made easy.

The main objective of this tutorial was to explore the use cases of the speech-commands recognizer model and use it to create a simple speech recognizer React app.

Worawat Kaewsanmuang is an Undergraduate Electrical Engineer student from Chiangmai University, Thailand. He is passionate about blockchain technology and mobile development.