What is Self-Supervised learning?

So, how do we overcome these challenges?

It has been used extensively in reinforcement learning, natural language processing, robotics, and neural networks.

What is contrastive learning?

Contrastive learning is a very active area in machine learning research. It is a self-supervised method used in machine learning to put together the task of finding similar and dissimilar things. By applying this method, one can train a machine learning model to contrast similarities between images. For example, given an image of a horse, one can find the matching animal in a gallery of other photos.

SimCLR is a framework developed by Google that demonstrated the implications of contrastive learning. It is high-impact work that eliminates specialized architectures and memory banks, typically used in contrastive learning. It shows that strong augmentations of unlabeled training data, a standard ResNet-50 architecture, and a small neural network is all you need to achieve state-of-the-art results. For such a simple approach, the results are truly mindblowing.

Throughout this article, this paper published by Google will be our referencing material for the article. Unlike other papers, this paper entails many tips like the network having a large batch size, more training epochs, and increasing the network’s width to make the most out of contrastive learning.

Let’s learn about the SimCLR framework’s details and the results presented in the paper published by Google.

An overview of the SimCLR framework

The major components of the SimCLR framework include:

The SimCLR framework starts by fetching examples of images from an original dataset. It transforms the given image example into two corresponding views of the same example image.

While previous methods to contrastive learning introduced architecture changes, SimCLR argues that a target image’s random cropping sets up enough context for contrastive learning. The use of cropping enables the network to learn the global to local contrast and contrast the same image’s adjacent views.

For example, consider this image below of the dog, with its global and local contrast.

The paper also mentions a systematic study performed, that combined the different compositions of data augmentations—for example, combining cropping with other data augmentation techniques such as blur, color distortion, and noise. This is shown below. 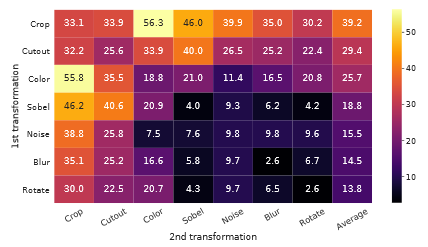 The base encoder $f(x)$ uses a Convolutional Neural Network (CNN) variant based on the ResNet architecture. It extracts image representation vectors from the augmented data images produced by the data augmentation module. This extraction produces the embeddings, $h$.

The projection head $g(h)$ consists of two fully-connected layers, i.e., a multi-layer perceptron (MLP), that takes in the embeddings, $h$, as its inputs from the base encoder and produces an embedding $z$. This module’s role is to map the image representations to a latent space where contrastive loss is applied.

The contrastive loss function states that the similarity of $z_i$, and $z_j$ corresponding to, for example, an image of a cat and its augmentation should be closer together. In other words, they should attract.

In contrast, the similarity of any $k$, which is not $i$, should be pushed further apart (repel). An example of this would be the representation of a dog, and a cat should repel eachother.

That’s a simplistic view of what the contrastive loss function does in a nutshell. 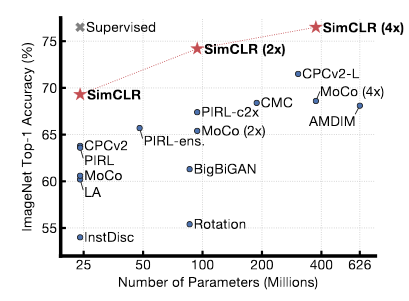 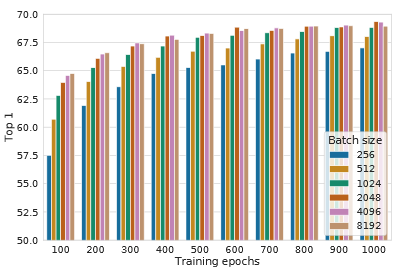 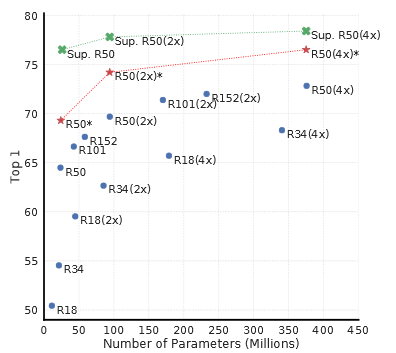 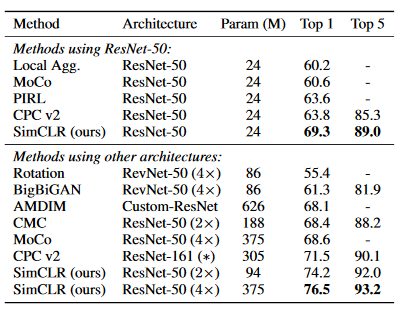 Summary of the SimCLR Framework