When building Python packages or any Python project, being able to test code and deploy to production faster is an attribute of a fast-paced development environment. After each bug fix, users expect to see the effect on their local software, and this is an attribute of Continuous Integration and Continuous Deployment.

In this article, we will cover what Continuous Integration and Continuous Deployment (CI/CD) is, build a python package that informs us of the time in various time zones.

We will also cover working with the Test Python Package Index and GitHub Actions. The list below outlines a bit more information about the article.

CI/CD is a practice used by organizations to ship applications to customers faster and without common errors.

There are three major phrases when talking about CI/CD namely:

These phrases seem similar but are of different meanings and implementations. Yet, they are very important to the software development life-cycle.

Continuous Integration is a set of practices that enable development teams to integrate code into version control repositories regularly.

It’s an important DevOps (Development Operations) practice that allows developers to merge code changes regularly and ensure the execution of builds/tests against the code. We merge this code changes into a central repository.

Continuous delivery is a software development practice where code changes are prepared to be released after being built and tested. These builds are automatically pushed to testing/production after a code changes.

Continuous Deployment (CD) is a software release process that uses automated testing to validate if changes to a codebase are correct and stable for immediate autonomous deployment to a production environment.

This blog by Amazon explains in details the difference between these three.

We will attempt to build a basic Python package that tells a user the time in another time zone and works on the command line. The code for this project is in this repository.

To build our basic Python package, we need two components, namely a setup.py file and an src folder containing our package logic.

Let’s start with the src folder: it should contain three files, namely __init__.py, logic.py, and main.py.

Copy and paste the following code snippet into logic.py.

Next we copy the following code snippet into main.py.

Once we’re done with the application logic, we package our application to work locally on our machines. First, let’s create a setup.py file in the top-level directory.

Then, fill the file with the contents in the code snippet below:

This file contains the information or metadata for the Python package we built. On the command line, we will call it using the command timechecker as defined in entry_point of setup.py.

Below is the directory structure after creating the file structure above:

Following the guide on the official Python documentation, let’s create a credential for GitHub Action to communicate with Test PyPI.

You’ll need to create a Test PyPI account if you don’t have one already as it is different from the standard PyPI account.

Execute the following steps to package the application with GitHub Actions:

Few things to note about the workflow above:

Below is the final directory structure:

Once this is achieved, push the code to the repository. Then navigate to the Actions tab and see something similar to the screenshot below:

To test the package locally, execute the following command locally:

In this tutorial, we’ve seen what continuous integration, delivery and deployment are. We then built a Python package to detect the time in a particular timezone. We’ve also seen how to package a Python application and a Test repository that doesn’t affect the general Python index.

This article aimed to introduce you to CI/CD with Python packages, and an example that builds on this introduction. We used GitHub Actions to achieve our said objectives and ensured the entire pipeline works as developed.

The source code for this repository can be found on GitHub. 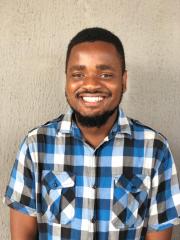 Edidiong Etuk is an Infrastructure Engineer enjoying every wave of tech… Moves in DevOps and ML circles. He’s passionate about Kubernetes, CI/CD and improving the developer workflow in an organization.