This article assumes that you have some basic and background knowledge of using containerization technologies such as using Docker to run and manage containers. It is also essential to understand the role of big data as that is what Hadoop seeks to achieve.

What is a Hadoop cluster?

We can classify Hadoop clusters as a subset of computer clusters. It’s made to hold and analyze large amounts of unstructured and structured data. Parallel processing, load balancing, and fault tolerance are all common uses for clustering.

A Hadoop cluster functions similarly to a computer cluster. A computer cluster is a collection of linked computers that operate as a single system. More power can be added to the cluster relatively easily this way. You simply add a new computer to the network.

The Hadoop ecosystem comprises three main components that are designed to specifically work on big data. 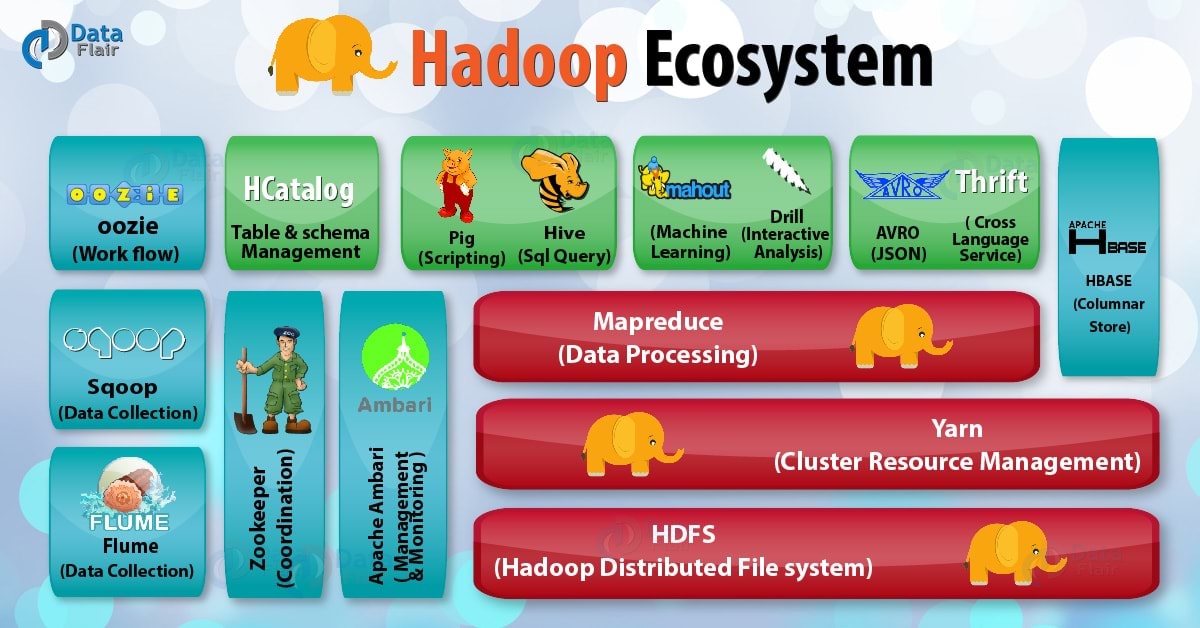 HDFS is a storage unit that helps to distribute data amongst many computers and is stored in blocks.

The Hadoop framework subdivides data into multiple smaller chunks and stores each segment on its own node within the cluster.

Assume you have approximately 4 terabytes of data. HDFS will split the data into multiple data blocks and then store the data in several data nodes in the Hadoop cluster.

HDFS will then use the replication method and make copies of each data node to other machines present within the cluster. This makes HDFS fault-tolerant by ensuring that no data is lost even if one of the data nodes fails.

MapReduce divides data into chunks and processes each one separately on separate data nodes. After that, the individual results are combined to produce the final output.

The diagrams below show a Hadoop MapReduce architecture and the flow of a MapReduce job in an HDFS. 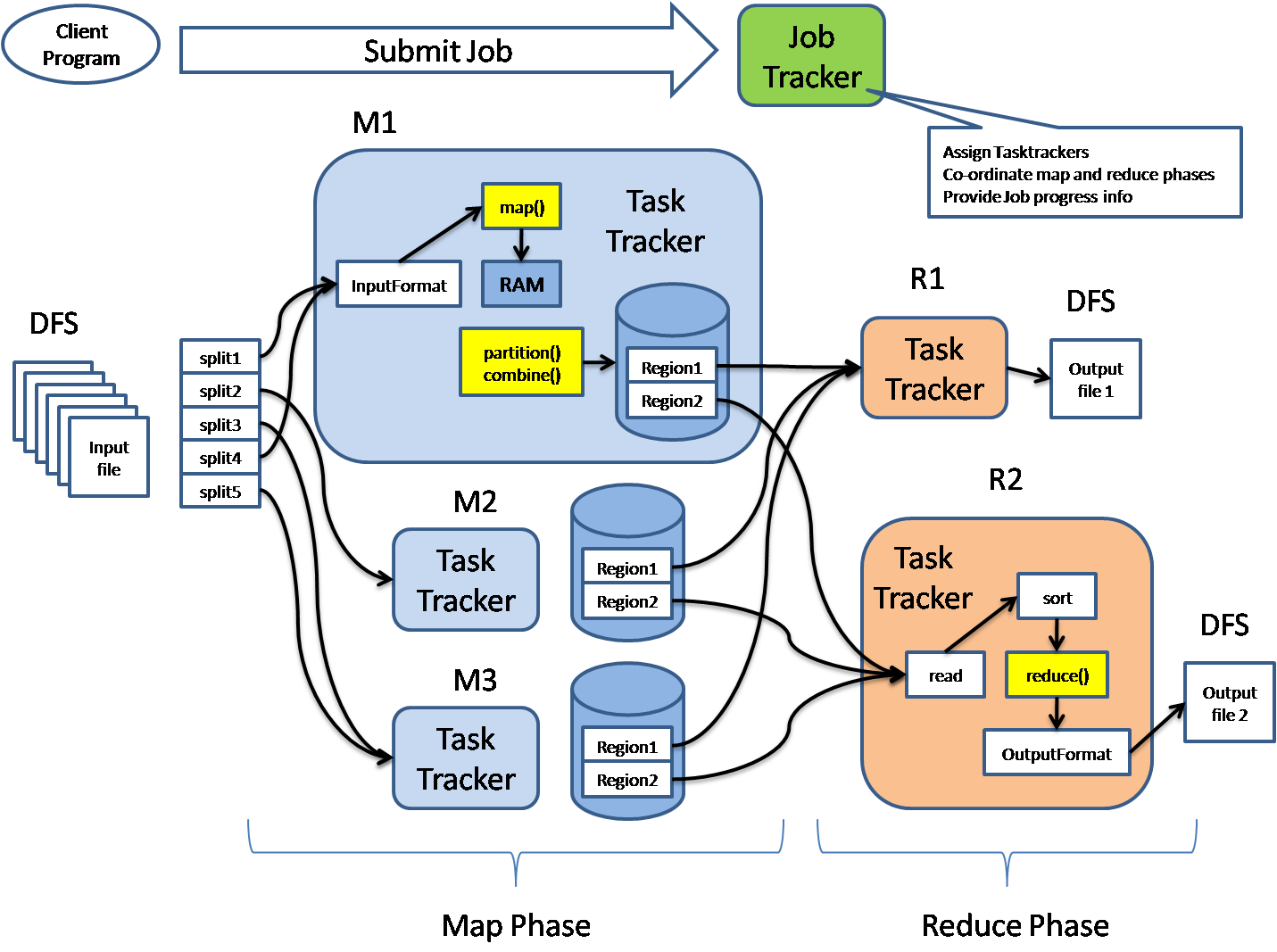 Check out this blog to learn more about Hadoop MapReduce.

3. Yet Another Resource Negotiator (YARN)

Note: Apart from the components listed above, the Hadoop ecosystem includes a slew of other components. Check them here.

What are Docker and Docker containers?

A container is a way to package applications with everything they need inside that package, including the dependencies and configuration necessary to run it. In addition, the package is portable like any other artifact and can be easily shared and moved around between the relevant teams.

Docker is an open-source container solution that allows you to containerize and package an application and its dependencies in Docker containers for development and deployment purposes.

A Docker container is a pre-configured environment that includes all of the necessary installations for the application running inside it. Each container has a running application, and each container runs on the Docker Engine, which in turn runs on top of the host operating system. 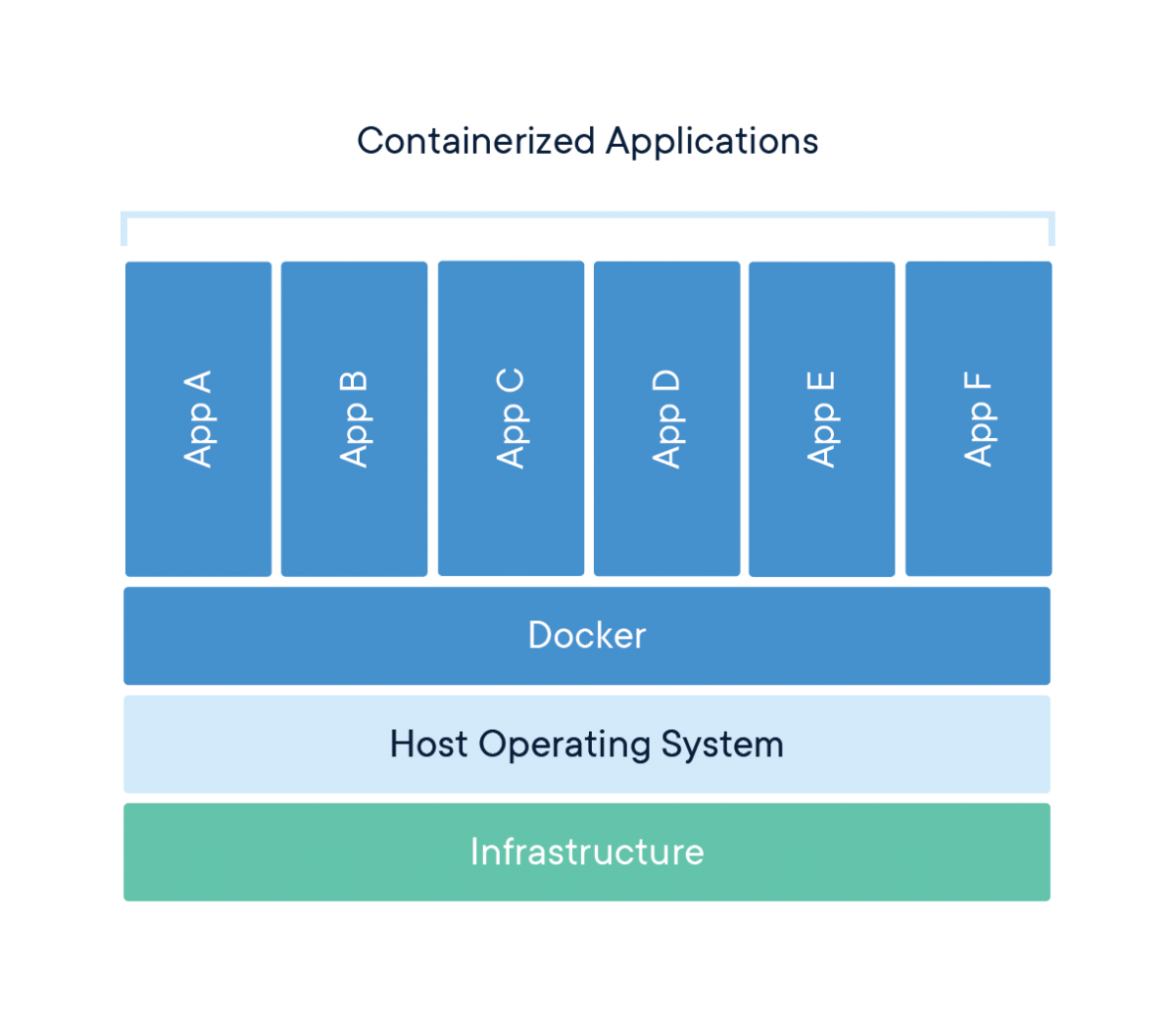 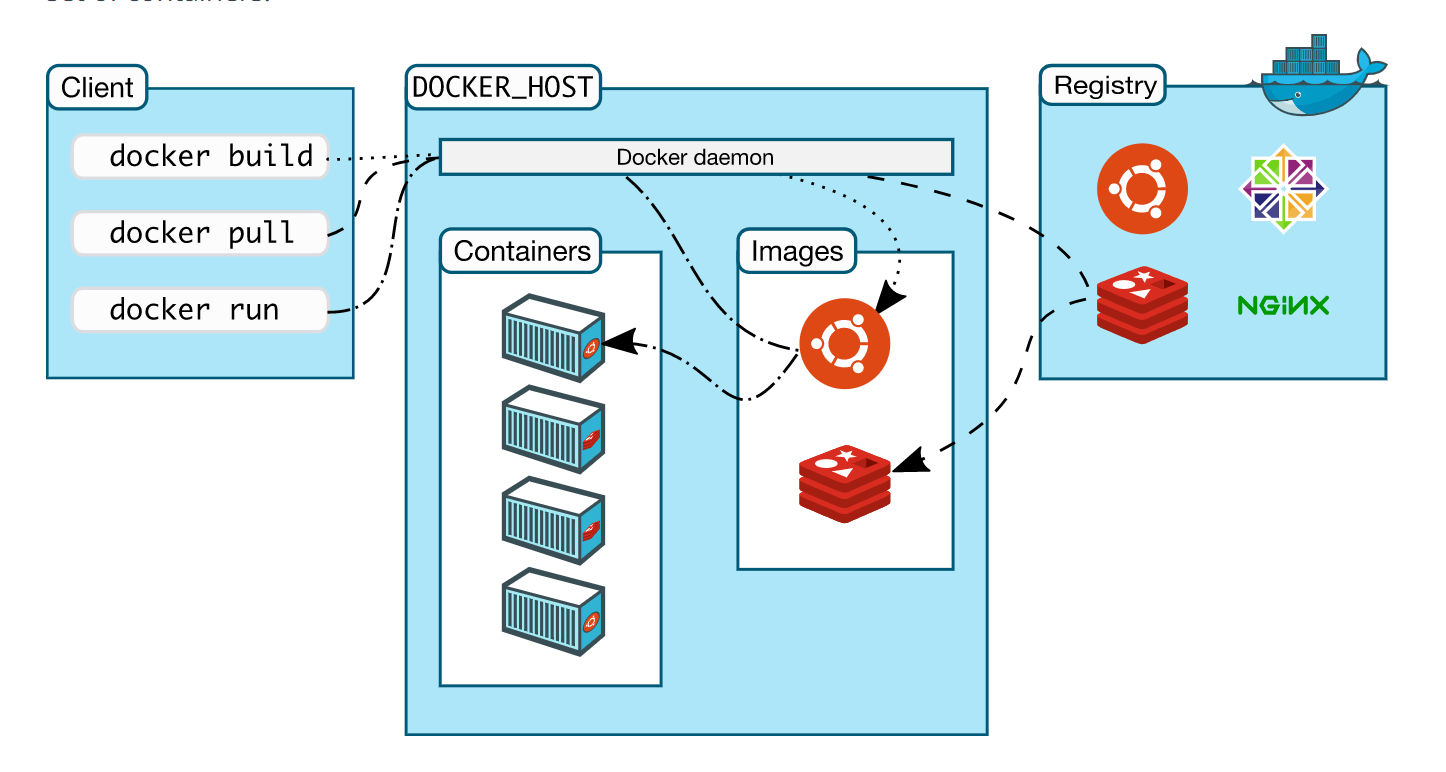 Set up Docker and docker-compose

To set up this single Hadoop cluster using Docker, ensure that Docker is installed on your computer. Run the following commands to make sure Docker is already set up to run docker-compose.

If Docker is well set, the output should be similar to;

If Docker has docker-compose well set, the output should be similar to;

Note: the version number may differ depending on the Docker version you have installed on your computer.

Check whether Docker is working correctly on your system by checking on present running containers if you have any. Run the following command to do so:

If you have a running container, it will be logged and listed in the command output. Since I don’t have any Docker containers currently on my system, the output will be as follows;

Additionally, ensure that you have git installed on your computer.

How to set up a single Hadoop cluster using docker-compose

Start by cloning this docker-Hadoop repository from Github as follows;

The sample repository above has a Hadoop docker-compose.yml set and ready to be deployed to Docker containers. Navigate to the cloned folder, and then run the following command to start the container using docker-compose:

The -d flag will set the container to run in a detachable model, i.e., in the background. After everything is done, you can check the running Hadoop containers using the following command;

To get a visual of a running Hadoop application, you need to get the container IP address. Then test the Hadoop on the browser using the mapped container port. Run this command to get your IP address:

In the response, your IP is the inet in the second line as follows;

From the list of the running containers, get a port for the container you want to check. These port numbers are already set in the repository you earlier cloned inside the docker-compose.yml file. For example;

In your browser tab, type in <your_ip_address>:<container_port>.

The aim of containerizing Hadoop using Docker is to be able to run and test your jobs using Hadoop distributed file system (HDFS). We will use a small sample of data to demonstrate how you can achieve this. To test the MapReduce Job, follow the following steps;

This will make the file accessible by the container to use and upload it to HDFS and run a Hadoop MapReduce Job.

The /bin/bash will raise an interactive bash terminal.

We added -p because we are creating a parent folder with its subsequent children.

It will take time to run the process, and then it will be done.

Your command response should be similar to;

At this time, you have successfully set up and tested a Hadoop cluster. Since your containers are still running, you can stop them by running;

From the above example, we have executed the Hadoop cluster using the docker-compose. Alternatively, you can use Docker, run the Hadoop images directly on your Docker engine, and set up a Hadoop cluster.

To begin, run the following command to get a Hadoop Docker image from the Docker hub libraries;

This will download the Hadoop image with its YARN properties such as the node manager, resource manager, and history server and install it in your computer’s Docker engine. Run the below command to see if the Hadoop Docker image was successfully downloaded.

If the image was installed successfully, it should be listed in the output as follows;

Let’s now build a Hadoop-running Docker container. You can use the following command to create a Hadoop container inside your Docker engine. This creates and runs a single cluster’s containers.

If the command is executed without any error (probably due to poor network connections), go ahead and check if Hadoop services are up and running. You can do this by running the jps command.

You can see that containers are set for NodeManager, DataNode, Resource manager and NameNode.

You can now verify if everything is up and running. On your command terminal, check the currently running containers by the following command;

If your setup is well and running, you will obtain a response similar to;

Your IP address will be the inet addr value in the third line in the above figure.

From your browser, go to: your_ip_address:50070. Make sure you replace your IP address appropriately.

If everything worked correctly, you should receive a Hadoop UI on your browser. 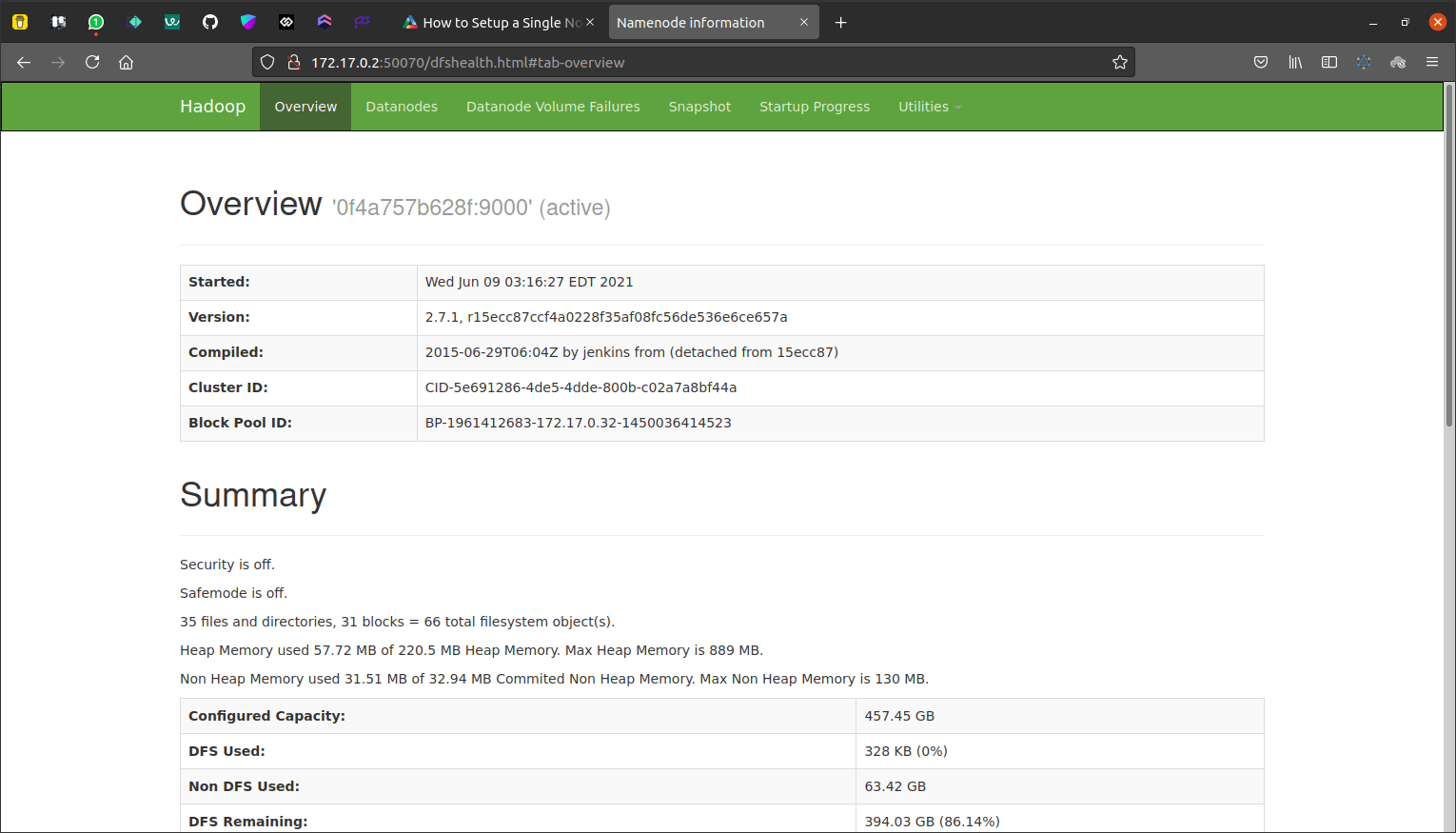 You will get this page where you can see all the DataNode and NameNode information.

At this point, we have managed to run a Hadoop cluster using Docker by just following some simple steps. Since your containers are currently running now, you can either stop or pause it if you are done with interacting with it.

To exit from the current bash environment, you just have to type in exit and press enter.

To stop or pause a running container, we have the following commands;

The container ID is accessed by running;