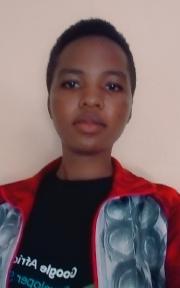 Valentine Gatwiri is an undergraduate majoring in Computer Science. An innovative software developer building applications that run on the internet. She writes React, JavaScript, Node.js, and Kotlin.

A React Component is a small, reusable code responsible for rendering HTML. In React, we can define a component as a class or a function.

Throughout this tutorial, we will be mostly talking about JSX. The JSX element can be written in HTML format or written as a component instance. In JSX, you use capitalization to differentiate between HTML-like and component instances.

To effectively understand the tutorial, the reader will need the following:

We are importing React because JSX will be converted to regular JavaScript, using React’s React.createElement method. Therefore, we need to import React when using JSX.

After importing the React library, we will import ReactDOM. If you are not using ES6, install react-dom in your IDE using:

But since we will be using ES6, we will import ReactDOM using the code below:

ReactDOM is important for rendering JSX elements and react components to the DOM. The DOM represents the whole user interface of your application.

We will now add the render() function to our code:

The difference between HTML like and component instances in JSX elements is that to make a React component, instead of naming your JSX element using tags like <P> </p>, <h1> </h1> or <div> </div> as shown below, you give it the same name as the component class.

For example, we create a component instance by adding which will be our component’s class below our code, as shown below:

When you create an object, a class instance is created. The class name to be instantiated is provided by the constructor name.

The constructor initializes the new object. A reference is returned to the object created by the new operator.

The new keyword executes the constructor function, using the object that has been newly created. Hence, the newly created object is returned.

Function components are simple JavaScript components. They don’t use a render() method. Instead, they are responsible for rendering the user interface.

They also accept and use props. A function component is considered a “dump” because it simply accepts data.

The code above outputs the student’s marks. This is because the JS engine will see the new keyword, create a new object and set the prototype to Student.prototype.

If a property is undefined in the new object that is requested, the script will check the [Prototype] object for the property. Object’s prototype property is invisible,hence we will add Object.getPrototypeOf(obj) method to access prototype object.

Let’s add console.log(Object.getPrototypeOf(study) === Student.prototype) to see if prototype of study is Student which will output true.

If we add Student instead of study as shown console.log(Object.getPrototypeOf(Student) === Student.prototype) it will output false because Student is not a prototype of Student.

What happens in the code above?

A class is a blueprint that helps you define the shared structure and behavior between similar objects.

Class components implement logic and state hence they are considered “smart”. Props are passed down to class components and accessed with this.props.

The new keyword generates a new object. Hence, dev1 is returned as the new object, and hence it outputs Tom as our new developer.

A Student class extend the Human class in our code. Both classes define a constructor() function. Every student is a Human too. The Human class expects the name argument, and that value is stored on the instance using the this keyword.

The Student class expects the name and the level argument, and then the level value is stored on its instance.

The arguments we pass when we instantiate these objects are accessible in the class’s constructor function.

The constructor function will get called whenever an object is instantiated outside of the class, which we do by using the new keyword as shown below.

We instantiate one object from the human class and two others from the student class.

In the third object, which we instantiated from the student class, we define a greet() function directly on the object.

What happens when we test the script?

The JSX syntax is transpiled by Babel and used by React to create instances of your objects. Therefore, when using JSX with Babel, we need to import react. This is like telling Babel you are providing a JSX file.

A React component instance uses classes to instantiate a react component. You can either use multiple instances or just a single instance in your React application. Each instance can perform individually, making them a requirement when creating an application. Instances are duplicates of the original class.