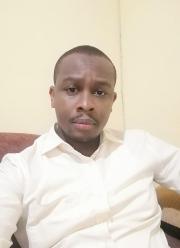 Amos is a Computer Science undergraduate student. He is interested in Artificial Intelligence and Machine Learning.

Now, more than ever, businesses need to optimize the use of digital systems to store and manage their data. The move is an integral part of ensuring risks stemming from poor data management are minimized or eradicated. Such risks may include access to inaccurate data, data loss, unauthorized access, and revenue loss.

An entity can get into trouble with the law over how it handles its data in rare scenarios. Some laws govern the use of personal data that organizations must comply with, such as the General Data Protection Regulation (GDPR) that will become the most influential data protection legislation worldwide.

Therefore, it is crucial to employ efficient and more reliable data management systems to facilitate smooth business operations within an organization. Such systems include PostgreSQL and MySQL.

Both PostgreSQL and MySQL are free and open-source data management systems. Therefore, they allow modification of source codes to accommodate the specifications and preferences of the user.

These systems make it possible for companies to develop unique digital ways of recording, accessing, transferring, and modifying data. As a result, businesses can build safe information storage systems that conform to their set standards.

PostgreSQL, just like MySQL, is a relational data management system (RDMS). The two RDBMS store logical data separate from physical data. These are stored in tables, which are also called relations.

The arrangement makes it possible for the user to manage physical data without causing any access trouble to data stored in the logical structures. A user, for example, can change the name of a stored file without altering its contents. In addition, relational data management systems make it easier to handle multitudes of ‘related’ data.

PostgreSQL was first released in 1996, while MySQL made its release a year earlier. The existence of the databases for two decades and a half has garnered impressive popularity for them.

Leading tech giants and business conglomerates employ the systems in their data management. In addition, some organizations use the two systems within their entities and subsidiaries. However, most entities prefer one of the data management systems over the other for their reasons.

A good number of operating systems are compatible with PostgreSQL. These include Windows OS, Solaris, FreeBSD, Linux, UNIX, Android, and OS X.

Managing data for operations with heavy analysis is more accessible with PostgreSQL. It is an object-relational database, hence includes features like function overloading where one feature can do multiple tasks and inherit tables where properties of one table can be ‘inherited’ in another table.

It also supports materialized views so that users can save a Structured Query Language (SQL) query on analysis on a disc as a physical table. This increases the order of magnitude speeds of complex SQL queries. As a result, the queries can interact more effectively with other SQL queries.

The performance of PostgreSQL was also improved by its index design. An index is a structure or object that helps speed up the retrieval of specific data. It facilitates a comparatively quicker execution of CRUD (Create Read Update Delete) activities.

Under expression, indexes are not built on a functional index on a table field but an arbitrary expression. Here, if the expression’s computation is costly, then more resources will be required to operate.

Heavy analysis with PostgreSQL feels even lighter with the wide range of triggers the system offers. These are events that set a course of action in motion. For example, if you would like to take action on a specific database event, such as inserting or updating a record, then trigger functionality can be helpful as it will invoke the required function on defined events.

It also brings to the table the SCRAM-SHA-256, a framework for authentication in connection-oriented protocols and the Security Support Provider Interface which provides a mechanism by which a distributed application can call one of several security providers to obtain an authenticated connection.

MySQL is a fast database for read-heavy data writes. It is an incredible choice for managing simple but bulk data projects. It is written in C and C++, and supports the languages C, C++, Perl, Java, PHP, Python, and Tcl.

The database is also equipped with JSON data validation, which rejects invalid JSON data from being entered into your projects.

MySQL facilitates an easier transition to a new password in codes by supporting dual passwords for the entered data. As a result, a user does not need to edit an entire application when updating the password.

Determining the better choice between the two databases depends on the user. Both PostgreSQL and MySQL get the job done with a clean finish on a primary data management level.

They are both competitive data management systems with outstanding features. However, developers conversant with the two find the more popular MySQL faster and more efficient than PostgreSQL.

On the other hand, it scores under on complex analytics and concurrence than PostgreSQL. While MySQL is faster, PostgreSQL is more powerful. A Google trend analysis indicates a drop in interest in MySQL over time. This is an indication that more developers are looking for alternative database management solutions.