This article goes through common tips for optimizing MySQL queries. As data volume in your database grows, retrieving data from the database and other database operations become complex. This also requires more computing resources.

Most applications are database driven. Poorly designed SQL queries can significantly downgrade the performance of database-driven applications. According to this MySQL developers guide, you can be proactive and plan for optimizations or troubleshoot queries and configurations after experiencing problems. This article will focus on the optimization of individual SQL statements and database structure.

To fully understand this article, prior knowledge of the MySQL database is essential. An understanding of different SQL queries and how they work is critical. Free MySQL tutorials for beginners are available on MySQL tutorial and tutorials point.

We optimize for speed and resources. Optimized queries can run faster and require less computing power.

Fast queries are about response time. The goal is to have queries return the required result in the shortest time possible. How much time does a query take to execute? Most of the tools used to query a MySQL database give details on time taken to run a query.

The EXPLAIN statement provides information about how MySQL executes a statement. According to the MySQL documentation, EXPLAIN works alongside SELECT, DELETE, INSERT, REPLACE, and UPDATE statements. It displays information from a built-in MySQL optimizer regarding the statement execution plan and the number of rows scanned in each table. Thus we can determine the cost of the query. The query below shows how EXPLAIN works with the SELECT statement.

Think of records as content in a book. If you want to learn on a particular subtopic, you would go to the index pages, look for the subtopic you want, then get the page where the subtopic is. Indexes work the same way. They are used to find rows with specific column values much faster. Without using an index, MySQL must begin searching in the first row and go through the whole table to find the required records. Tables with a huge amount of data are more costly to query.

With the use of an index, MySQL can faster determine the position to seek in the middle of the data file. This is done without going through all the rows and is much faster than reading every row sequentially. Refer to the MySQL developer guide for more information on indexes.

You can create a single-column or multiple column indexes, as shown below, respectively.

Use Wildcards at the End of a Phrase

In MySQL, wildcards are used in conjunction with the LIKE operator and NOT LIKE operator. They are used to search for data matching some search criteria. You can learn more about wildcards here.

SELECT * (select all) is used as a shortcut to query all columns available in a table. This requires more resources than using a SELECT statement with only the columns you need for that specific query. For example, a customer table with 20 different columns and a hundred thousand entries. If you want to select a city with ID and Name only; try to use

The second example will take more time to run to completion.

DISTINCT is used to remove duplicate rows with SELECT statements. The DISTINCT command requires more sorting and reading of the database, which requires more processing power. DISTINCT can be replaced with GROUP BY to get the same results. See the two queries below.

This works best with a database where more select queries are made. Once the table is updated, the cached query and result become invalid. Thus, caching may not work with an application that updates the table frequently.

The command below is used to check if query cache is enabled in MySQL.

Use INNER JOIN whenever possible. It would be a waste of performance to use OUTER JOIN when you don’t need the data outside specified columns. We have a sample database with two tables as follows:

An INNER JOIN query to the table would be as it is shown below.

An OUTER JOIN query to the table would be as it is shown below. NOTE: MySQL does not support FULL OUTER JOIN, but other SQL dialects such as PostgreSQL do.

The OR operator is used to combine two Boolean expressions and return true when either of the conditions is met. When using comparison operator ‘or’ in a query, MySQL optimizer may incorrectly choose a full table scan to retrieve the result set. This makes the query run slower. A UNION clause runs faster and gives the same result.

Consider the query below:

Below are the optimized versions of the query above using the UNION ALL and UNION operators, respectively.

In the first query above, we used UNION ALL, while the second one, we have used UNION. By default, UNION returns distinct rows while UNION ALL allows duplicate rows. UNION generally runs faster than UNION ALL.

MySQL development is ongoing. More tips to optimize queries are developed every day. This article is a guide on how to make better queries and make more stable database applications. Query with no doubt. 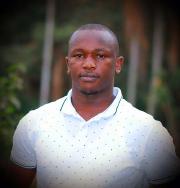 Benson Kariuki is a graduate computer science student. He is a passionate and solution-oriented computer scientist. His interests are Web Development with WordPress, Big Data, and Machine Learning.