Simon is an undergraduate student pursuing a degree in Information Technology. He takes keen interest in full-stack web development and machine learning. He is passionate about startups, innovation, and developing new products.

Machine learning engineers build models but hide the implementation from the end-users. The end-users apply the model without knowing how the model works behind the scenes. They do not know the functions, methods, and algorithms that train the model.

End-users need an open and transparent model to understand how the model works in terms of the functions, the algorithms and how it makes the predictions. Together, these parameters help users understand the facts contributing to the model’s decision.

Dalex is an open-source library that explains and analyzes machine learning models. It makes the model transparent and open to the end-users.

Using Dalex, the end-users can gain insightful information from the model. This tutorial will build a bank marketing model and then use Dalex to explain it.

To follow along with this tutorial, the reader will need to have:

Google Colab is a platform we can use to quickly build and run machine learning models with a fast CPU and GPU.

This section will guide the reader in preparing the bank marketing dataset that will train the model. The model will predict whether a customer will subscribe to a monthly saving plan or not. You can get the dataset from here.

We need to explore the dataset to know its variables. So let us first import Pandas to load the dataset.

Use this code to load the dataset:

To see the Data Frame, run the code snippet below:

From the output above, the dataset has 21 columns. First, Dalex will show us how each column contributed to the model’s final results. Then, we will select the input variables and the target variable from the dataset.

Selecting the input and target variables

The input variables are all the columns that train the model from which it learns to solve the classification problem. The target variable is the model’s output.

It is what the model wants to predict. For example, our model will determine if a customer will join a monthly saving plan or not, so this is our target output.

The first 20 columns are the input variables/features, and the last column is the target variable.

We have prepared and split the dataset. We will start now building the model.

We have various libraries that support the implementation of a machine learning pipeline, but in this article, we will use Scikit-learn Pipeline class.

To import the Pipeline class, use this code:

The pipeline stages are as follows:

This stage involves the data transformation methods. First, these methods transform the input data into the format the model requires. Then, the algorithm uses the transformed data for model training.

Let us import the transformer methods.

We use the StandardScaler to initialize the data-to-data stage. This method will convert the dataset to a specified range and ensure consistency.

This stage uses the data estimator algorithm to train the model using the transformed data. In this stage, we use the Scikit-learn algorithms for classification.

Let us import the Scikit-learn algorithm.

We will use the LogisticRegression to train the bank marketing model. Let us combine the two stages to create the pipeline.

Combining the stages allows the Pipeline class to initialize and run all the pipeline stages simultaneously.

We added the StandardScaler and LogisticRegression to the Pipeline class. We will use the fit function to train the initialized pipeline stages.

The fit function fits the Pipeline to the training set. The pipeline will then learn from the dataset. The output of this process is the final trained bank marketing model.

The output of the final model:

The output shows all the initialized steps and the algorithm that trains the model. Let us get the accuracy score of this model:

Use this code below to get the accuracy score of the model:

This accuracy might seem like a high accuracy score (91.057%). However, we need to know all the variables contributing to this accuracy score. We will use Dalex to explain the model and gain an insightful understanding.

Getting started with Dalex

To install Dalex, execute this command in a terminal:

Import the dalex library to your python code.

This method explains the whole structure of the trained model. In addition, it will show the functions and algorithms that build the model. The user will know the dataset that trained the model and how each variable in the dataset contributed to the general model performance.

This method focuses on the single prediction of the model. It shows the variables that have contributed to that specific prediction. The user will know if a prediction is correct or not.

Let us start with the overall model explanation.

We implement the overall model explanation as follows:

We use the Explainer function to display the structure of the model.

From the output, the dataset has 28831 rows 20 cols. We also know the target and input variables used. The output also shows the algorithms that trained the model and model information. Using this output, the user will have a better understanding of the model.

Next, we can also display the performance scores using this code:

This code will display all the performance scores:

Variable contribution to the model performance

Let us see how each variable in the dataset contributed to the model performance. 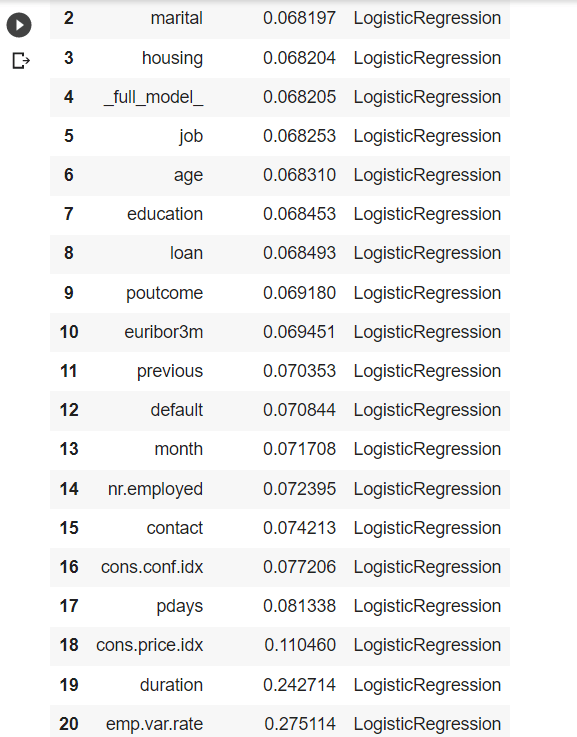 We also show the variable contribution using a plot diagram.

We will use plotly to plot the variable contribution diagram.

To plot, use this code:

Using the model to make a single prediction

Select the data sample that the model will predict.

To see the selected data sample, use this code snippet: 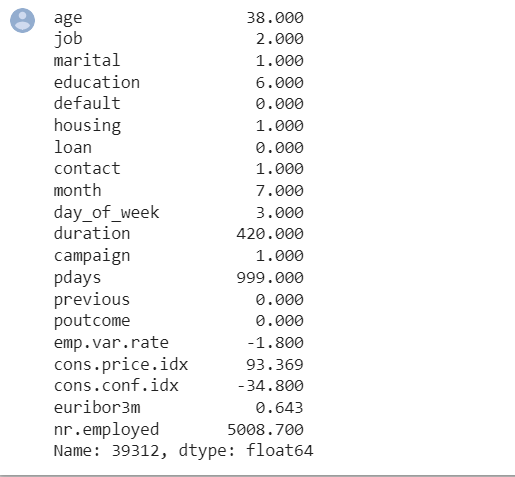 Let us check the expected prediction.

The expected prediction is the actual classification of the data samples.

The expected prediction is 1. Let us now use the model to classify this data sample.

We use the predict function and pass in the data sample:

It is an accurate prediction, but still, we need to know how each variable in the dataset contributed to this prediction.

Variable contribution to the single prediction

We first need to convert the data sample to a DataFrame that Dalex can understand.

To see the Data Frame, use this code:

Let us now see the variable contribution to the single prediction: 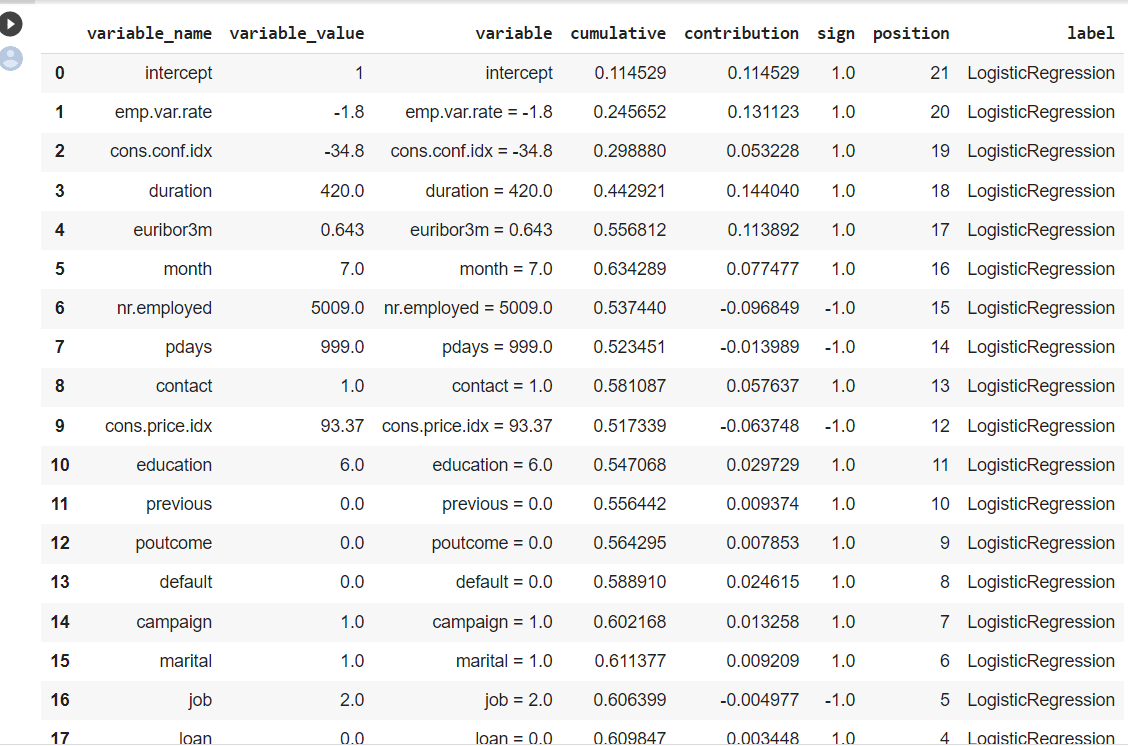 We can also show the same using a plot diagram.

To plot, use this code:

Using this plot, we can see how each variable contributed to the prediction - both positively and negatively. We have finished building a machine learning model and explained its results to make it transparent.

To get the Google Colab notebook for this tutorial, click here.