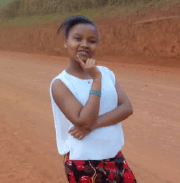 Ruth Ngonyo is a Computer Science undergraduate with a passion for the magical field of Computer Science. She holds interest in exploring various fields of CS ranging from web and app development to Artificial intelligence and Cyber-Security. She loves getting lost in the world of books and in the beauty of nature. In her free time she engages in community works.

In this article we will discuss some of the most effective techniques to manage Docker Containers directly from the command line interface. We will look at some real-world examples of the most often used but very effective and efficient Docker commands. These docker commands make your Docker system organized and save up disk space by deleting unneeded Docker containers, images, volumes, and networks.

With Docker, you can build, test, and deploy applications in the form of portable containers that can be used nearly anywhere. When using Docker, you might quickly get a huge number of useless items, which take up a lot of disk space and clog up the Docker command output. Unless you specifically instruct Docker to delete, it will not delete these unneeded items like containers, images, volumes, and networks.

In most circumstances, an interactive shell reads and writes to the user’s terminal. Interactive behavior is enabled when the bash command is used without any non-option arguments, unless the option is a text to read from or the shell is started to read from standard input. In this case, positional parameters can be provided.

Assume you have used the following command to get an Ubuntu image from Docker Hub:

To do this, use the following command:

Remove all the dangling volumes

With the following command, you can get a list of all dangling docker volumes:

To avoid leaving dangling volumes while deleting Docker volumes, use the -v flag.

To list the Docker containers that are currently executing, use the following sequence of instructions. Stop the specific container and remove it with the -v flag to prevent it from leaving dangling volumes behind.

One by one, run the commands below:

The first command shows a list of all Docker containers that are currently running. After viewing the names of all the Docker containers, you can stop a specific container using the second command sudo docker stop my-container-01. The name of the container is written after the word stop.

Docker containers are not automatically deleted when they are stopped. They only get deleted using the —rm parameter. But, before deleting a Docker container, you must first ensure that it is not operating.

Containers can be stopped and deleted with the following instructions:

The first command lists all your system’s containers. The container’s state may be found in the status column. Stopping the container before removing it is required if it has not been exited. You must know the container ID of the container you want to delete before you delete them. The abbreviation rm represents remove.

Remove all the containers linked with a Docker image before removing it using the command below:

From the command above, sudo permits users to run programs with another user’s security rights. The docker command shows that we are executing the command to a docker. The rmi command removes the docker objects specified by the name given.

There are times when we must repeat the same command-line instruction, which is made more difficult if the command in question contains parameters. More so if we must change the output to make it legible. Most of us end up making some sort of cheat sheet to keep track of all those complicated commands in case we need to execute them again.

We may save time and effort by utilizing an alias command to avoid typing or duplicating the same command over and over again. Aliases allow us to execute a command or a group of instructions using a pre-defined ‘string’ that we can tailor to our liking.

To handle aliases, create and use aliases in your /.bashrc file and mention them.

I would urge a reader to use the knowledge gained from this article to keep their Docker system organized and save up disk space by deleting unneeded docker containers, images, and volumes.