In this tutorial, we will look into the algorithm Linear Discriminant Analysis, also known as LDA. One should be careful while searching for LDA on the net. We also abbreviate another algorithm called Latent Dirichlet Allocation as LDA.

Linear Discriminant Analysis(LDA) is a supervised learning algorithm used as a classifier and a dimensionality reduction algorithm. We will look at LDA’s theoretical concepts and look at its implementation from scratch using NumPy.

Create a new virtual environment by typing the command in the terminal. Perform this after installing anaconda package manager using the instructions mentioned on Anaconda’s website.

This will create a virtual environment with Python 3.6.

We’ll be installing the following packages:

To install the packages, we will use the following commands:

Once installed, the following code can be executed seamlessly.

In some cases, the dataset’s non-linearity forbids a linear classifier from coming up with an accurate decision boundary. Therefore, one of the approaches taken is to project the lower-dimensional data into a higher-dimension to find a linear decision boundary. Consider the following example taken from Christopher Olah’s blog.

The other approach is to consider features that add maximum value to the process of modeling and prediction. If any feature is redundant, then it is dropped, and hence the dimensionality reduces. LDA is one such example.

It’s a supervised learning algorithm that finds a new feature space that maximizes the class’s distance. The higher the distance between the classes, the higher the confidence of the algorithm’s prediction.

The purpose for dimensionality reduction is to:

The aim of LDA is:

Below is a picture to help explain: 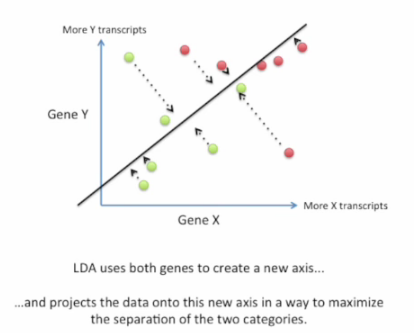 The data-points are projected onto a lower-dimensional hyper-plane, where the above two objectives are met. In the example given above, the number of features required is 2. The scoring metric used to satisfy the goal is called Fischer’s discriminant.

The Fischer score is given as:

Let’s consider the code needed to implement LDA from scratch.

We’ll begin by defining a class LDA with two methods:

Using the scatter matrices computed above, we can efficiently compute the eigenvectors. The eigenvectors obtained are then sorted in descending order. The first n_components are selected using the slicing operation. If n_components is equal to 2, we plot the two components, considering each vector as one axis.

Finally, we load the iris dataset and perform dimensionality reduction on the input data. Then, we use the plot method to visualize the results.

The output of the code should look like the image given below. The iris dataset has 3 classes. Observe the 3 classes and their relative positioning in a lower dimension. 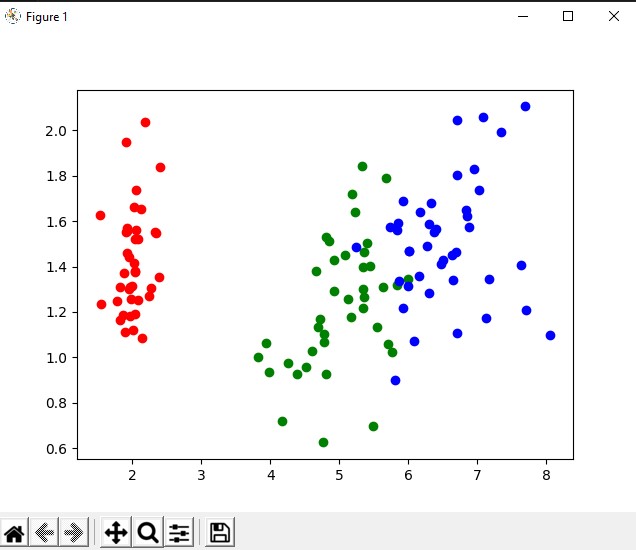 In this article, we have looked at implementing the Linear Discriminant Analysis (LDA) from scratch. I suggest you implement the same on your own and check if you get the same output. Another fun exercise would be to implement the same algorithm on a different dataset. I hope you enjoyed reading this tutorial as much as I enjoyed writing it. Happy learning.