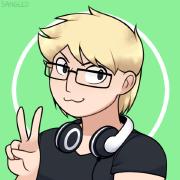 Nicholas Kross is a third-year Computer Science student at the Rochester Institute of Technology. He’s mainly focused on A.I., data science, effective altruism, and video production. He coauthors a blog about philosophy and programming.

Most professional programming languages are object-oriented, including Java and the C languages. Their key features (such as encapsulation and inheritance) have come under attack many times in recent memory. Object-oriented detractors claim these features are overcomplicated. They say those features make code writing and maintenance more difficult. We will explore these arguments, and their counters, to understand how useful OOP is in general.

While some critical object-oriented programming concepts are explained, this will make more sense if you read A Simple Explanation of OOP and What is Object-Oriented Programming?.

Encapsulation is the defining feature of OOP. Data values become attributes, functions for that data become methods, and both are held together (“encapsulated”) in objects.

The internal data of an object is generally hidden from the outside, except through methods. If you need a reusable way to print the words in a text file, you make a TextFile class. That becomes the template for TextFile objects, which are “instances” of the class.

This makes programming easier since most IDEs can autocomplete an object with its methods and attributes. Grouping functions and data makes it easy to see all the options available. Plus, the whole system is more modular. All the text-file-related functionality is kept in one part of the code, so conflicts and repetition are less likely.

Inheritance lets a class reuse and build on the existing functionality of a “parent class”. When there are many types of objects, each type needs some unique functionality. By making a parent of these objects, each only needs it’s unique features implemented to work. The shared functionality is only written once.

Polymorphism means we can do something with an object, even if we don’t yet know the object’s exact type. This builds off the inheritance idea above. A child class can behave differently from the parent class by defining its own version of a parent method. We can then call that method on an object, whether it’s the parent or the child.

If these features are so convenient, how could they be bad?

One of the key criticisms of OOP targets encapsulation itself. If you have lots of objects, each one has internal data (or “state”). In that case, programming is about keeping track of and changing all that data. But instead of passing data to a function (input to output), we change an object’s internal state. In most large programs, there are lots of objects, and they can all do their jobs! As long as they’re allowed to make a tiny change to another object’s state.

Of course, if many objects can change each other’s states, there’s a problem. Doing anything results in lots of side-effects. Nobody can keep track of all those at once, for more than a few objects. So the program gets less predictable and buggier.

“What exactly is mutable state? Any state that can change. Think variables or fields in OOP…. Our brains are really bad at working with state since we can only hold about 5 items at a time in our working memory. It is much easier to reason about a piece of code if you only think about what the code does, not what variables it changes around the codebase.”

The object-oriented paradigm models problems as hierarchies of objects, like our “parent”-“child” example. However, most real-world inheritance does not work like our example.

For instance, you could have a “vehicle” template to build a “car” and a “truck”. Yet a car can be gas-powered or electric, and a “truck” can mean a small pickup or an 18-wheeler. So the vehicle template needs to be very general. Now a truck must specify an engine type (even though few are electric), and a car must specify a wheel count (even though most have 4).

If you want to add more vehicles, like “tank” or “submarine”, things get trickier. You could start over for new vehicle types yet lose reusable code. You could put more things in the “vehicle” class, which spreads out functionality and ruins the encapsulation point—the key ideas of OOP conflict with each other.

Polymorphism is done better (outside OOP)

When something needs to happen, data is passed to a function with a set output and (optimally) no side-effects. Nothing about functional programming prevents polymorphism. Let’s say you want the print_file() function to work differently for different data. You can define different functions with the same name.

or pass in the data type

Or any number of other solutions. Polymorphism is not unique to OOP, and it can be easier when subclass weirdness is kept out of it.

For arguments against OOP, there exist counterarguments defending it.

For one thing, the problems with the OO paradigm may be the mistakes of poor coding practice. Good object-oriented programmers, in theory, should use design patterns to solve problems.

Instead of weaving tangled webs of states, build classes with the “open-closed principle”. Instead of putting all shared functionality in the parent, build a prototype template for other classes.

Another key argument for OO concerns situational use. When a real-life problem is complex, it may need the complexity of an object-based system. Real problem domains tend to have lots of edge cases.

“How do we send this email but not that one to these customers but not those ones?” OO is built around sharing information between objects. That paradigm can handle unique objects much better.

The functional paradigm, by contrast, is built on functions that handle all data in specific ways. That system has a harder time with edge cases.

The object-oriented paradigm has been the subject of long and in-depth debate. After all, the programs of massive companies (and their developers’ careers) are at stake. If OOP is harmful, most codebases may need fundamental changes to stay maintainable. If OOP’s concerns are overblown, the critics can lure developers to worse paradigms.

Object-oriented, functional, and other languages are competing for developers’ eyes and companies’ wallets. Hopefully, this article helped you find where you stand.