Grace is an undergraduate student at Maseno University. Her interests are data science, emerging technologies, and mobile development. During her free time, she prefers dancing or swimming.

YOLO is an algorithm that uses neural networks to provide real-time object detection. This algorithm is popular because of its speed and accuracy. It has been used in various applications to detect traffic signals, people, parking meters, and animals.

This article introduces readers to the YOLO algorithm for object detection and explains how it works. It also highlights some of its real-life applications.

Object detection is a phenomenon in computer vision that involves the detection of various objects in digital images or videos. Some of the objects detected include people, cars, chairs, stones, buildings, and animals.

Object detection consists of various approaches such as fast R-CNN, Retina-Net, and Single-Shot MultiBox Detector (SSD). Although these approaches have solved the challenges of data limitation and modeling in object detection, they are not able to detect objects in a single algorithm run. YOLO algorithm has gained popularity because of its superior performance over the aforementioned object detection techniques.

YOLO is an abbreviation for the term ‘You Only Look Once’. This is an algorithm that detects and recognizes various objects in a picture (in real-time). Object detection in YOLO is done as a regression problem and provides the class probabilities of the detected images.

This means that prediction in the entire image is done in a single algorithm run. The CNN is used to predict various class probabilities and bounding boxes simultaneously.

The YOLO algorithm consists of various variants. Some of the common ones include tiny YOLO and YOLOv3.

Why the YOLO algorithm is important

YOLO algorithm is important because of the following reasons:

How the YOLO algorithm works 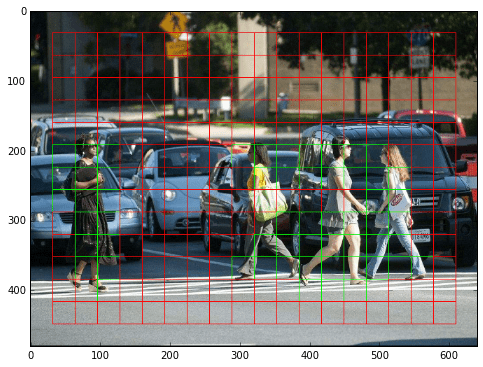 In the image above, there are many grid cells of equal dimension. Every grid cell will detect objects that appear within them. For example, if an object center appears within a certain grid cell, then this cell will be responsible for detecting it.

A bounding box is an outline that highlights an object in an image.

Every bounding box in the image consists of the following attributes:

The following image shows an example of a bounding box. The bounding box has been represented by a yellow outline.

YOLO uses a single bounding box regression to predict the height, width, center, and class of objects. In the image above, represents the probability of an object appearing in the bounding box.

Intersection over union (IOU) is a phenomenon in object detection that describes how boxes overlap. YOLO uses IOU to provide an output box that surrounds the objects perfectly.

The following image provides a simple example of how IOU works. 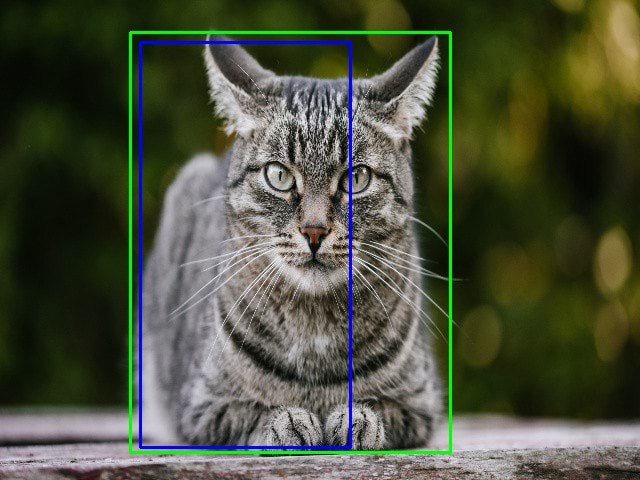 Combination of the three techniques

The following image shows how the three techniques are applied to produce the final detection results. 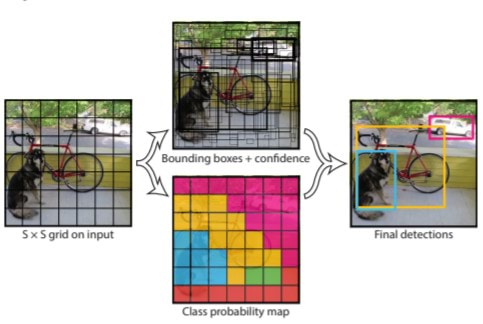 First, the image is divided into grid cells. Each grid cell forecasts B bounding boxes and provides their confidence scores. The cells predict the class probabilities to establish the class of each object.

For example, we can notice at least three classes of objects: a car, a dog, and a bicycle. All the predictions are made simultaneously using a single convolutional neural network.

YOLO algorithm can be applied in the following fields:

This article has provided an overview of the YOLO algorithm and how it is used in object detection. This technique provides improved detection results compared to other object detection techniques such as Fast R-CNN and Retina-Net.