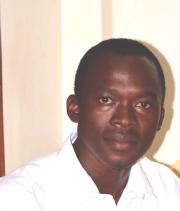 Elly is an Undergraduate Computer Science student at Kenyatta University. He is passionate about Cloud technologies and developing cloud solutions, Machine Learning and Artificial Intelligence. He is open to research and collaborations.

Introduction to the Theory of Computation

Theory of computation (TOC) is a branch of Computer Science that is concerned with how problems can be solved using algorithms and how efficiently they can be solved.

Real-world computers perform computations that by nature run like mathematical models to solve problems in systematic ways. The essence of the theory of computation is to help develop mathematical and logical models that run efficiently and to the point of halting. Since all machines that implement logic apply TOC, studying TOC gives learners an insight into computer hardware and software limitations.

Importance of Theory of computation

The theory of computation forms the basis for:

The Theory of Computation is made up of 3 branches.

Automata Theory is the study of abstract computational devices. It forms a formal framework for designing and analyzing computing devices such as biocomputers and quantum computers. These models are essential in several areas of computation (applied and theoretical fields).

An Automaton is a machine that operates singularly on input and follows a defined pattern or configuration to produce the desired output. Through automata, we learn how problems and compute functions are solved by the use of automatons.

A basic computation performed on/by an automaton is defined by the following features:

A Finite Automaton (FA) is a finite collection of states with rules (transition functions) for traversing through the states depending on the input symbol. FA accepts or rejects input strings while reading the strings from left to right.

Finite Automata is useful in building text editors/text preprocessors. FA are poor models of computers. They can only perform simple computational tasks.

The Computability theory defines whether a problem is “solvable” by any abstract machine. Some problems are computable while others are not.

Computation is done by various computation models depending on the nature of the problem at hand, examples of these machines are: the Turing machine, Finite state machines, and many others.

This theoretical computer science branch is all about studying the cost of solving problems while focusing on resources (time & space) needed as the metric. The running time of an algorithm varies with the inputs and usually grows with the size of the inputs.

Measuring complexity involves an algorithm analysis to determine how much time it takes while solving a problem (time complexity). To evaluate an algorithm, a focus is made on relative rates of growth as the size of the input grows.

Since the exact running time of an algorithm often is a complex expression, we usually just estimate it. We measure an algorithm’s time requirement as a function of the input size (n) when determining the time complexity of an algorithm.

As T(n), the time complexity is expressed using the Big O notation where only the highest order term in the algebraic expressions are considered while ignoring constant values.

The common running times when analyzing algorithms are:

This analysis is based on 2 bounds that can be used to define the cost of each algorithm.

The major classifications of complexities include:

A major contributor to the complexity theory is the complexity of the algorithm used to solve the problem. Among several algorithms used in solving computational problems are those whose complexity can range from fairly complex to very complex.

The more complex an algorithm, the more computational complexity will be in a given problem.

Programs are formally written from descriptions of computations for execution on machines. We’ve learned that TOC is concerned with a formalism that helps build efficient programs. Efficient algorithms lead to better programs that optimally use hardware resources.

Good understanding of the Theory of Computation helps programmers and developers express themselves clearly and intuitively, thus avoiding entering into potentially uncomputable problems while working with computational models.