Introduction to Internet Protocol and Subnetting

Subnetting is the partition process of splitting a single-page network into two or more strands. This process enhances the efficiency of the computer network.

In this article will cover subnetting, internet protocol, and the terminologies behind computer networking.

The reader will simply require basic network knowledge of the internet.

Let’s dive right in by defining a couple of terms.

Subnetting is the process of partitioning a network into two or more networks based on utilization. It is a logical process of splitting a single-page network into more strands. Subnetting came into the internet in 1981.

A protocol is a set of standards and rules that define the language that devices can use to communicate. There are several existing protocols used in networking such as TCP, UDP, IP and, ICMP. In this article, we will only discuss the IP.

An IP is a distinctive identifier. It is the foundational protocol that allows the internet to work. It is situated in the internet layer of the TCP/IP model. They are 32-bit numbers. An example is Google’s IPV4 IP in the format of 216.58.216.164.

IPV4 is the first version of IP for the internet. The Defense Advanced Research Projects Agency developed IPV4 in 1981.

They deployed for use in the ARPANET in 1983. An IPV4 is a 32-bit logical number displayed in decimal notation and divided into 8 bits each (1 octet).

A particular address may consist of:

Below is a diagram of IPV4 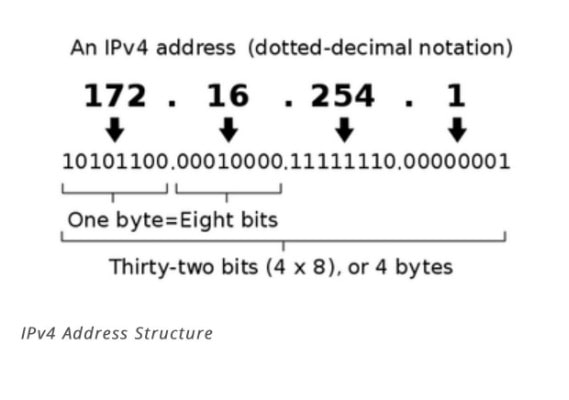 There are two versions of the internet protocol.

The second version is known as IPV6.

Below is a table comparing both versions of the internet protocol.

Classes are how you can identify network addresses on the internet. The network class an IP address fits into is ascertained by the binary numbers. IP classes are in 5 parts ranging from class A - E. Class A-C are the major used classes. 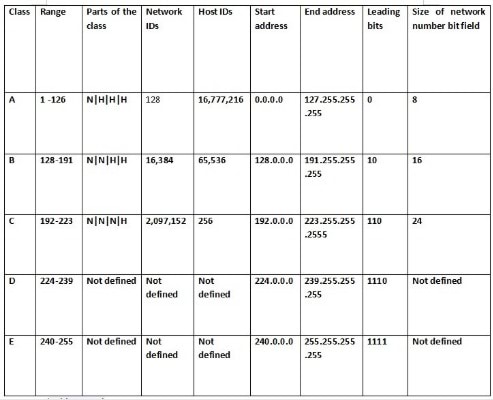 Note: 127 is not included in the range as it’s considered a loopback address. Any packet sent to this address loops back, there are over 16 million possible addresses here. Used to set up many server applications on the host, while they all listen to the same port number. Hence it being called localhost.

According to the parts of the Class

You should note that N stands for Network while H refers to the Host.

Class D networks (Multicast) are utilized in the multicasting of applications. Multicasting is the process where a single source communicates with many receivers.

Public addresses are the ones used to connect to the internet. With a public IP, you can organize your server (VPN, FTP, WEB, etc), and access any other devices from anywhere on the globe. Private IP addresses are limited. They cannot receive traffic from the internet. They work within the local network.

These private addresses are:

This is the specialized process of connecting different IP networks. Hosts of different networks cannot communicate with each other until routed.

To read more on these two protocols, follow this link.

Routing is then split into 3 categories:

Static Routing (Non-adaptive): An administrator assigns the path. It is a route configured by an admin adding to the routing table.

Default Routing: This sends packets to IP addresses that do not have exact routes. Using the hop devices, regardless of their network type.

Advantages and disadvantages of each type of routing 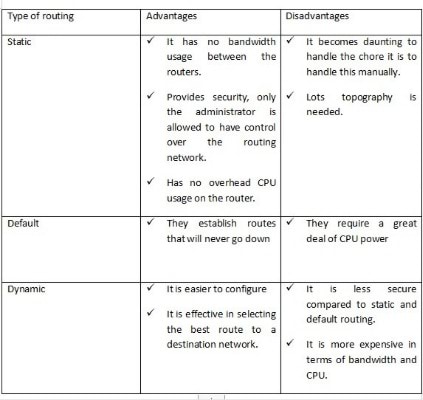 Here is the formula to calculate subnets:

The internet today is an integral part of our lives. As such it is important that we are familiar with the core aspects of the network of things. Through this article, we have covered internet protocol, routing, and introduced subnetting.

Thank you for reading! 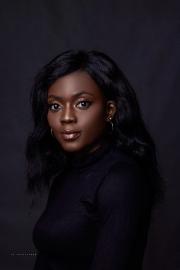 Blessing is a frontend developer, technical writer, who love anything related to design. She loves developing beautiful web solutions and interested in everything tech. Blessing enjoys reading, cooking, and traveling.