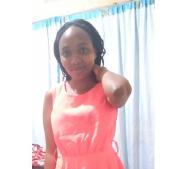 Mary Wanjiku is a computer science student at Meru University who adores Java and Python programming, and software development. She exhibits exceptional abilities and has proven her ability to increase technological knowledge. She enjoys playing field and video games, especially hockey and racing cars, when not coding.

This article is an attempt to help developers write in a new Java coding style called Pragmatic Functional Java (PFJ). PDF is clean, trustworthy, and understandable code is generated via the use of a compiler.

Even though Java 8 continues to employ this coding style, Java 11 streamlines and clarifies it significantly. With Java 17, it becomes even more descriptive, and gains from each new Java feature.

Java causes significant adjustments to the working habits and methodologies of developers. It is not a simple task to change habits, and it is much more difficult when the habits are important and have been around for a long time.

Pragmatic in the sense of serving practical purposes, there are many aspects that Java emphasizes.

PFJ has lofty objectives, however, there are just two rules to follow:

We will be going into an in-depth look at each of these rules.

Variable nullability is a Special State. The boilerplate code they use in their programs and the run-time faults they introduce are common. To get around these problems, utilize PFJ’s Option<Q> container to hold any missing values. Input data and fields are included as well as the returned results.

A class can internally utilize the value null to increase efficiency or to retain backward compatibility in specific instances. Option<Q> should always be carefully specified and not evident to class users in certain instances, so that every class API may utilize it.

There are many benefits to using this strategy:

Catastrophic (technical) defects are the exceptions in PFJ, not normal mistakes. There is no way to gracefully end the application when this exception is thrown. Exceptions and interceptions are strictly discouraged.

Special States may also include business exceptions. It utilizes the Result<Q> container to deal with enterprise-level issues. This includes returned values, input parameters, and fields. Using this container for fields is rare.

Exceptions at the corporate level are only authorized when required. Older Java libraries may be interacted with by using wrapper methods. Wrapping is supported by the Result<Q> container. This container implements them.

The following advantages come from not making any exceptions to the rule of null business exceptions:

It is fantastic to have guidelines, but how can the code be written exactly?

The example uses interfaces to provide context clarity. The most crucial aspect is the getClientWithProfile method.

The first line finds the repository for the client variable’s value in the client database. If the client is not in the repository, the user variable will be null. If the value is null, then raise a throwable business exception.

Once the client’s profile information has been retrieved, the following step is to get access to it. It’s not a mistake that there aren’t any details. Defaults are utilized for the profile when the requirements are inadequate.

Numerous flaws may be found in the piece of code above. Null is a bad idea when the repository contains no values, but this isn’t made clear in the user interface.

A thorough investigation of these repositories’ documentation and implementation is required before we can make an informed guess as to how they work.

However, even though annotations are utilized to provide recommendations, API functionality is not guaranteed.

The repository will be subject to the following standards to address this issue:

As a result, there’s no need to make any assumptions, the API makes it plain whether or not the returned item exists.

Let’s take another look at the getUserWithProfile method. It is also possible for the procedure to raise an exception instead of returning a value.

Because this is a business-related exemption, the rule may be applied. The fundamental objective of the change puts a disclaimer on the possibility that a method may provide either a value or an error.

The existing code does not adhere to PFJ guidelines. When exceptions are triggered, values such as Null and Undefined will be returned. However, rewriting the code to make it PFJ-compatible isn’t always an option. In particular, this is valid for third-party libraries and frameworks.

Invoking old code has two drawbacks. Each instance may be traced back to an infringement of the appropriate PFJ regulation:

lift() in the Result<Q> contains a convenience method for most usage scenarios.

A Result<Q> object might well be created from an exception that serves as a Calling for a Cause instance. Another argument is a lambda that encapsulates the PFJ-compatible code in its function.

A throwable exception may be turned into an instance of Cause using the Causesutility class’s fromThrowable() function.

With these functions combined, the following results may be obtained using the method Result.lift():

What happens if you work with a null value? The option.option() method may be used to encapsulate a <Q> API response that returns null.

Old code often needs the use of PFJ-style code to function. If you are using an older API, you may have to keep it around for compatibility with the modern PFJ method. Because of this, you’ll want to create a new PFJ-style API first, and then a traditional adaptor.

There are some simple techniques that might be handy:

There is no ready-to-use assistance technique in Result<Q> because of these factors:

In this section, we’ll look at a variety of real-world circumstances that might arise while developing PFJ-style code.

Please note that the examples following presume that option<Q> should be used instead of Result<Q>, even though this is completely meaningless since all concerns are the same for both choices. Instead of throwing exceptions, function calls will be transformed to Result<Q>.

Imperative programming doesn’t often use this and it might lead to misunderstandings if you do. Fortunately, there is a straightforward solution to the problem.

For function02 and function 03 to have access to the value01, they should call value01(). Converting from PFJ style immediately will not work, to put it another way:

Value01 cannot be accessed because of an Error. We must utilize a nested scope, i.e. nest calls, to keep the value available.

The first flatMap makes use of function1’s value as a return value, whereas flatMap02 does the same with function02’s element. Function03 may now access and use value1, since it’s still inside the scope.

The more nested scopes there are, the more difficult it is to comprehend the code. In this case, expanding the scope of a function is highly suggested.

At first glance, moving to PFJ style scopes seems a lot like converting to nested scopes. In imperative programming, all values are equally visible. If numerous values are required, scopes will become too nested, which is a bad thing.

When option<Q> is used, all of the Result<Q> method is accessible. In this way, all computations are performed in parallel, and the result is an individual MapperX<...> user interface.

Here are three methods in total on this interface, each named after a different return value. Input lambdas are accepted by these methods, and they behave precisely the same as equivalent methods in option<Q> and Result<Q>. This is an example of imperative code being rewritten in PFJ style.

This approach offers a few additional benefits, such as being flat and small. In the first place, it demonstrates its purpose by doing extensive calculations and then saving all of the results.

The sequential pattern of imperative programming makes it difficult to see the end aim. The second reason is that, since each number is computed separately, no other values are thrown into the mix. With less background, it’s easier to understand and justify each function call.

These two entities are known as monads in Functional Programming.

To implement the monad, we use the basic variation of it called Option<Q>.

Result<Q> is, therefore, a streamlined and concentrated version of Either’s Either<L,R> interface. Due to the reduced amount of type needed, a more focused API is comparable to Option<Q>, but it also sacrifices universality and flexibility.

Two aspects are the emphasis of this implementation:

Each container has just a few essential methods, such as these:

As a result of this article, we now have a basic understanding of the pragmatic function in the Java programming language.

It is a contemporary, functional programming-based Java coding language that is simple and understandable. In addition, we have demonstrated how we can put it into action.