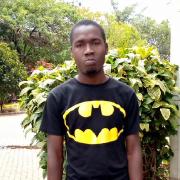 Odhiambo Paul is a second-year undergraduate student who develops Python, Java and Android applications. Paul has a great passion for writing clean and optimized code.

Getting Started with Kubernetes

Kubernetes is a container orchestration platform. It was designed to manage the lifecycle of containers and services, while providing scalability, predictability, and availability.

Kubernetes is built in layers. Each higher layer abstracts away the complexity that is associated with the lower layer. Kubernetes cluster is made up of the following components:

Note: For isolation, flexibility, and management of the cluster, Kubernetes runs applications and services in containers using the container runtime that is available within the node i.e Docker.

Kubernetes objects are defined using YAML or JSON files that are referred to as the manifests.

The pod is the fundamental building block of Kubernetes. It comprises one or more tightly coupled containers with a shared networking layer and file system volume. Higher-level components manage pods therefore, they are not explicitly defined in the manifest file.

A deployment comprises a collection of pods defined by a template and a replica count. A specific value for replica count can be set, or a separate Kubernetes resource (horizontal pod autoscaller) can be used to control the replica count based on the CPU utilization.

If three pods are running in the deployment crash due to machine failure, three more pods will be scheduled to run on a different machine. Deployments are best for deploying stateless applications where pods can be replaced without causing a cluster problem.

Below is a YAML file that shows a simple definition for a deployment.

A service provides a static endpoint that can direct traffic to the desired pod even if the pods change due to updating or scaling.

The below YAML file shows how we can wrap a service around the deployment we created earlier.

Below is an example of an Ingress configuration that exposes the user interface service.

Volumes are used to manage the file system within the pods. Secret can be used when storing credentials, that is, passwords. ConfigMap is used to specify application configurations that are mounted into a file. HorizontalPodAutoscaler is used to scale pods based on resource utilization and availability automatically. StatefulSet is similar to deployment but used to deploy stateful applications such as databases to the Kubernetes cluster.

Kubernetes is bundled with Docker desktop which is available for both Windows and MacOS. One can find a tutorial on how to install Docker on Linux here.

To verify if your Kubernetes installation is working, run the command below.