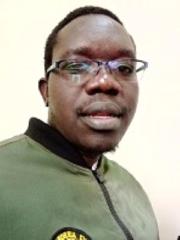 Ayoma Joseph is a Computer Science and Technology student at Maseno University (Kenya). He is interested and passionate in Java Programming, System Analysis and application testing.

Java Swing is part of Java Foundation Classes. It is used to create window-based applications which makes it suitable for developing lightweight desktop applications.

To follow through this article, you will need to have:

However, they have differences that would make one suitable over the other; depending on what one wants to achieve.

Some of the differences are:

As discussed earlier, Swing is used in creating window-based applications. Swing components are contained in the javax.swing package.

In NetBeans IDE, components are found under the palette. Java Swing components provide an interactive experience with the application.

In this article, we will look at a few Swing components commonly used in desktop application development.

JFrame is the very first component in the Java Swing Component hierarchy. It can be created in two ways:

JLabel is a component which displays a readable text or an image in the Swing Container User interface. The application user cannot edit the text rendered in the JLabel.

However, the application itself, through action events, can change the text. JLabel component can display both plain and HTML text. 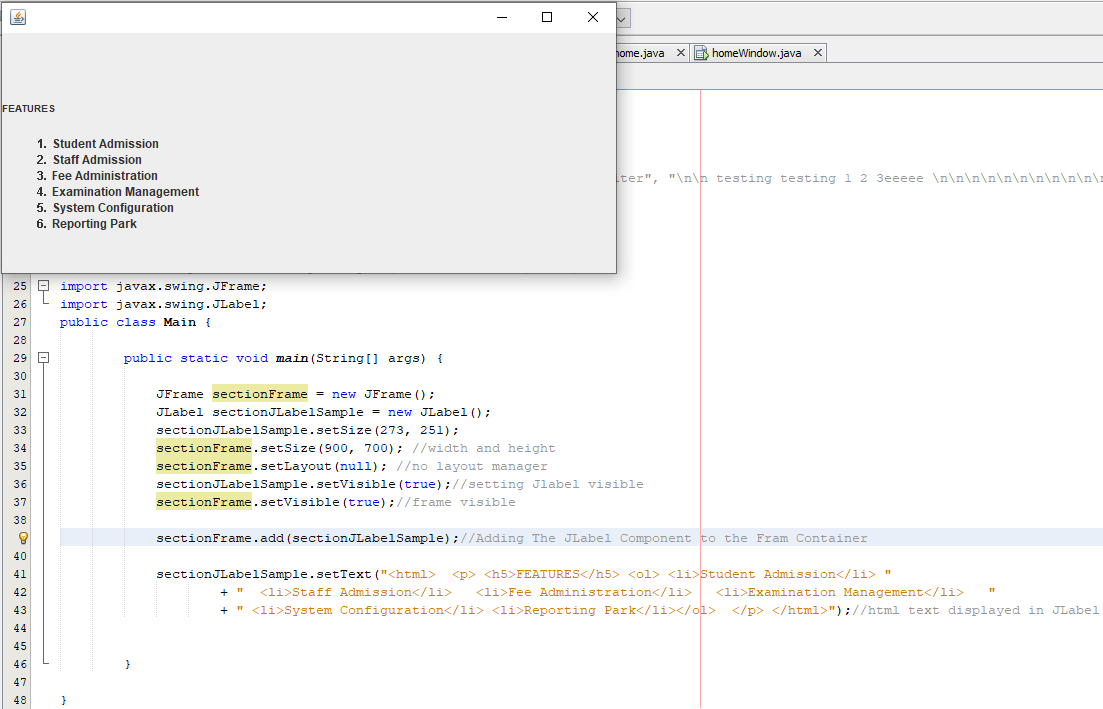 JTextField is a swing component that allows users to input one line of text. JTextField inherits from the JTextComponent class of javax.swing Library. 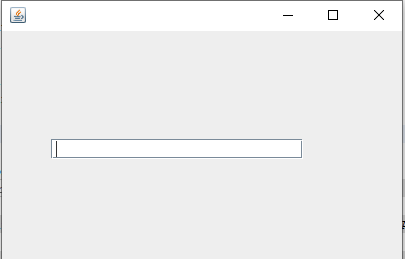 For JTextField to be accessible and editable, enable property must be set to true. JTextField can be initialized by calling the JTextField constructor and passing a parameter of integer type.

JButton is one of the swing components which gives swing the property of platform independence. This component creates a click effect on the application’s user interface. It is implemented in an application by calling any of its class constructors.

Clicking or double clicking on it results in retrieving data from databases and displaying them on the UI, or collecting user’s data on UI and storing/saving them into a database.

JButton in most applications contains text or an image which communicates to the user what the button does.

Getting started with Java Swing desktop application in NetBeans

NetBeans is an IDE for developing applications using different languages. Java programming language is one of those many languages which NetBeans supports.

NetBeans is the best IDE for building desktop applications using swing since it provides a user-friendly interface for designing and coding the UI. It has inbuilt libraries for swing which auto-populate code.

The in=built libraries in NetBeans provide a palette section in the IDE when creating a swing application. This makes it easier to drag and drop and components when designing an application. 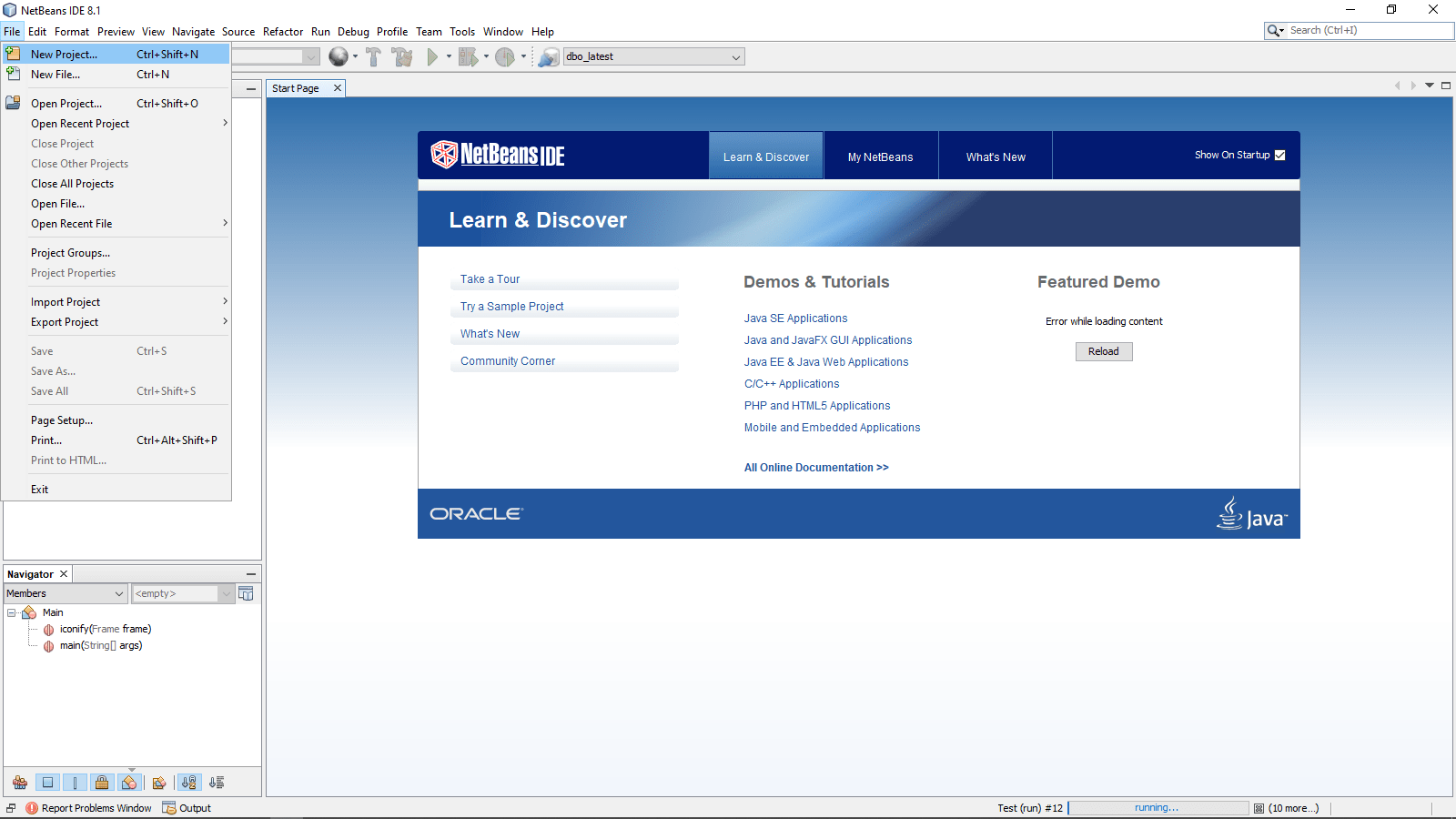 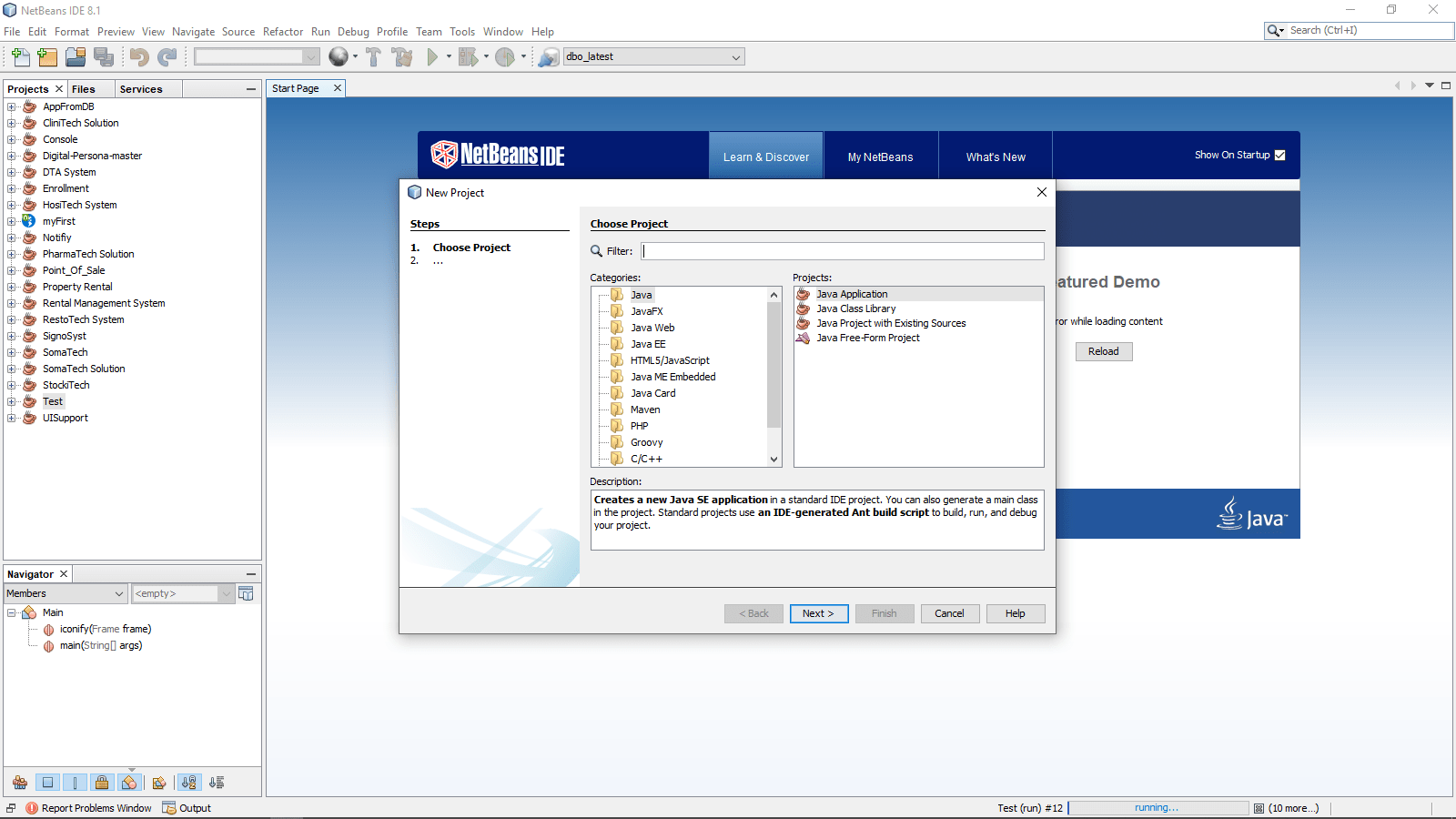 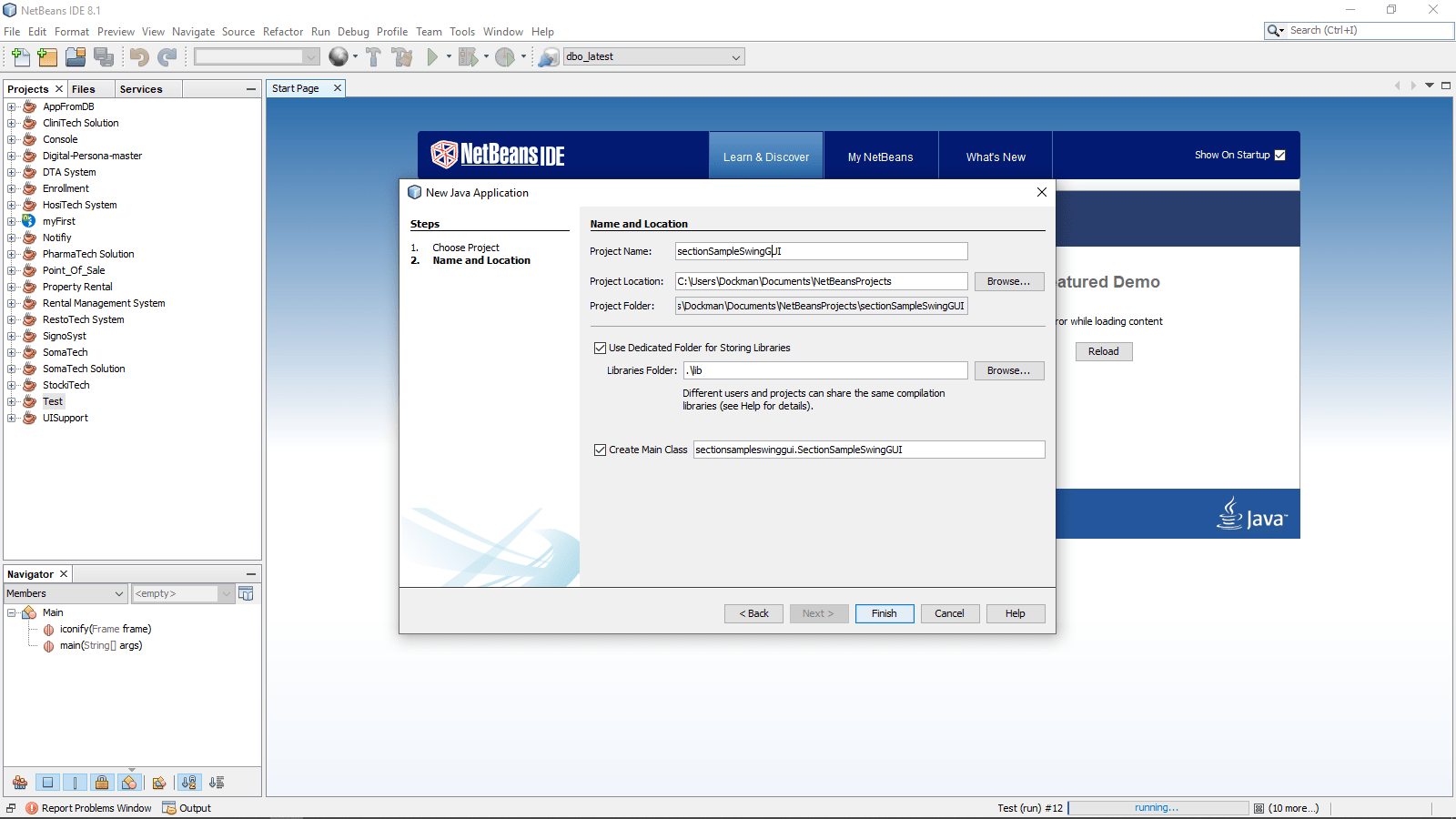 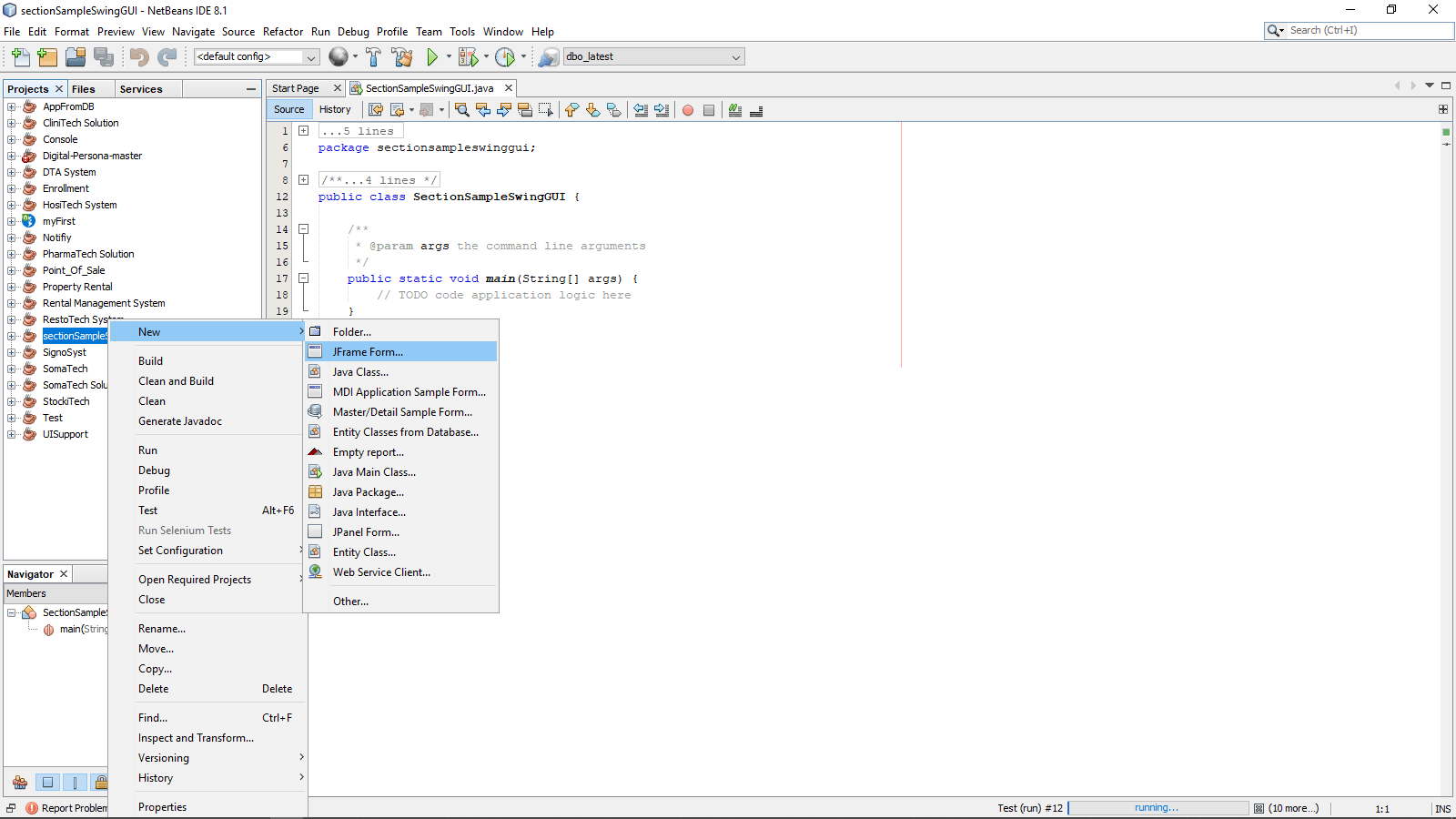 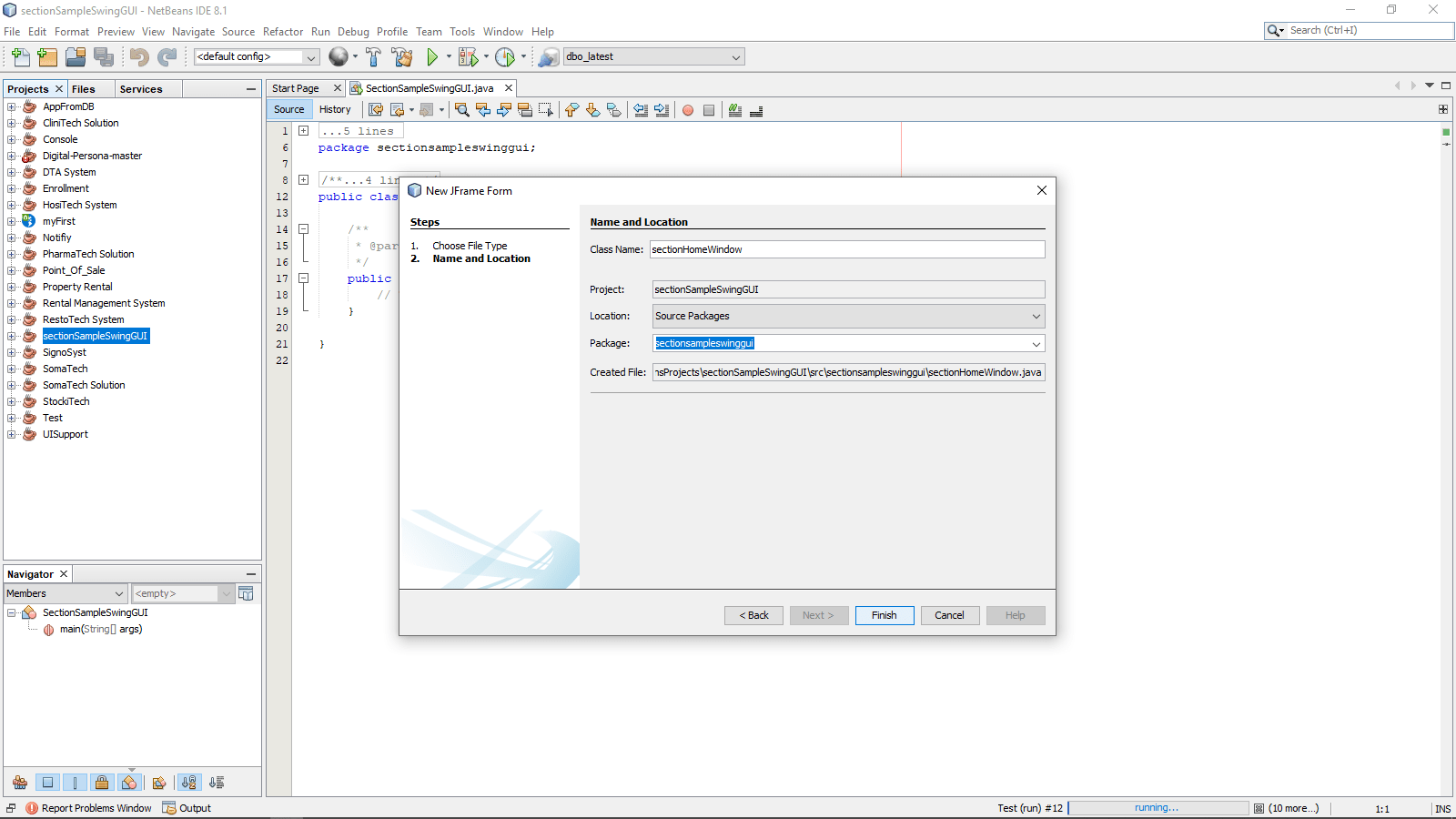 Our Window has been created. This forms the main component where other swing components will reside. 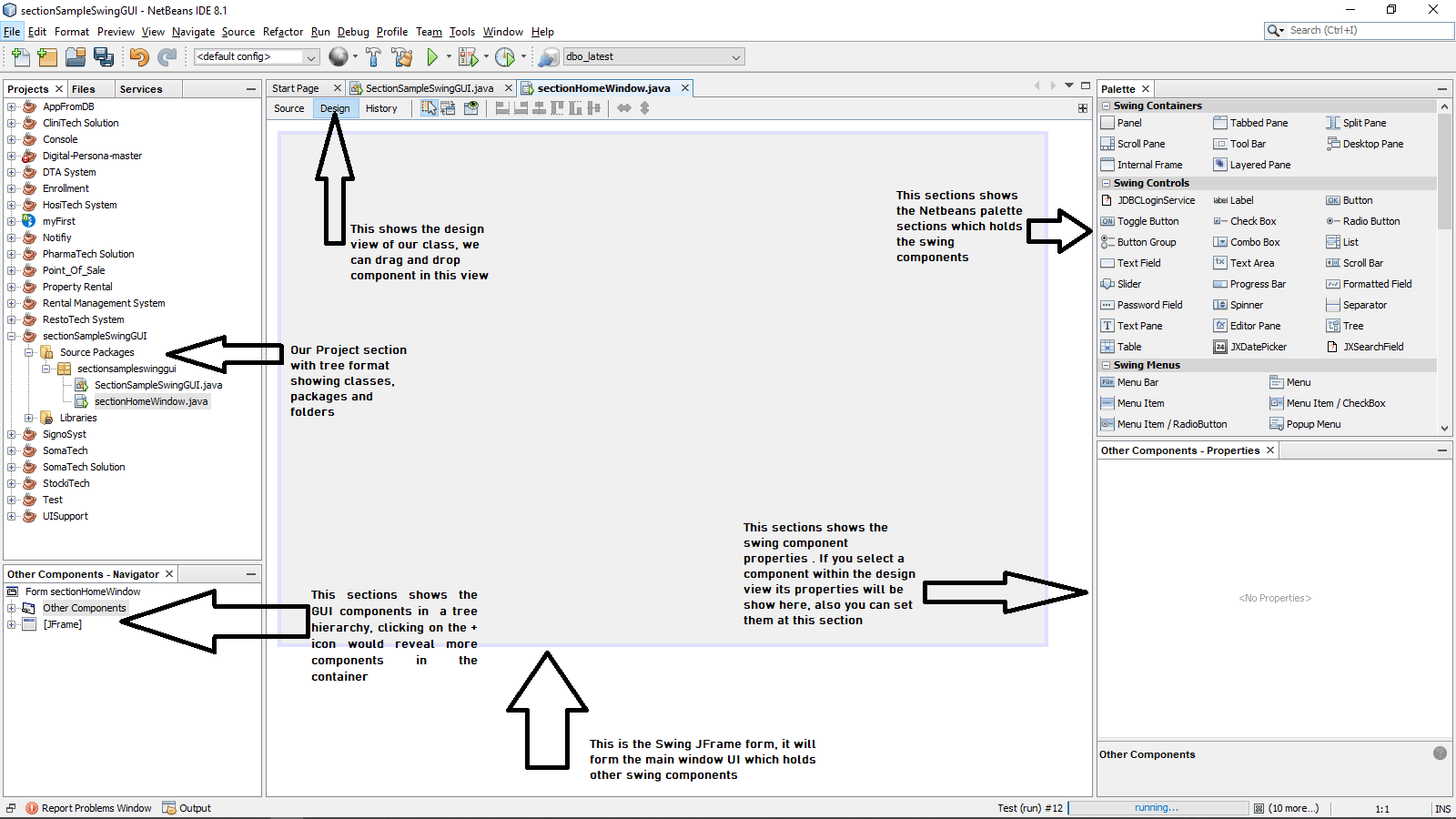 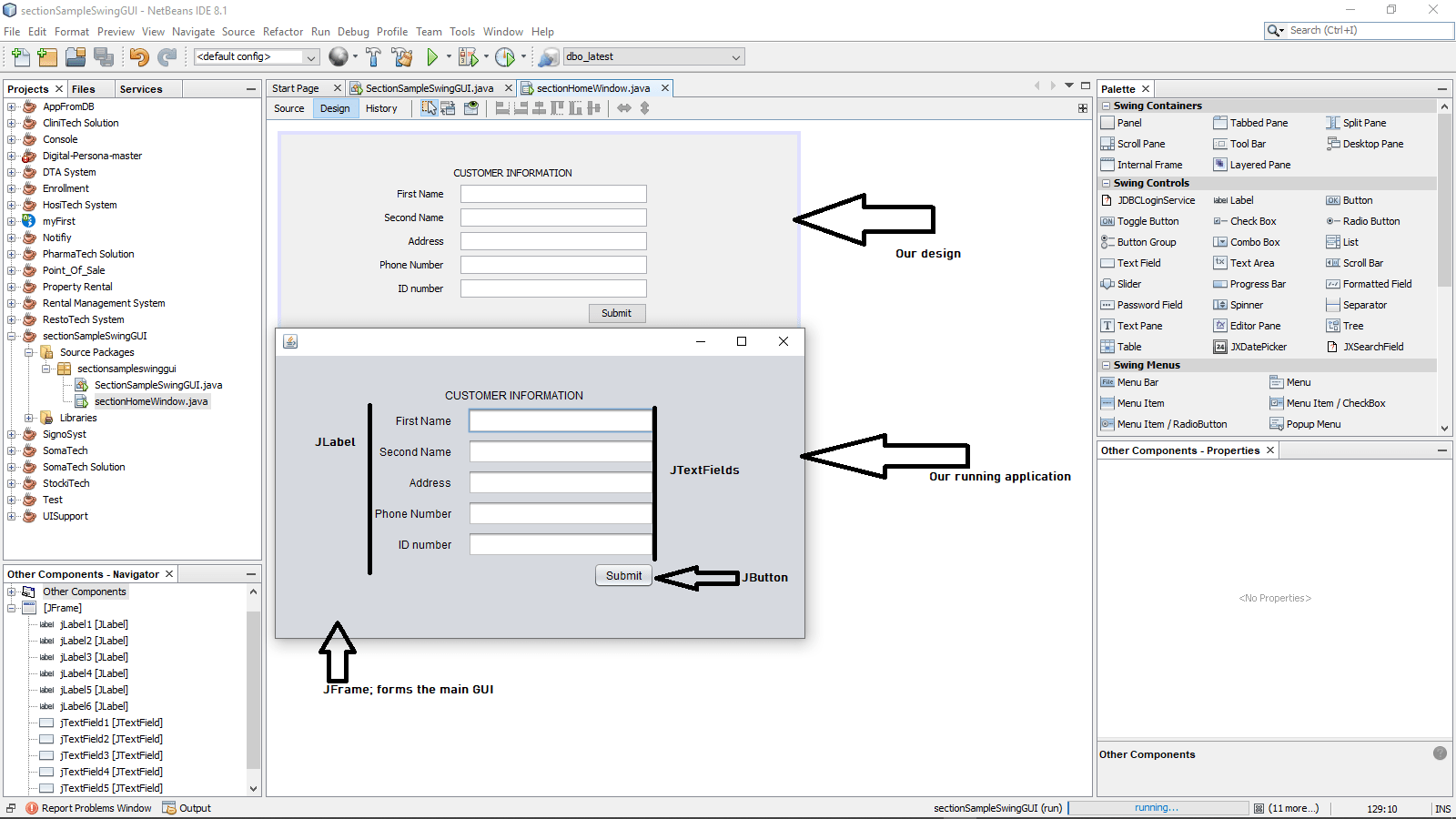 Java Swing is very easy to use. Being platform-independent and lightweight, its applications are significantly faster and reliable.

From this article, we have learned the following:

The code snippets used in this guide can be accessed at my GitHub Repo.