C# is pronounced as “C-Sharp”.

Programs written in C# utilize the .NET Framework to run. .NET is a framework used to make applications and run the .NET software. It was created by Microsoft and it runs primarily on the Windows operating system. There is an open-source implementation called Mono which is cross-platform.

C# is a unique language that is friendlier and easier to understand.

The performance of C# is exceptional in terms of speed and it uses very few resources. Many applications can be created using C#.

Some of the applications that can be created with C# are:

To get started, you will need an IDE (Integrated Development Environment) to write and compile code. We will be using Visual Studio as our text editor.

After you have installed Visual Studio, choose .NET desktop development, and click Modify.

On the new window, choose Create a new project. 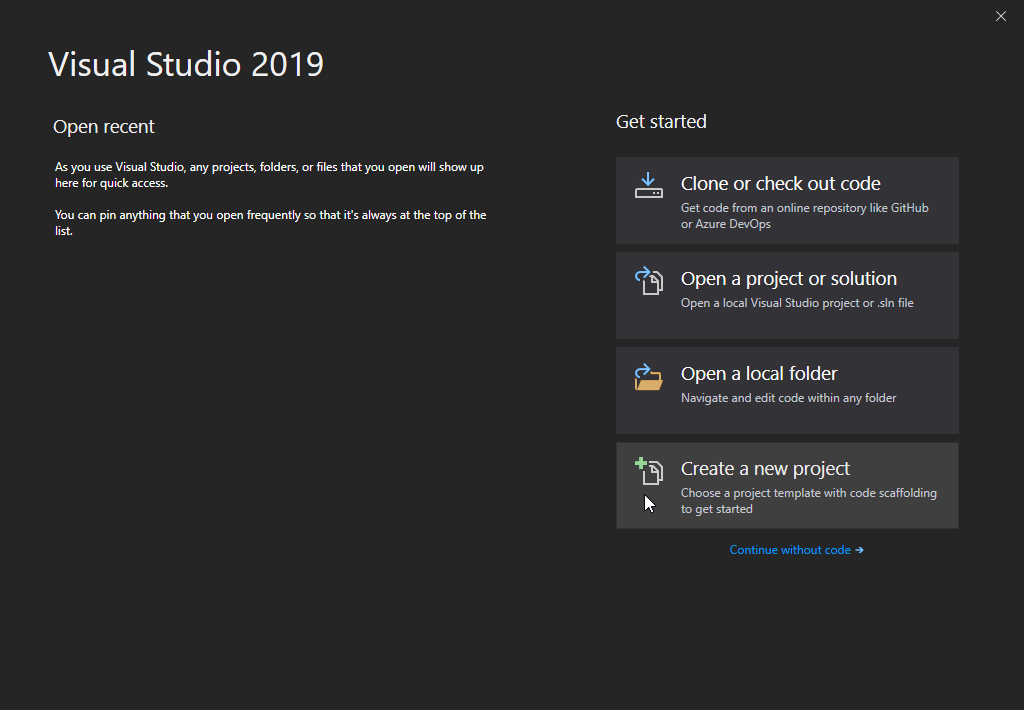 Once you have selected Create a new project, choose “Install more tools and features” then click Next. 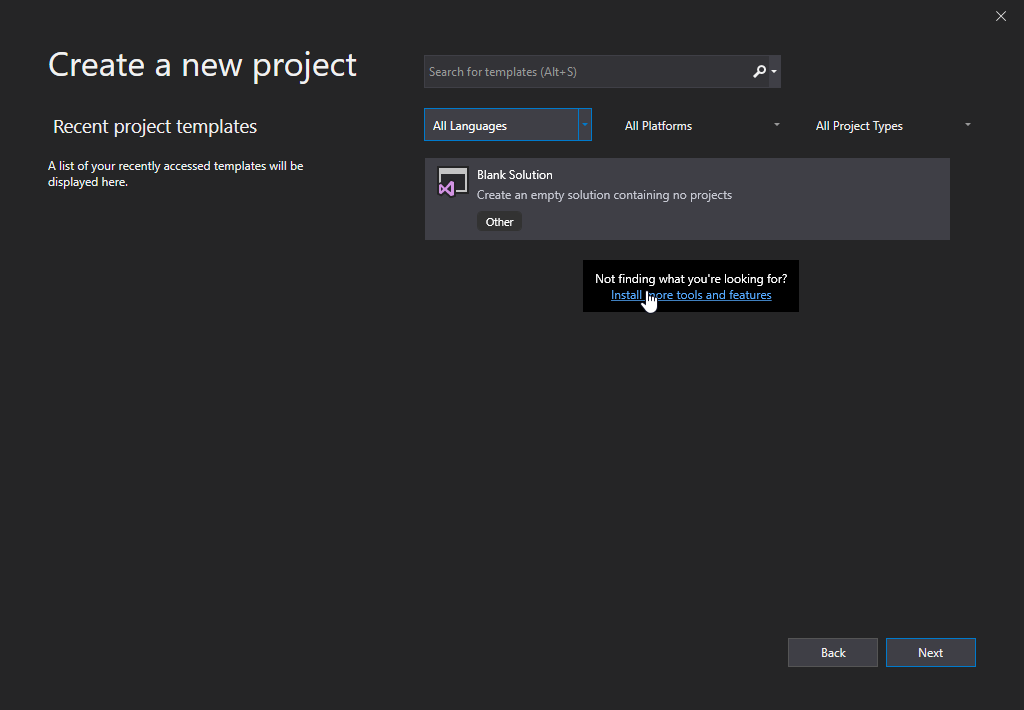 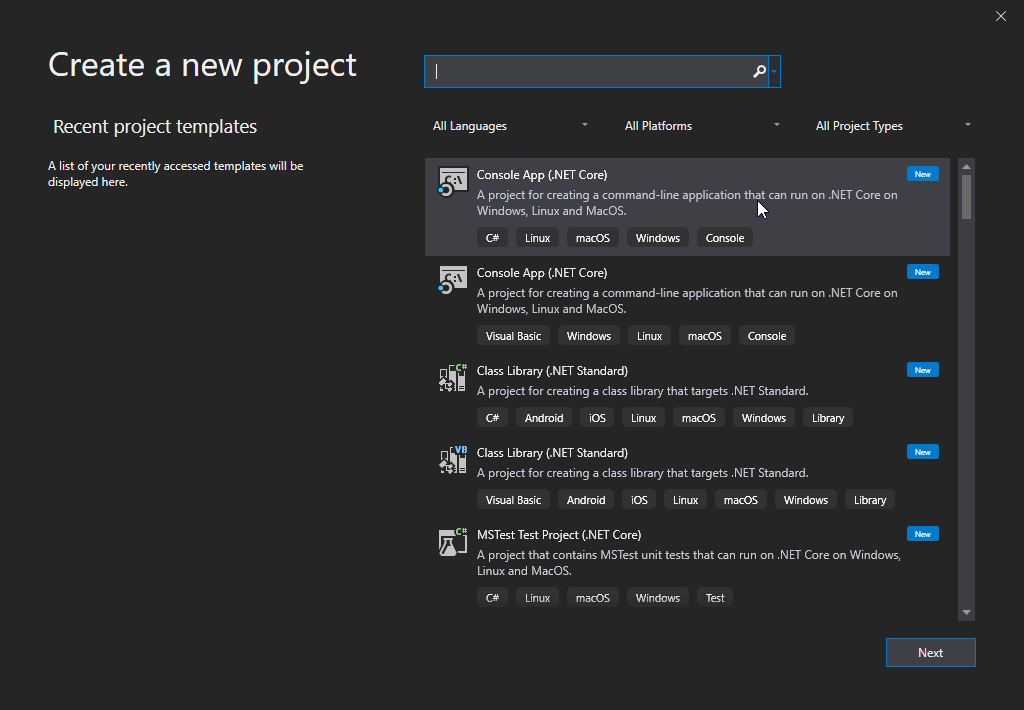 Enter your preferred project name and click Create. In this case, I will name my file HelloWorld. 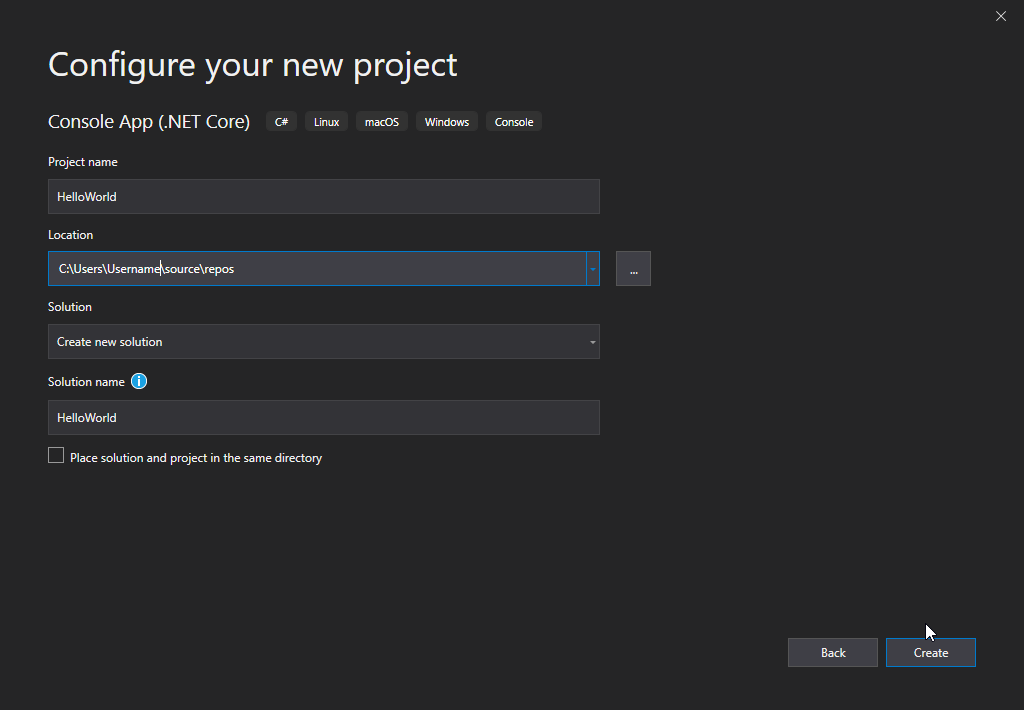 Visual Code will automatically generate some C# code for you.

Let’s look at the code.

We have the code that will be generated below. It’s a Hello World program.

For you to run the program, press the F5 key on your keyboard. This will compile and run your code.

A console window will open with the following output:

Let’s look at each line of the code above that was generated by Visual Studio:

In C#, it means that we can use the classes and methods available in System. It contains commonly-used types and classes. You can explore more in the C# docs.

Namespaces are used in C# to separate and organize code. They are containers consisting of methods, classes, and other namespaces.

Console.WriteLine() is used to print out text on the console. It prints a string and it adds a new line character to the end of the string. In our case, it’s used to output “Hello World!".

Reading character(s) from the input

Console.ReadLine() is used to read the next characters in the input system.

Console.Read() is used to read the next character in the input system.

Console.ReadKey() is used to obtain the next key entered by the user. It’s mostly used to hold the console for the user until he presses a key.

Comments start with two forward slashes. The compiler will ignore comments when compiling the code.

This is a single-line comment. Comments are used by programmers to explain more about the line (what the line does). This concept is very important when a group of programmers are working together as it makes your code more readable to others.

Any text between /* and */ will be ignored by the compiler.

Now, let’s write a program that adds two numbers entered by the user.

Here’s how the output of the program will look like:

Let’s look at the new lines in our program:

It takes data from the user and allocates it to the memory location.

When we prompt the user to enter any details using Console.Readlint(), C# takes the input as strings therefore, we have to convert the strings to numbers using the Convert.ToInt32() method above.

Using = (assignment operator), we are assigning the value given by the user to num1.

Just like integers, we have a data type called double which is used to store fractional numbers:

If you’d like to learn more about the built-in types, refer to this documentation.

In this tutorial we looked at:

Geoffrey Mwangi is an undergraduate student taking Computer Science. He is very passionate about programming and contributing to open source projects. He likes gaming and learning new things in his free time.