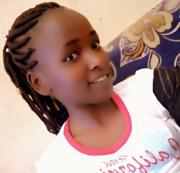 Winnie Mwende is a data science student with a passion for software development, artificial intelligence, and python programming. She has exceptional talents and has showed the ability to boost technological knowledge advancement. When she is not coding, she enjoys playing field and video games. Table tennis and racing cars are two examples.

Implementing the Singleton Pattern in C#

Design patterns are a set of coding conventions for resolving recurring issues in software development. As the name implies, singleton pattern creates an individual instance of the class.

The restriction should be applied when only one of the instances of a class can exist. It is recommended to have only one instance of caches, thread pools, and registries.

Singleton pattern was created to give a standard means of supplying a specific instance of an element all across the life of an application. Put it in another way; if the application isn’t restarted, the model will remain the same.

Overview of what is Csharp singleton design pattern

One of the commonly used design patterns in C# is the singleton pattern. This design pattern uses a single instance of a class to enable global access to the class members.

Instead of having several instances of the same class, singletons have just one instance, and provide convenient access to that single instance.

A singleton pattern can be implemented in C# in several ways, and they have the following qualities in common:

Let us examine the benefits and drawbacks of using the singleton pattern.

Benefits of the singleton pattern of design

Problems with the singleton pattern

The following are some of the drawbacks of using the singleton pattern:

A comparison of the singleton class and static methods is as follows:

We can implement the singleton pattern in different ways, which include the following:

1. Using a safe singleton with no thread

The code above is not designed to run in a multi-threaded environment.

Whenever two concurrent threads determine that the condition (if instance == null) to true, they both construct instances of the class which violates the singleton framework pattern.

There is no way to guarantee that a new instance variable will be observed by other threads even if the expression has already been run. This is due to how memory architecture works.

2. Using a singleton for Thread-Safety

This version is thread-safe. A lock of a sharing entity is obtained and a duplicate check is performed before generating an instance.

Having a lock prohibits various threads from generating the same class object, because locking ensures that all read operations occur logically after the lock has been acquired on a particular item.

Unlocking ensures that all writes happen logically before the lock releases.

Since only a single thread can be in that particular area of the code, the first thread will already create the instance; hence the expression evaluates to false.

Obtaining a lock each time an instance is requested degrades performance.

Instead of locking on the type (Singleton), this method locks on the static value of a class variable.

If you close an element that other classes can acquire and lock on, one may have a stalemate.

Class-specific objects, as a general rule, should be kept out of the public eye. As a result, writing thread-safe programs is a lot easier now.

3. Using double-check locking to ensure thread safety in a singleton

By not using locks, this approach aims to be more thread-safe than previous iterations.

The pattern seems to have the following drawbacks:

Therefore, it is worth understanding that if we ever use it, there is no guarantee that the constructor will complete it before the new object’s reference is allocated to an instance; in the Java memory model.

Despite revisions to the Java memory framework in version 1.5, double-check locking remains problematic due to the lack of a volatile variable (like in C#).

4. Using a no lock thread-safe function

Even though it was so simple to see, why was it thread-safe? And how lazy was it to boot up in the background?

Once per AppDomain, the static constructor of C# runs when a new instance of the object or a static component is instantiated or linked.

A new type check must be performed independent of what else is going on. This check will then be faster than its predecessor instances’ additional checking because it is checking for a freshly created type.

However, there are a few points to note:

You can eliminate the property by making instances public static read-only variables. The actual skeleton code is now tiny. While Just-in-time inlining may improve speed, many people prefer a variable in case subsequent action is required. Note that lazy requires the static constructor.

It will be easy to use and reliable. You may also have to use the IsValueCreated property to see if the instance has been created or not - if it will be necessary.

For the LazySingleton, the default thread-safety mode is LazyThreadSafetyMode.ExecutionAndPublication. You may want to try out several methods to see if they meet your needs.

An instance of the very first incidence seems to be the only place where instantiation can be initiated by the nested object; a static element.

The original concept of the version will be in a lazy manner and have all performance gains. It is not necessarily true that although nested classes can access the secret members of their parent, they can still access them in the other way (reverse).

A class that has been private is not a problem because the code is somewhat more complex to make the instantiation to be lazy.

Unless your class setup is extremely time-consuming or has unforeseen consequences elsewhere, we probably won’t need the explicit static constructor.

By allowing the Just-in-time compiler to make a single request (for example, at the beginning of a method), we can certify that this category has been initialized.

Creating an application using a singleton instance and a tight loop can have a substantial impact on performance. It determines if lazy instantiation is necessary or not.

A singleton constructor must be used for tasks that can raise an exception but are not fatal to the application.

There’s a chance that the app can fix the issue, so you could want to give it another shot!

At this point, using the category of initializers to build the singleton is troublesome. However, the intended action (running the type initializer afresh) is not always done by different runtimes, and when it is done, the code becomes wrong on other runtimes.

In this tutorial, we have seen that the singleton pattern refers to a class that only allows the development of a single instance, and typically offers easy accessibility to that instance.

We have also discussed how useful the singleton pattern is in the C# language and how to implement it differently.

I hope you find this tutorial helpful.