Cryptography refers to the encoding and decoding of messages to maintain confidentiality, integrity, and authentication of information in transit. Public key cryptography is also known as asymmetric cryptography. In this method, there is a public key and a private key. The public key is known widely whereas the private key is the secret to a communicating pair.

Before we begin it would help if you have the following:

What we will cover

Since its initial release in 1976, different algorithms have applied this mechanism. The following are some of the algorithms using public-key cryptography:

Libraries for public-key cryptography in JavaScript

There are different libraries for implementing public-key cryptography in JavaScript. The following are the most commonly used.

For this article, we’ll use TweetNaCL.js to implement the concept of public-key cryptography.

First, let’s install the dependencies to use in the application. You can use npm or yarn to install these packages.

We have generated the keys for both David and Viktoria. A pair consists of the public key and the private key. The keys are of type Uint8Array(32).

For example, David’s key pair will look like this:

The message to be sent to the recipient as per the library is:

We are decoding the message using the ciphertext, one-time code, David’s public key, and Viktoria’s secret key. The message is then encoded to UTF8 using encodeUTF8() so that its human-readable.

To curb the above threat, we use pre-computed keys. Here, while encrypting and decrypting, instead of using the public key of the other party which could be impersonated, we use a shared key. A shared key is a special combination key of the recipient’s public key and the sender’s secret key.

The message to be sent to the recipient is comprised of:

It’s very important to maintain these keys since they are crucial and critical. Currently, they are stored online in databases or through some other medium. They are usually encrypted using encryption algorithms such as Advanced Encryption Standard (AES) to promote integrity before storing them.

Some of the platforms that use public-key cryptography in production include:

Public key cryptography solves the key distribution problem but suffers the threat of man-in-the-middle attack. There are different methods to solve it and among them is using pre-computed keys. The method is still in demand and is used by a lot of successful companies. 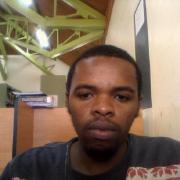 Kennedy is an Information technology graduate from Karatina University. He is fluent in web development with both the front-end and back-end using JavaScript. He is very passionate about Linux and Android development.