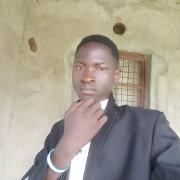 Peter is an undergraduate student pursuing a degree in Computer Science. Peter is interested in Algorithms, Machine Learning, and backend. He thinks open source projects are cool and enjoys being a contributor.

The discrete-time Fourier transform (DFT) represents an image as a sum of complex exponential of varying magnitudes, frequency and phases. Square functions as an image representation of a square, while the natural images are the image representation with rich local covariance. We can perform DFT for all these image types to improve their qualities.

In this tutorial, we will look at the background theory of the DFT. We will see the applications and limitations of this process. We will also look at the Matlab code for the 2D-DFT of a square and the natural images.

To follow along the reader will need the following:

For an image f(x,y) of the MxN, DTFT can be computed using the equation below:

The inverse transform exists. We can get image f(x,y) back from its spectrum $F(\omega_1, \omega_2)$ by the following equation:

This equation states that f(x,y) can be represented as a sum of the infinite number of complex exponential(sinusoids) of different frequencies. $F(\omega_1, \omega_2)$ is a continuous function of $\omega$; therefore, this computation is not suitable for computers as they are discrete devices.

The DTFT represents the sampled version of a continuous spectrum of DTFT. This is the relationship between TFT and DTFT. We can say that DTFT is the normal frequency transform of your signal. It gives a continuous function of $\omega$. This function is not suitable for computer computations.

We are doing here that instead of the continuous function of $\omega$, we get the discrete version of the spectrum. For an image f(x,y) of the size MxN, DFT can be computed by the following equation.

Inverse DFT exists. Image f(x,y) can be recovered from DFT samples F(u,v) by the following equation:

For more information on the background theory and the mathematical equations of DFT, we can check here.

Limitations of the DFT

The image below shows a square function in the spatial domain at the center. 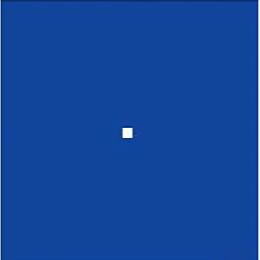 We can visualize the same image in 3D as shown below: 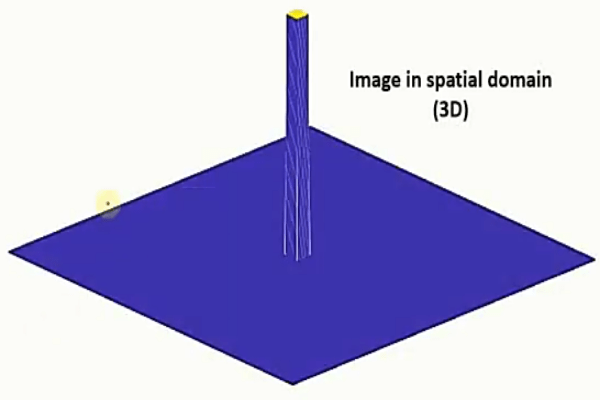 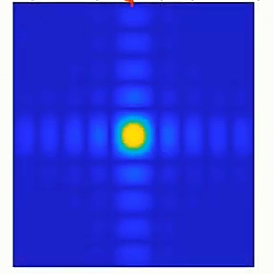 The image above does not give clear information. If we look at the image in 3D, we can have a better idea.

The 3D spectrum is shown below: 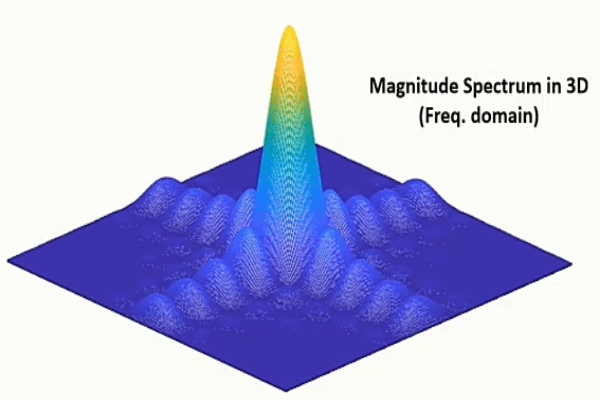 Now, here we can see the clear variations.

DFT of a natural image

Now, we have a natural image, and its responding 2D spectrum is shown below: 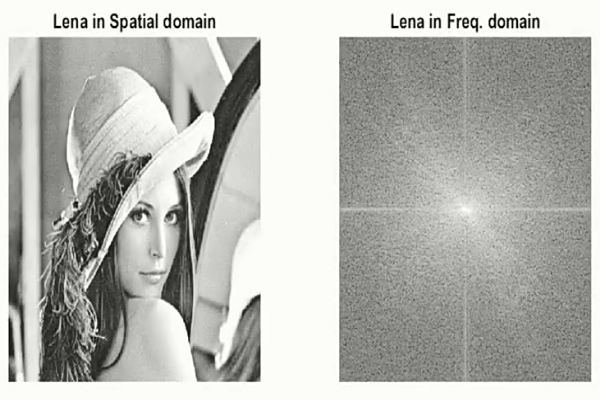 In the spectrum, we can see the center to be so bright. It means it has the highest magnitude. We can visualize this in 3D. Below is the cross-section of the center. 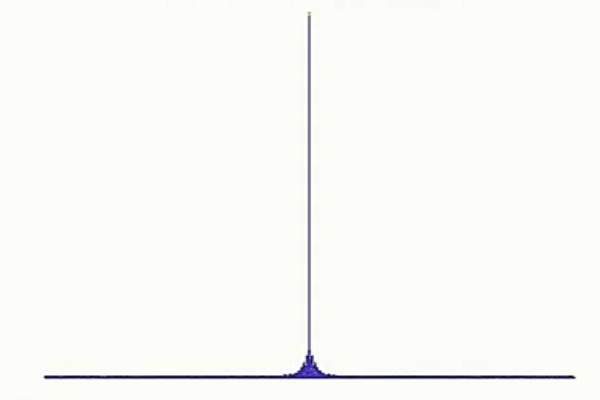 Let us now look at the Matlab code for the 2D-DFT of square function and natural image for the images we used before.

We start by reading the images using the imread() function.

The f0, f1, and f2 are the square function but different sizes. So the size increased from f0 to f1.

Note that the image should be in the .bmp format. It is because its array is an MxN matrix. Some .bmp files have an additional column. Remove this column after reading your image.

We will then find the magnitude spectrum. To get this magnitude, we do the following:

We use the abs() function because we find the magnitude since the spectrum has complex values that cannot be plotted. We will now plot the images with their corresponding spectrums into subplots.

To plot the corresponding magnitude spectrum in 2D, we use the following code:

It is dark because the f(0, 0) component has a very large magnitude compared to other frequency components. So, there is a huge difference between the magnitudes of these spectrums. This log reduces the magnitude difference to a small size, and thus we can visualize the available details in the image.

Now, we will visualize the magnitude spectrum in 3D. It is done using the mesh() function as shown below:

When we run this program at this point, the output will be as shown below: 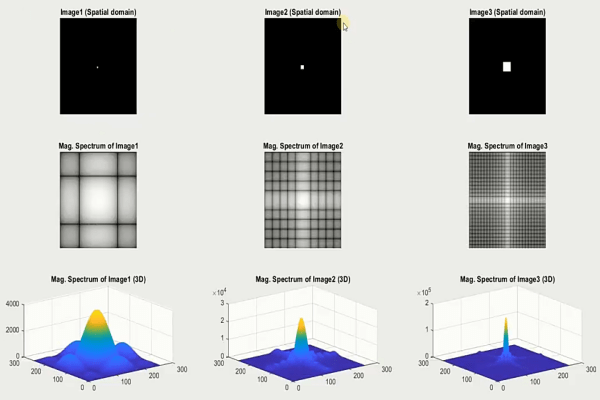 From the output, we can observe that as the size of the square function increase in the spatial domain, the corresponding magnitude spectrum in 3D becomes sharper.

This shows the property of the Fourier transform, which states that good time resolution is equivalent to poor frequency resolution and vice versa. It means that the sharper you are in the spatial domain, the coarser you will be in the frequency domain.

We create a separate figure to plot the lenna image in the spatial and the frequency domain.

The output is as shown below: 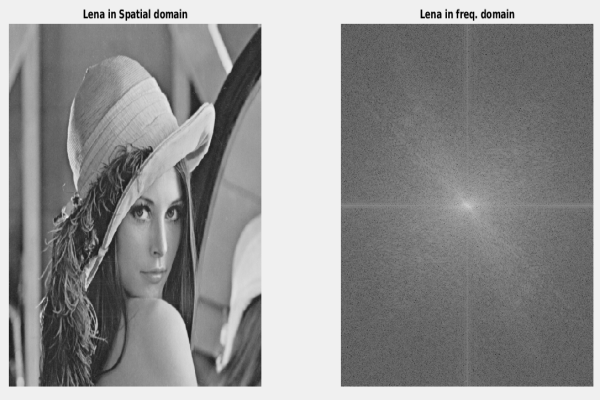 The brightest point in the frequency domain shows the DC components. We can visualize the magnitude spectrum in 3D. It is done by executing the mesh command in the command window as shown below:

The output is as shown below: 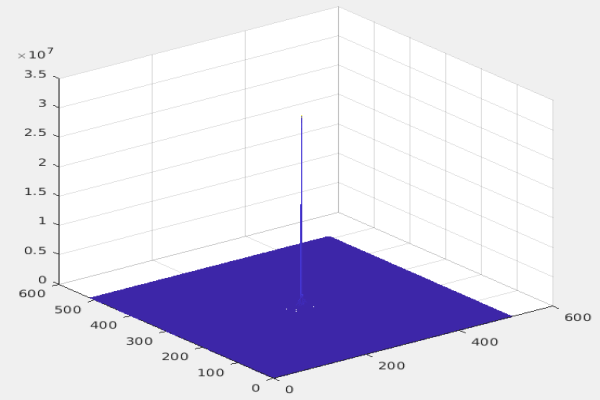 This is how we plot the spectrum of an image in Matlab.

Performing the discrete Fourier transform is an essential process in improving the image or signal quality. It gives a wider image view in the spatial and frequency domain that helps you process your image. Performing this process in Matlab is made easier using functions in Matlab. This feature makes Matlab efficient to solve DFT problems.