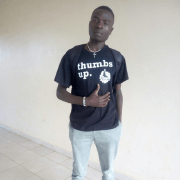 Collince Okeyo is an undergraduate student undertaking Bachelor of Science in Computer Science. He is interested in Android development and he is a Machine Learning enthusiast.

This tutorial will help you understand how to use LeakCanary to detect memory leaks in Android applications. LeakCanary not only detects memory leaks but also helps you to reduce them.

The occurrence of memory leaks may lead to a poor user experience due to app crashes caused by OutOfMemory (OOM) error.

To follow through this tutorial, the reader should have:

By the end of this tutorial, the reader will:

Whenever an object is no longer in use, the garbage collector is always responsible for its removal as a heap junk.

If the garbage collector is unable to perform its task, a condition known as memory leak arises.

A memory leak can also occur when an application is unable to release memory from an object when the object is no longer in use.

Below, are the common practices that can cause memory leaks in Android applications:

In case an instance to a fragment is added to the back stack, it should be cleared to remove its reference during the onDestroyView method call. This will help in avoiding memory leaks.

During app configuration changes, various tasks run in the background thread. When an instance of an activity is stored in an object that survives activity recreation, a memory leak is likely to occur.

This will hinder the garbage collector from reclaiming the object held by the reference to the Context hence leading to a memory leak.

How to avoid memory leaks

LeakCanary is an open-source memory leak detection library developed by Square organization. It can detect and decrease memory leaks in android applications.

It also notifies the location where the leak is actually happening.

Using LeakCanary is simple because it has predefined functions.

It also simplifies the programmer’s work since it shows the location of the memory leak which makes it simple to correct and avoid the leak.

LeakCanary handles memory leaks in four steps as listed below:

In the build.gradle (project level) file, paste the LeakCanary dependency and sync the project.

Storing a reference to context, views, or objects in the background causes memory leaks.

We are going to do that to show how memory leaks occur and how LeakCanary detects them.

In your MainActivity.kt, add the following code to see how LeakCanary works when detecting memory leaks.

The issue with the code is not the context passed to create the image drawable.

In this code, the issue is private var myBackground: Drawable? = null (a variable declared in the MainActivity); which is created with Activity as the context.

As a result, there is a static reference to a Drawable that refers to the Activity, resulting in a leak.

To avoid memory leak in this code, the Drawable should be created using the application context and not the TextView.

Hence you should replace the statement:

1. Detecting objects that have been retained 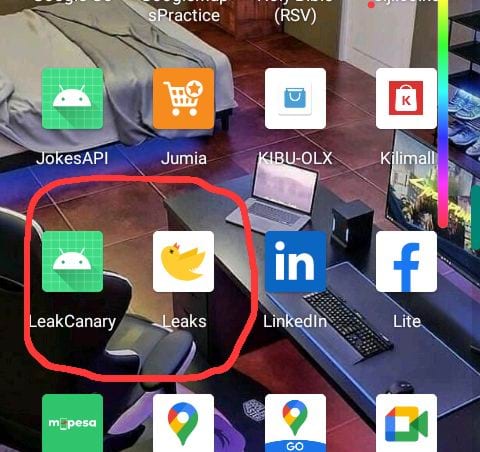 The leaks app installed shows notifications with the latest count of dumped heap memory. It also shows the progress of leak detection.

In this step, LeakCanary dumps the heap memory into the .hprof file (dump heap) that is saved to the Android file system. Dumping of the heap memory only happens when the threshold is reached. 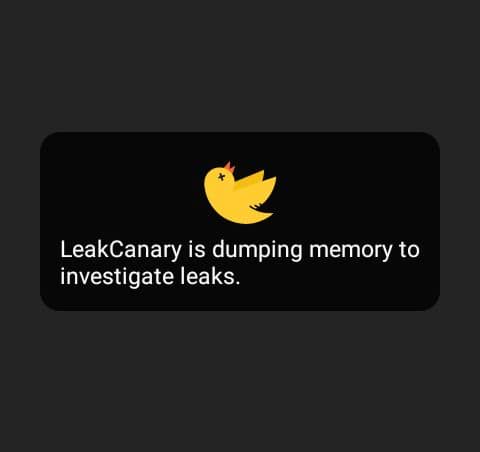 LeakCanary uses Shark (heap analyzer) to parse the .hprof file and locate the retained objects in the heap dump. 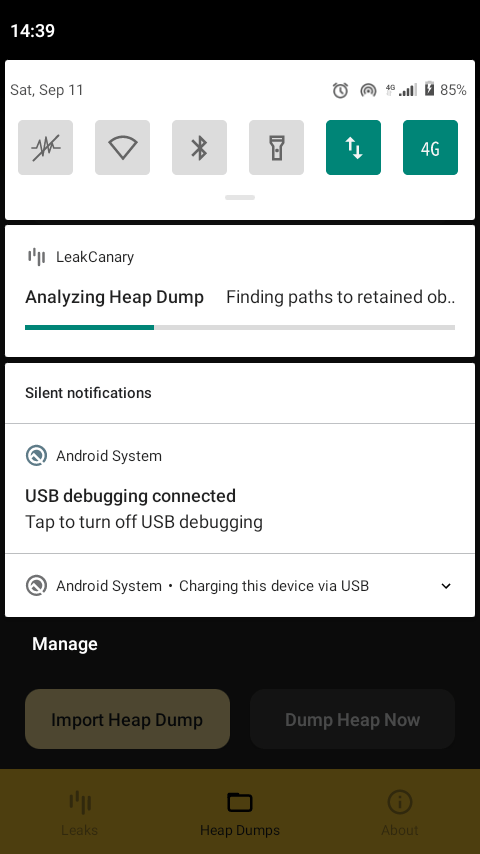 4. Sorting the leaks into categories

This is the final step where LeakCanary shows the location of the memory leak and underlines the objects causing the leak in red.

The developer can therefore refer to the code and correct it to avoid memory leak.

When you want to deploy your application for production, it is appropriate to remove the LeakCanary library to avoid taking the Leaks app to users.

To remove LeakCanary, go to build.gradle file and delete the LeakCanary library you added and rebuild the project.