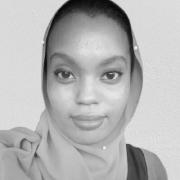 Is Golang a Good Fit for the Internet of Things Projects?

Golang is an open-source programming language that emerged following developers’ dissatisfaction with the available solutions at that time.

Its application on the Internet of Things (IoT) projects promises to overcome the setbacks of integrating IoT applications with multiple IoT devices. With real-time remote monitoring through IoT apps today, it is possible to create smart homes, factories, and many other smart products.

Ideally, an IoT framework should have a stable, dependable, and high-quality programming language. Developers see Google’s Golang as one of the most compatible languages with IoT, and this development could gradually edge out JavaScript.

Why Golang for IoT

Golang is a go-to language for IoT projects due to its many capabilities, including compatibility, utility, and ease of use.

There are several programming languages that developers can use to integrate IoT solutions. However, Golang’s high compatibility makes it the preferred option. The language has a built-in concurrency that maximizes the range of IoT devices it can connect. Golang can easily support millions of inter-linked Internet of Things devices.

Besides, Golang’s backward compatibility is a feature that makes it a popular option for use with IoT. The promise to implement this feature would make Golang’s newer versions compatible with the old versions. As Golang undergoes updates to new software versions, say, v1.2.3, it should remain compatible with older ones like v1.2.1 and v1.1.5.

Golang’s built-in concurrency is significant in enhancing its ability to fully utilize the advantages of hardware in ways that many other programming languages cannot. Concurrency allows Golang to support a large number of connections simultaneously.

This ability makes developers prefer this programming language when building the communication layer of an IoT system. Golang can utilize 100% of the control processing unit (CPU), enhancing the rate of providing the required outcomes.

With Golang, you can build highly scalable systems that serve several users smoothly and continuously. This programming language ships clean code quickly, considering its neat built-in programming features. So, code runs faster without experiencing interruptions. In that way, you can build robust software and manage them with ease.

Some of Golang’s utilities and tools include:

These utilities, among others, enhance the functionality of Golang.

Golang’s built-in concurrency makes it easier to write programs. In comparison to other programming languages, Golang is easier to learn and understand. Its syntax is a little bit smaller and simpler to learn. An individual with a background in C-language syntax can study and comprehend Golang independently. Most of the language’s semantics are also simple to use.

It is a language that is relatively comfortable for a beginning programmer. One does not have to spend much time paging through reference documentation.

Golang vs. JavaScript for IoT projects

JavaScript’s community is relatively more established than Golang’s. It has been in place for about 27 years now and constitutes several experienced programmers. The community offers valuable information during troubleshooting or when studying new frameworks. The support is integral to a developer’s programming process, especially in new technologies like machine learning.

Golang’s community is younger because the language is relatively newer to the developers. It is gradually becoming popular, but it lags when it comes to machine learning and data science. The community lacks the experience to help out in troubleshooting some Golang issues but provides an opportunity to discuss and learn together.

Golang is great for the server-side because of its capability to develop parallel services. It can also build apps like Gopherjs and Beego using web application frameworks. Nevertheless, developers find JavaScript more favorable in creating modern user interfaces despite those capabilities.

JavaScript dominates in the front-end. Because of that, developers find it easier to keep the front-end and back-end limited to the same language. So, Golang is a less favorable option, and this has to do with its newness in the programming world.

Learning Golang is way easier than JavaScript. Upcoming developers are increasingly adopting this programming language because they find it easier to grasp its syntax than other languages. Golang offers extensive documentation and an open community where individuals can discuss the new issues they have encountered to learn together. In contrast, JavaScript is more challenging to learn and is primarily popular amongst experienced developers.

Based on the number of libraries available for each programming language, JavaScript surpasses Golang by a significant margin in several areas like mathematics. However, Golang takes pride in having more powerful tools for data analysis and complex mathematics. Despite having an excellent standard library, Golang remains behind JavaScript in terms of popularity.

It is a young programming language

Golang has existed for almost ten years since Google released the first open-source version in 2012. Because it is a young language, it also means that many developers have not entirely explored its capabilities and limitations. So, developers may experience the challenge of making the highest number of libraries. Furthermore, even when making these libraries, they must write them independently as there are few online resources about its functioning.

Golang’s lack of generics makes it difficult for developers familiar with other languages like JavaScript to adapt. This limitation bars them from reusing their code. Despite its top-class functions, if developers write functions like filter or reduce in a specific collection type, they may not reuse those functions. The only way out is to keep writing more and more code, and developers may not find this ideal.

Golang’s library support needs improvements. Its API integrates with Contentful. Moreover, since Contentful lacks an officially supported Golang software development kit, a developer must write complex code to parse data from Contentful. The developer may have to rely on third-party libraries, which may cause inconveniences.

Golang’s standalone binaries are pretty large, and this is because they include the VM power. So, a single word can take as much space as 2 megabytes. Despite employing several methods to compress the binaries, its RAM cannot sustain a server running several code versions. Besides, Golang allows the expression of dependencies in the same file containing the dependent code. That might appear as a merit, but programmers do not usually indicate the specific versions of dependencies.

Golang adopts automation features to enhance the rate of programming. However, most programmers note that automated programming features are a stumbling block. It can create chaos if, for instance, the program triggers garbage collection at the wrong moment causing errors and delays in server responses.

Google’s Golang is increasingly popular among beginner developers who find it simple to learn, understand, and use. The language is especially becoming of interest to programmers considering its compatibility with several IoT devices.

Experienced developers are unwilling to migrate to Golang because of its limitations, including an immature community and failure to support generics. Even so, Golang’s facilitation of Internet of Things projects could phase out JavaScript from IoT. A favorable Golang popularity trend is showing, and soon, many developers may adopt it.