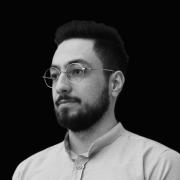 Ahmad is a passionate Software Engineer. He has experience in Machine Learning and Data Science. He won multiple Hackathons and programming competitions. He believes that Web3 underpins the internet of value and gives the user the control back.

Getting Started with MATLAB

MATLAB (an abbreviation of “matrix laboratory”) is a programming language and numerical computing environment developed by MathWorks. It is used for mathematical operations.

MATLAB has an additional package, called “Simulink”, that you can use for graphical multi-domain simulation and model-based design for dynamic and embedded systems. You can get access to the symbolic computing abilities by using an optional toolbox that uses the MuPAD symbolic engine.

As we mentioned before, MATLAB is like any programming language that allows you to do mathematical operations. For example, try: 1+1, sqrt(4), or sin(pi/2).

Also, you can present complex numbers by:

The vector is a one-dimensional array of numbers.

You can create row vectors by:

Or by using a comma to delimit the elements.

MATLAB will return the following result:

To output a specific range of elements, you have to reference the vector with a colon.

The result will be:

If you want to list all of the vector elements, you can use values(:).

You need to use semicolons between values.

The matrix is a two-dimensional array of numbers.

To create a matrix, you have to enter the elements in each row with space or colon between them. Then you have to use semicolons to delimit the rows as we saw above.

Now let’s create a smaller matrix from our existing one.

Check if you get the same result as shown below:

Zeros, ones, and eye

When you use zeros which is a built-in function, it initializes a matrix of specified dimensions with values initialized to 0.

For example, if you write a = zeros(4:5) then the result will be four rows and five columns of zeros:

The ones method is similar to zeros, except it initializes the matrix’s values to 1.

Linspace generates vectors with entries spaced equidistantly. It takes in the starting point, the ending point, and the number of points as its arguments.

But if you change the last value to 8 instead of 10 then the result will be:

Using the MATLAB interpreter is not a wise choice when implementing and storing MATLAB code. A better option is to store the code in .m files. 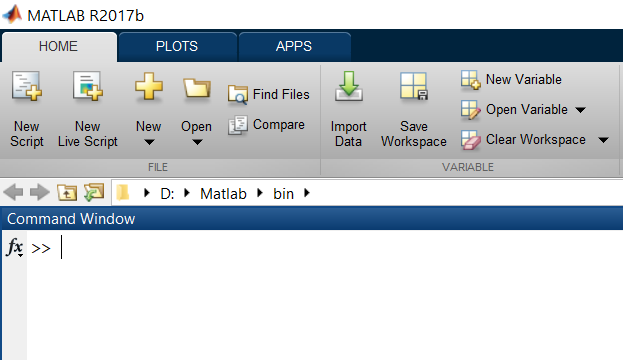 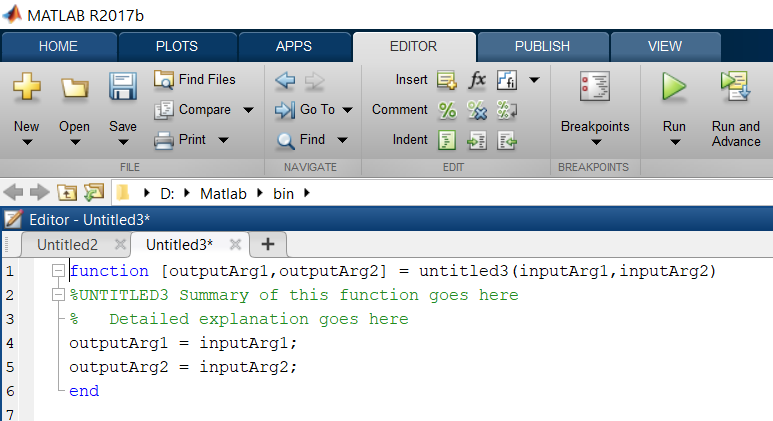 It is that easy!

After that, you have to save the function with the extension “.m” as we mentioned above. Finally, write areafunction(2) in the command window and the result will be:

If you are familiar with the Matplotlib plotting library for Python programming language, it will be very easy for you to follow this section. However, we will explain it simply as possible.

To plot any graph we need to define the range of X and Y values. Then to call the plot command which is plot(X,Y).

Now let’s move on to a complex example.

We are going to create the following figure: 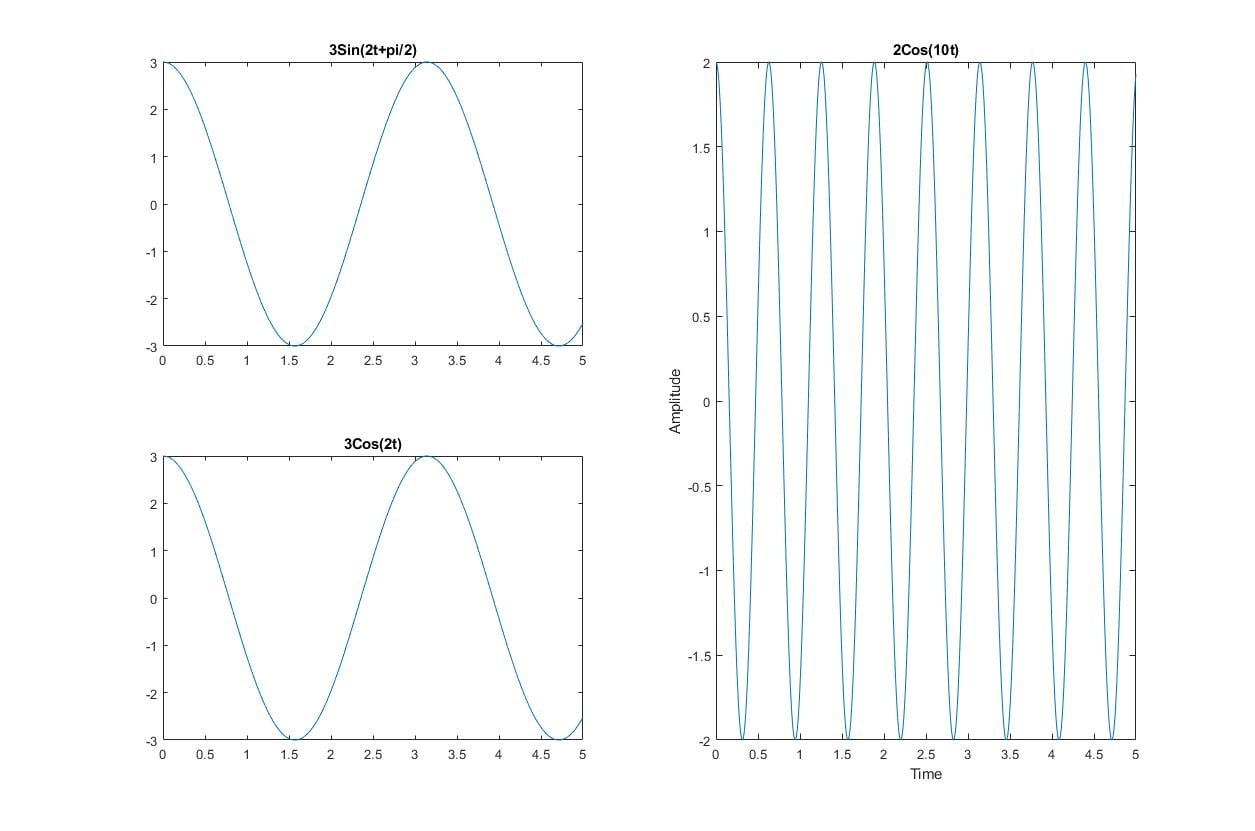 We need to define t (a variable indicating time).

Then to define the first sin wave:

The subplot allows you to create multiple plots in one figure. The first and the second numbers specify how many rows and columns we want, in our case, it is 2 rows and 2 columns.

The last number (1) specifies that our plot will be in the first row and the first column (in the upper left corner). The title to define our plot title.

Let’s do the same for the second and the third waves.

The xlabel('') and the ylabel('') defined the names of those labels.

Note: Please be sure to execute all of the code together to allow the 3 plots to appear in the same figure.

This is just the tip of the iceberg when it comes to MATLAB. Change the amplitude, frequency, phase, and subplot numbers.

Try it out for yourself and see the results. For more articles and updates on MATLAB and SimuLink, follow the languages section. Have a nice day.