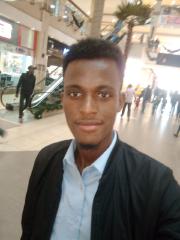 Getting Started with Classes and Objects in C++

The C language limitations are evident when a software project is too large to manage. This problem was addressed by adding several extensions to the C language. The main incorporation was the concept of class. The most significant aspect of C++ classes is that it promotes object-oriented programming, which treats data as a critical element.

This article goes through the creation of classes, objects, and objects as function arguments.

To follow this article, you will need to have:

What is a class?

A class is a logical method of grouping data and functions in the same construct. It is declared using the class keyword, whose functionality is similar to that of the struct C keyword. Only with the option of including functions as members rather than data. Classes are data types specified by users and behave like a programming language’s built-in types. We can construct any number of objects, belonging to that class after the class has been defined.

What is an object?

An object is a data structure that encapsulates data and functions in a single construct. In an object-oriented framework, they are the basic run-time entities. Objects can represent anything the program has to handle, such as a shape, a place, time, and many others.

Objects communicate by sending messages to each other when a program is being executed. Each object requires data and functions to modify the data. They can interact without having to know each other’s data or function details.

Syntax of creating a class:

Let’s break down the syntax:

If the permission label is not specified or declared by default, it is set to private.

Let’s get started and create our first class and object!

On the next page, give the project a title. In this case, we are going to name it after our class person example. Keep the default settings. 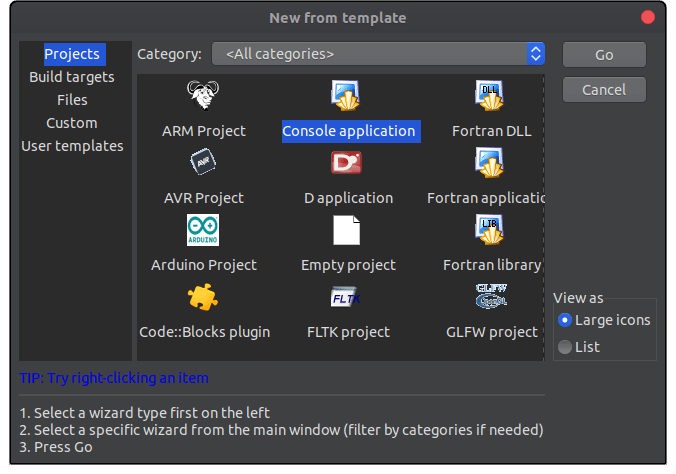 On your project window,

Go ahead and clear the default main function program example. Add the following code after using namespace std to create the class:

We can break down the code, as shown below:

It’s that simple to create a class. You need data and functions that manipulate the data. In the program above, we have created our class person, which is used to get and display the user’s name and age details.

The function prototype void display_details(void); can be defined outside the class using the scope resolution operator::, that specifies the class to which the member being declared belongs:

The scope resolution operator specifies that the function display_details belongs to the class person.

In this step, we will create the object, that is simply a variable of the type class. After our class has been defined, we can declare any number of objects from it in the main function. To create the object, we specify our class’s name, followed by the desired object name.

For example, from our class person, we can create an object as shown below:

Using the dot membership operator ., public member functions can be accessed through the class object. Related to a data member of the class that is accessed.

The dot operator specifies the data or function belonging to a particular object.

NOTE: The user is not limited to the number of objects he/she can create.

Step 5 - Compiling and running our program

Let’s put the concepts above together to create a complete program that will take a user’s name and age and display, as shown below:

We will compile and run our program here. Our program takes user input in the console window.

When the above code is compiled and executed, it produces the following result after entering the details we have stated above:

It can be done in two ways:

This is useful since we can transfer objects and allocate the supplied object’s values to the current object when we want to initialize all the data members of an object with another object. We need to use objects for complex or large projects as an argument or parameter.

We write the object’s name as the argument for passing an object as an argument, and call the function for other variables with the same process.

Consider the program below:

Go ahead and run the program here. output:

We are passing objects a1 and a2 as arguments to the member function sum and adding the value of c data members of both objects and allocating to the current objects (that will call the function, that is a3) data member c.

By creating a class, we can have more secure programs due to the emphasis on data. The class uses permission labels that control data access. We can declare many different objects to store data and functions that operate on the same data. They also contribute to the concept of inheritance, providing reusability, making it easier to create and maintain an application.