Declarative vs Imperative UI in Android

Every application has a UI framework behind it. These frameworks play a huge part in how the applications are created and their performance as well. They also have different ways of operation but can be summarized into two: declarative and imperative.

This article aims to help you understand the two and provide a short introduction to Jetpack compose.

Jetpack compose is a UI toolkit that makes use of declarative UI paradigm to create Android application’s UI.

Let’s take a look at some of the differences between Jetpack compose and the old XML layout system.

In the imperative UI system, we had both XML files and the Java/Kotlin files working together to bring about the entire application. In Jetpack compose however, there is only one language used for everything: Kotlin. The business logic and the user interface are created in the Kotlin classes and files. Pretty neat if you ask me! 😉

Before Jetpack compose, themes were set in the manifest files. The various style attributes were declared in the resources folder in XML files too. You also had Material design classes for the themes.

Jetpack compose also comes with a pre-configured Material design theme. You can customize this theme to meet your own demands in an easier way. It provides properties like shapes, typography and colors in the MaterialTheme composable.

In imperative UI, state management was not as easy as in declarative UI. Since the user interface was created using a tree of widgets, it became more error prone as the tree grew. To reflect a change in the data, you had to go through the widget tree to find the specific widget to update. And each of the widgets provided getters and setters for us to manipulate the views. This would ultimately change the state of the tree.

With Jetpack compose however, since we focus more on the data, it is easier to make changes. The framework checks whichever element that needs to be changed and applies the desired effect by recompositon. This leads to a better way of state management.

Since Jetpack compose makes use of Kotlin, it has access to it’s powerful arsenal of features. You can make use of control structures to manipulate the drawing of the user interface. This makes your user interface more dynamic when compared to the ones created using XML layouts.

Getting started with Jetpack compose

In Jetpack compose, we heavily rely on composables to create the UI. A composable is a normal kotlin function annotated with @Composable annotation. This function does not have a return value. Its contents are added to the screen on rendering.

You can create your own composables and make use of the provided composables to create various UI components. We shall take a look at some of the most common ones.

To start with, our activity class must extend ComponentActivity as from version beta-01. We then use the setContent function to start creating our composables and loading them on the screen.

I have created a custom theme called EatsTheme that overrides some Material theme properties to give the application it’s own special theme. 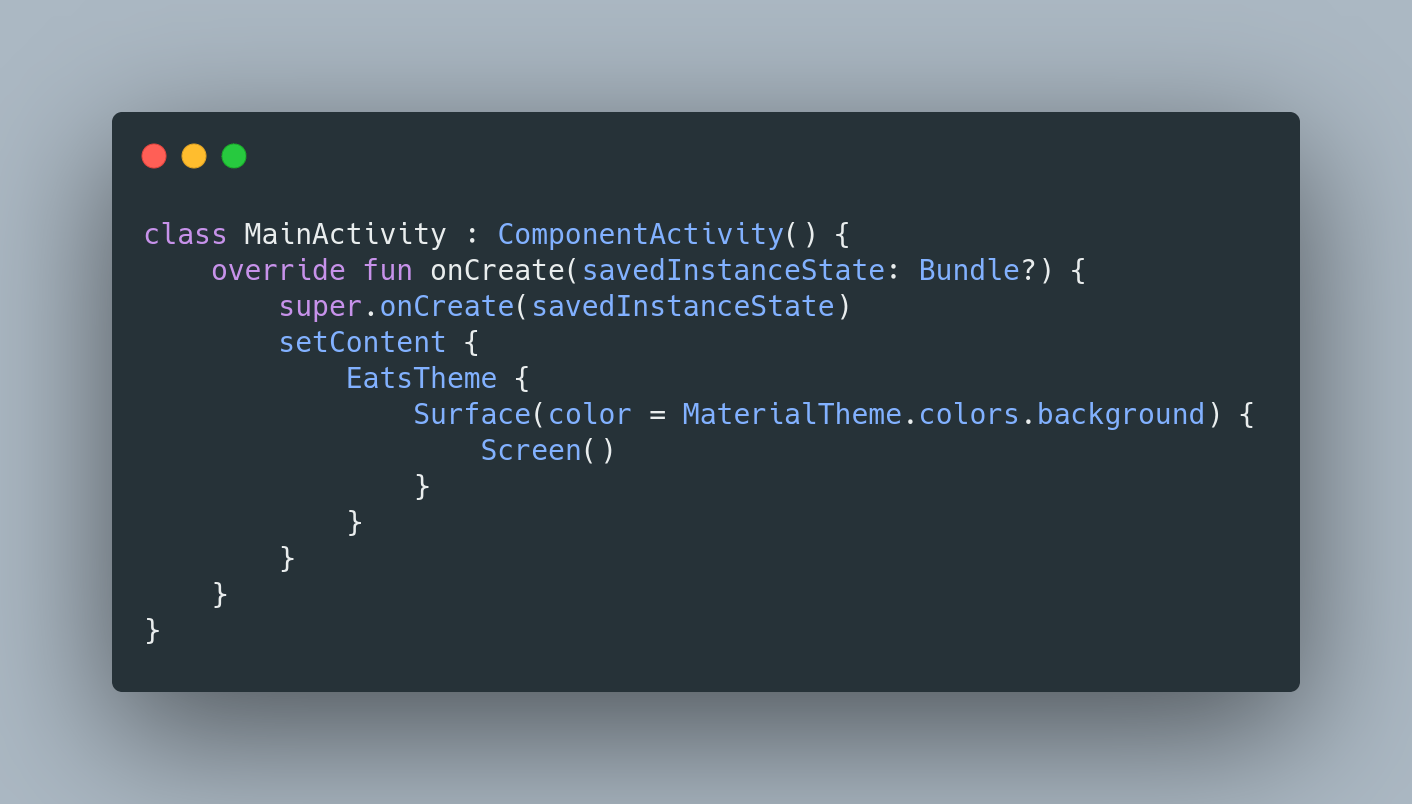 We then create a composable called Screen that will hold all other composables for this screen. 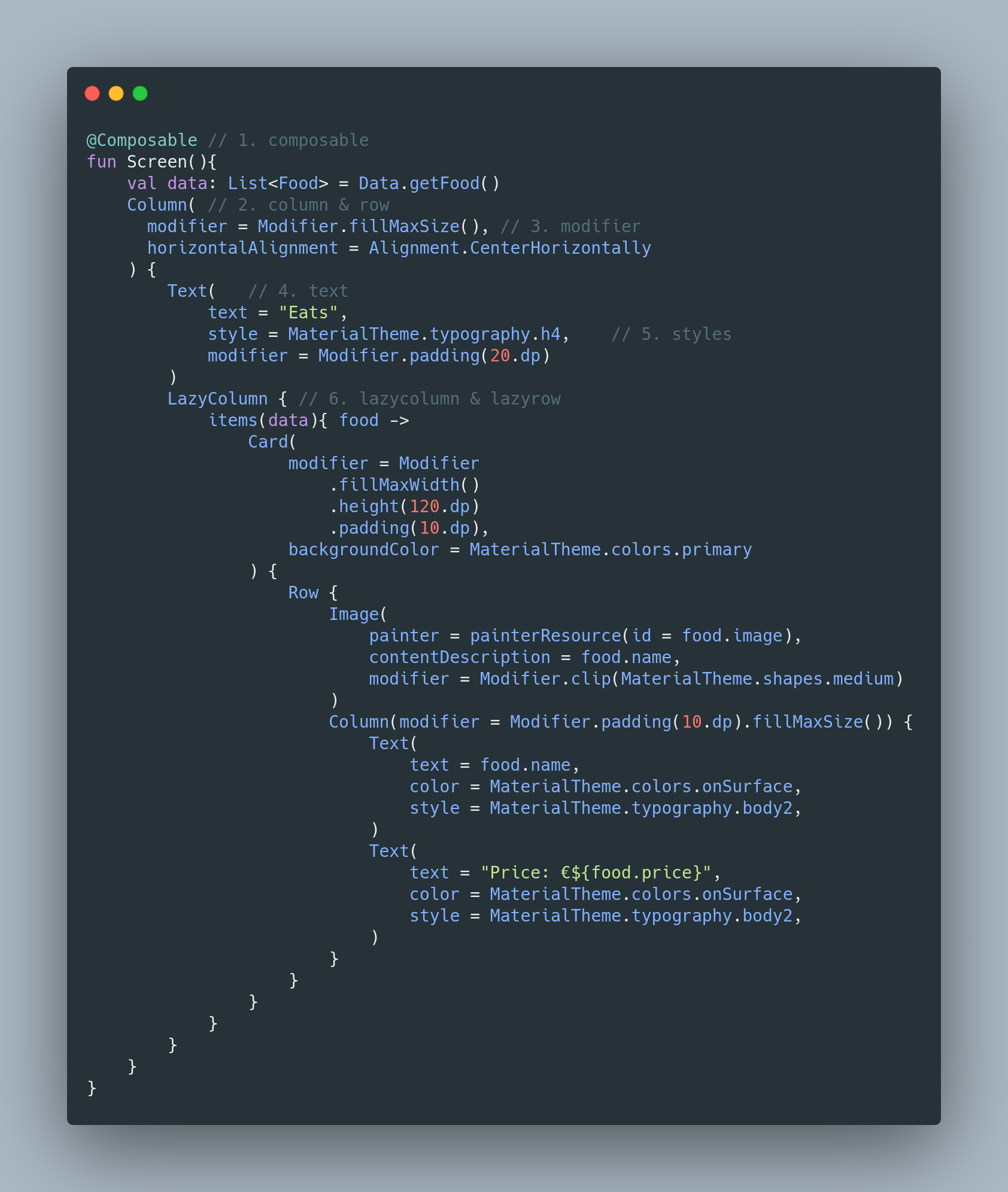 With that small code snippet, the resulting UI is shown below: 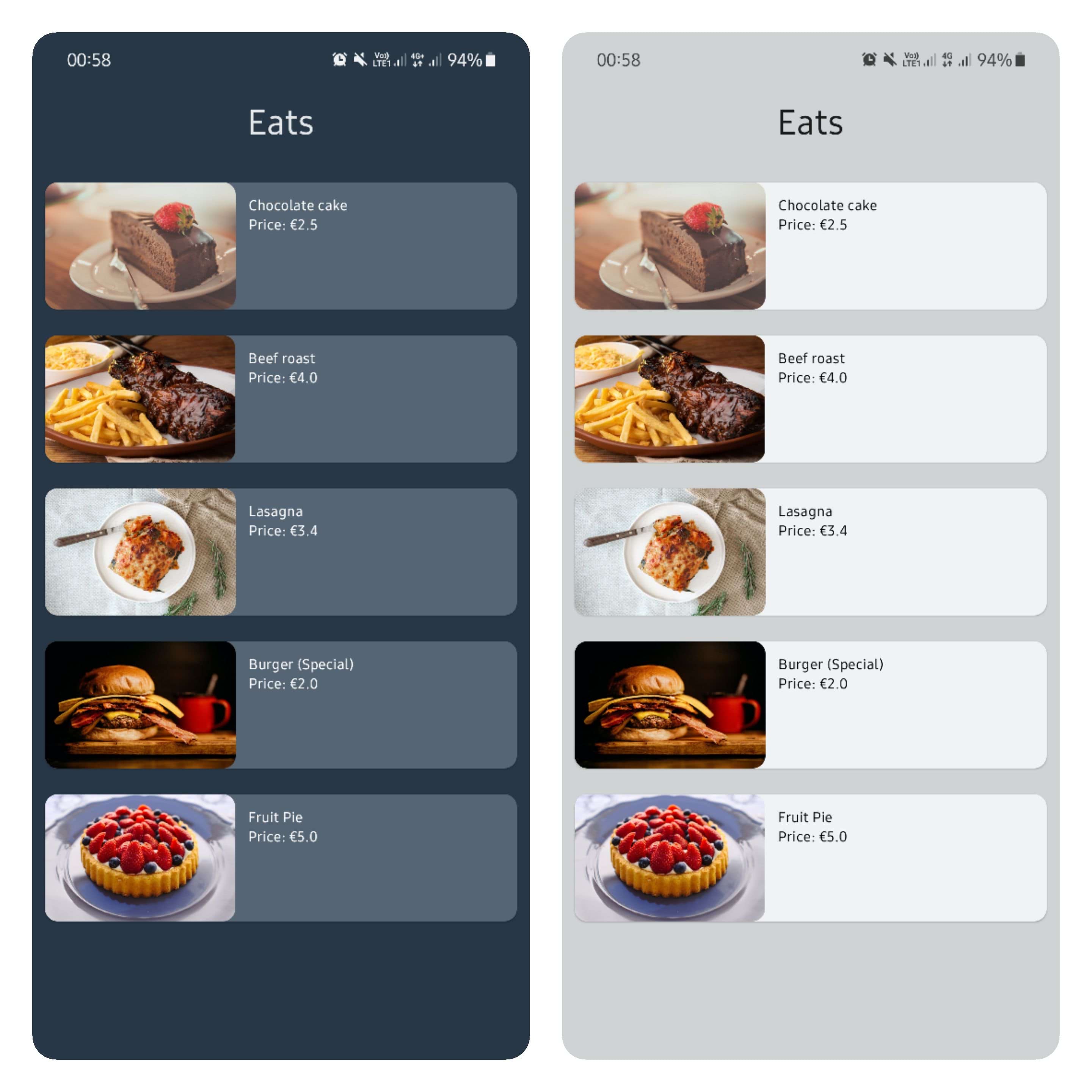 A more complex UI is like the one below. You can find the code on GitHub 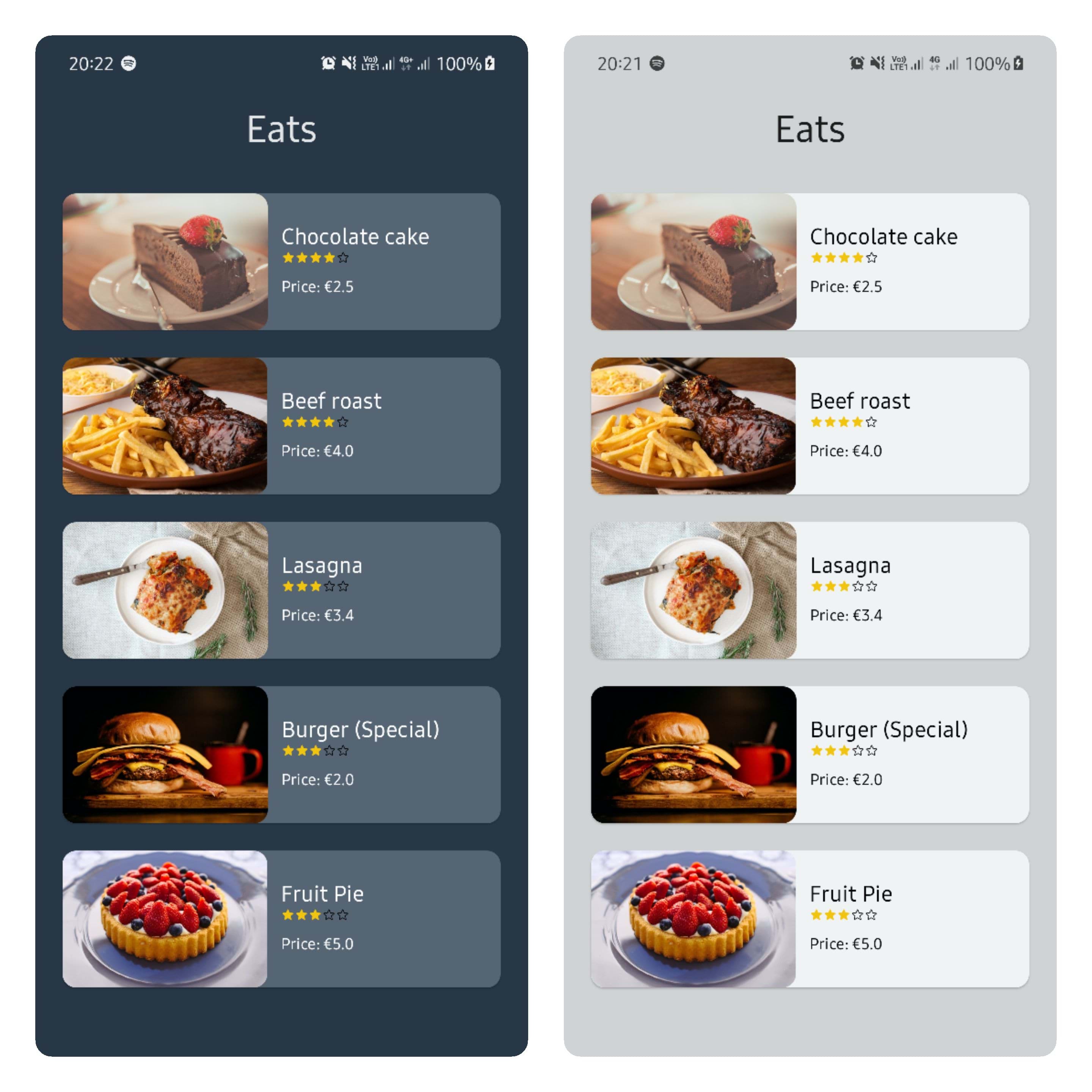 That is the difference between the old imperative programming and declarative UI. You should now get deeper into learning how to use the declarative format as it is more flexible and easier to use.