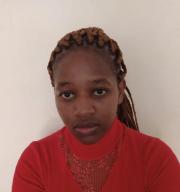 Rose is a self-taught full-stack developer. She also loves working with CMSs. She like helping developers solve minor issues that they encounter while developing applications.

Docker is a platform that enables you to build, manage, and ship applications. These applications are usually installed in specific areas known as containers. Unlike traditional VMs, Docker containers are super light and less resource-intensive.

Docker containers allow developers to package an application along with all of its necessary components, including dependencies and other libraries and distribute it as a single package. This enables the software to function the same way on different platforms or operating systems. In this article, we will learn how to containerize an AngularJS application.

AngularJS is a JavaScript front-end framework for building innovative and advanced web apps. It uses the same technologies as React.js and Vue.js. AngularJS can also be used to create back-end APIs, as well as full-stack applications.

In this guide, we’ll set up a simple Docker-compose script to containerize our AngularJS application

To start with, install Docker on your computer. You can follow this tutorial to get started with Docker.

If you are using Windows OS, you can download and install Docker desktop from here.

Next, run docker version in your command line to confirm if Docker was successfully installed.

If the installation was successful, you should see the following message: 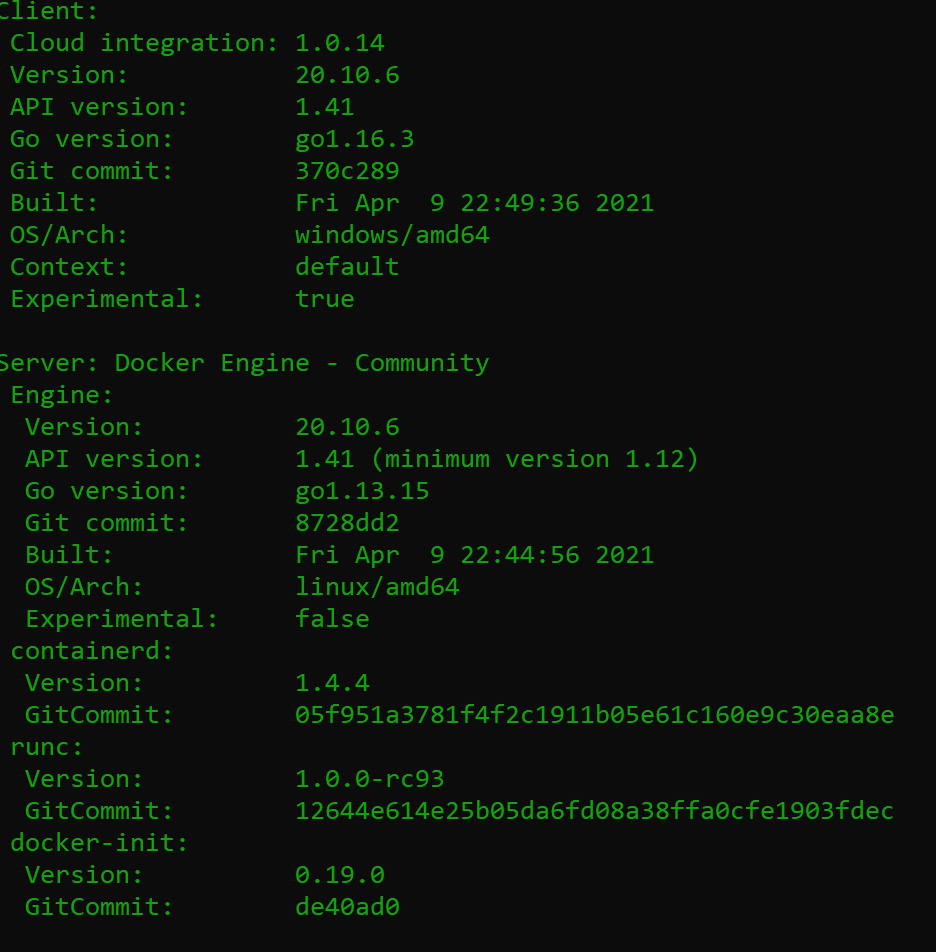 Go ahead and download the AngularJS application from this repository.

Alternatively, you can clone the repository using the following command:

After a successful clone, install the dependencies of the application by running:

A Dockerfile is a text file that contains instructions for creating a Docker image.

At the root of the cloned AngularJS project, create a Dockerfile, as shown below. 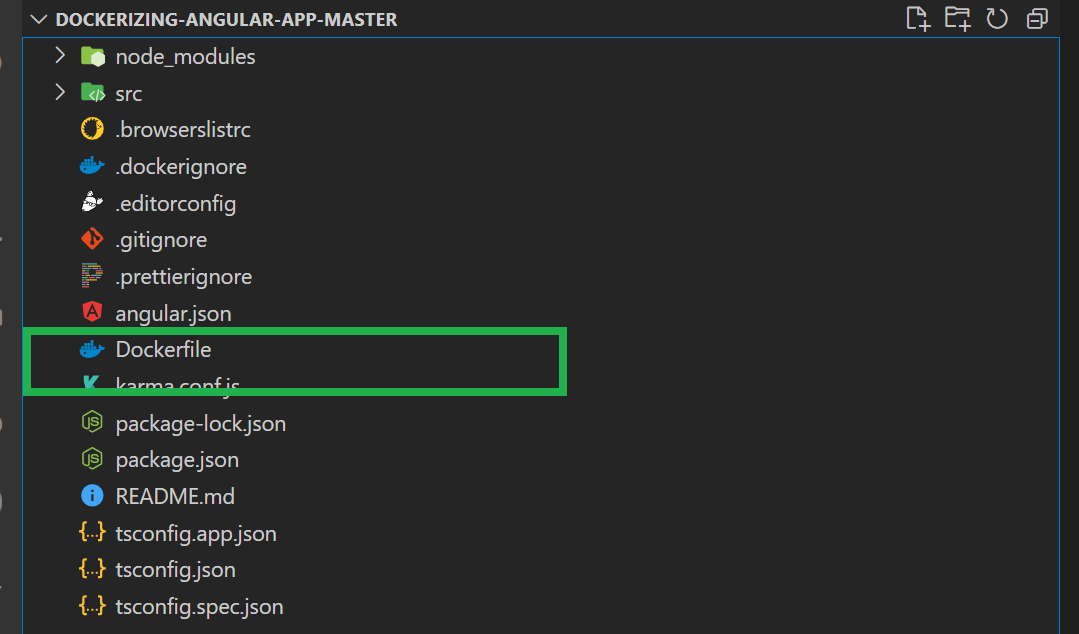 Some of the important Docker commands that we will use include:

Let’s write down the Dockerfile instructions.

Add the following commands inside the Dockerfile:

In the commands above, we are:

Nginx is a C-based open-source web browser server that also functions as a reverse proxy and load balancer. In this article, we are observing Angular files using the Nginx server.

In the commands above, we are:

Setting up a docker-compose.yml file

At the root of the project, create a file and name it docker-compose.yml. 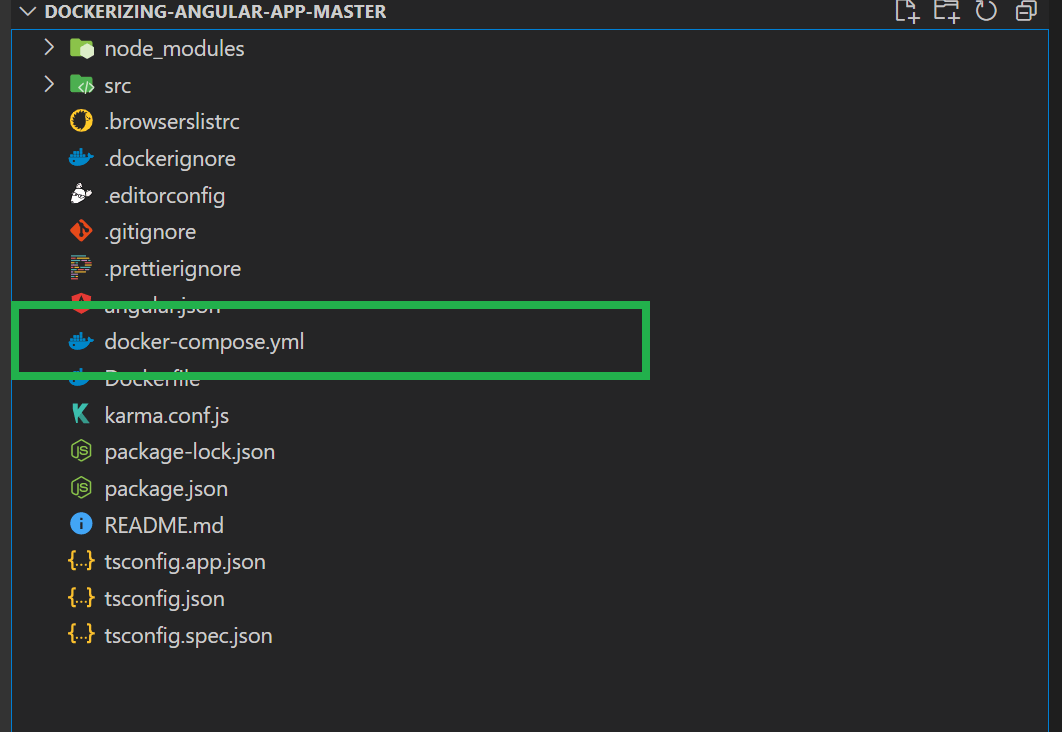 Add the following contents to the file:

Let’s now understand what the above components do:

From your terminal (at the root of the project), build your image by running:

Enter the name of the service specified in the docker-compose file as the <name_of_your_service>. In our case, it is angular-service.

The build command should look as shown below: 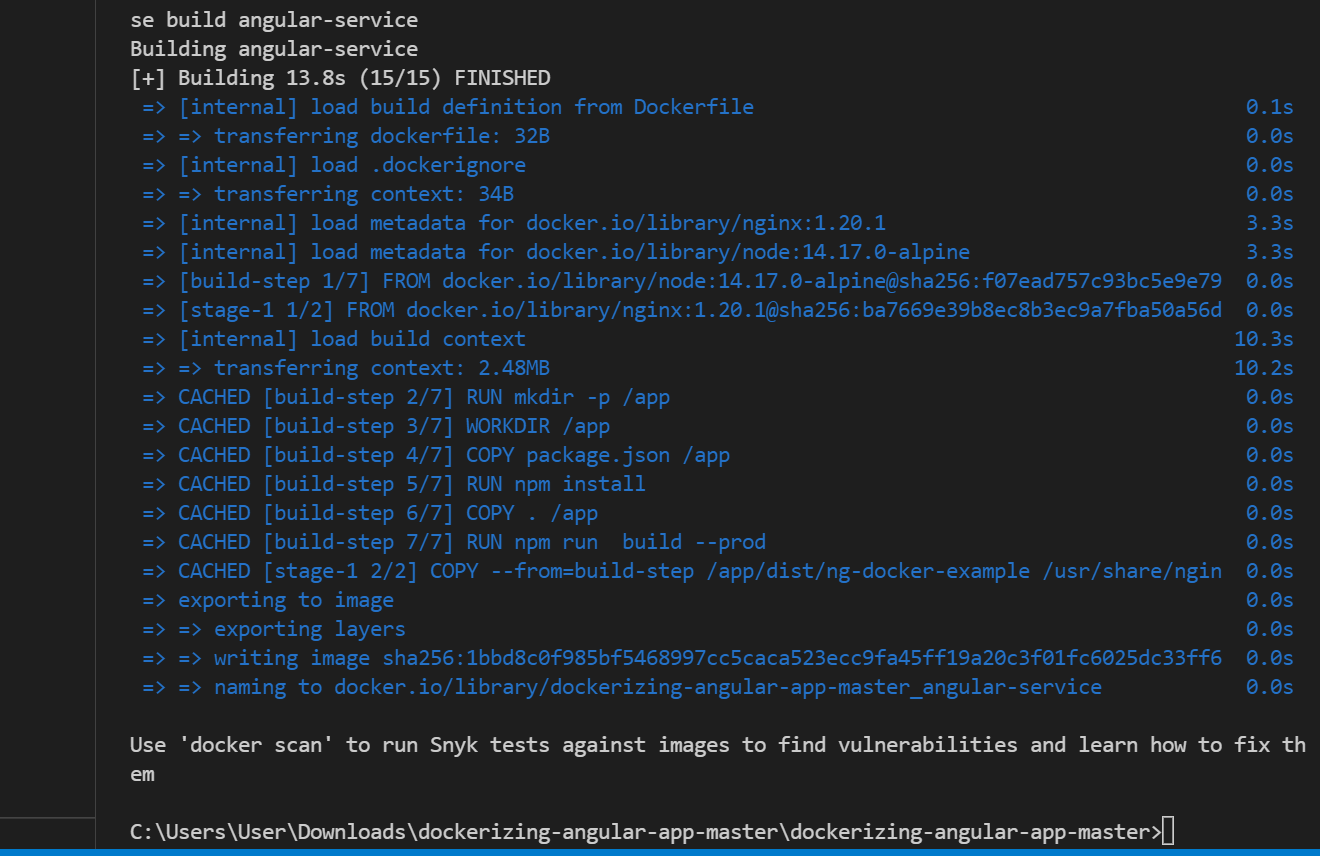 After all the steps are finalized, run the following command to initialize all the services specified in the docker-compose file: 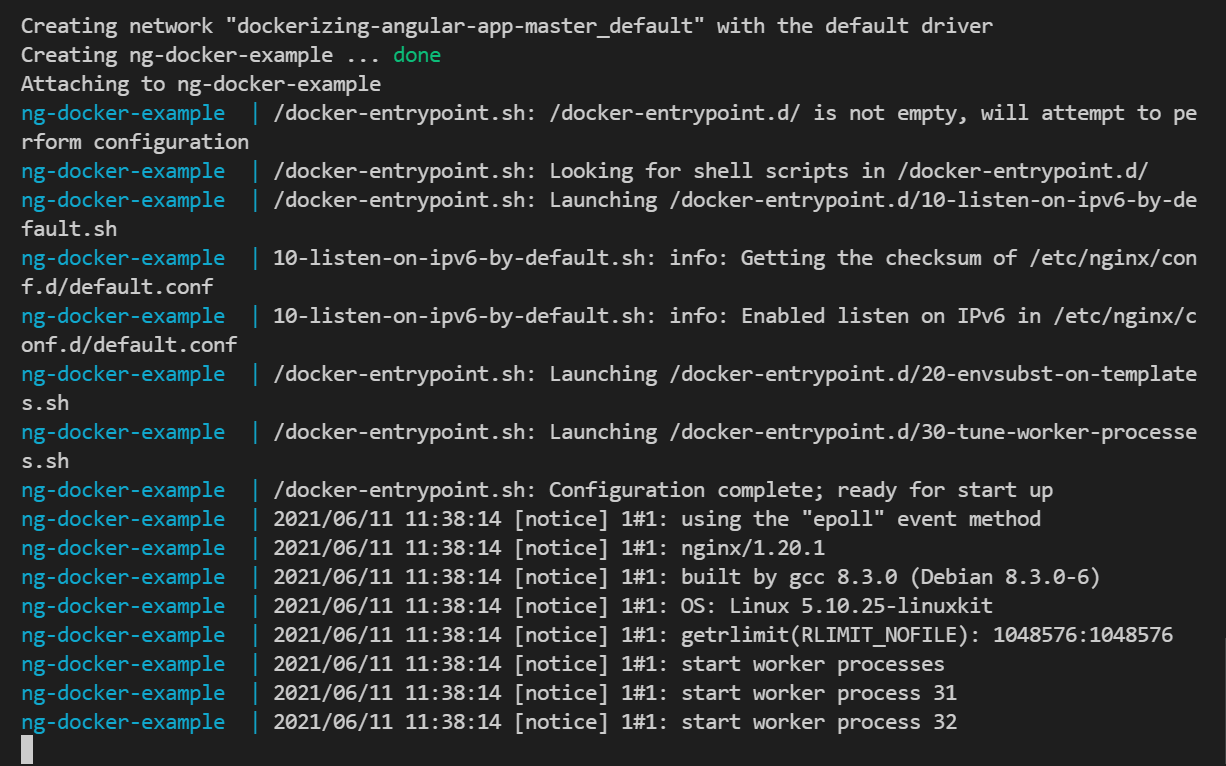 The dockerized AngularJS application is now up and running. You can access the containerized application from your browser by navigating to http://localhost:4200.

You can confirm your Docker build image by running the following command:

With the image set, you can deploy it to Dockerhub or share it with teammates.

Docker virtualization is indeed an incredible technology. It can be used to virtualize almost any sort of application. AngularJS is mainly used to develop frontend web designs. However, you can still use it with backend technologies such as Node.js. The fun part is that you can still dockerize it as a full-stack application.